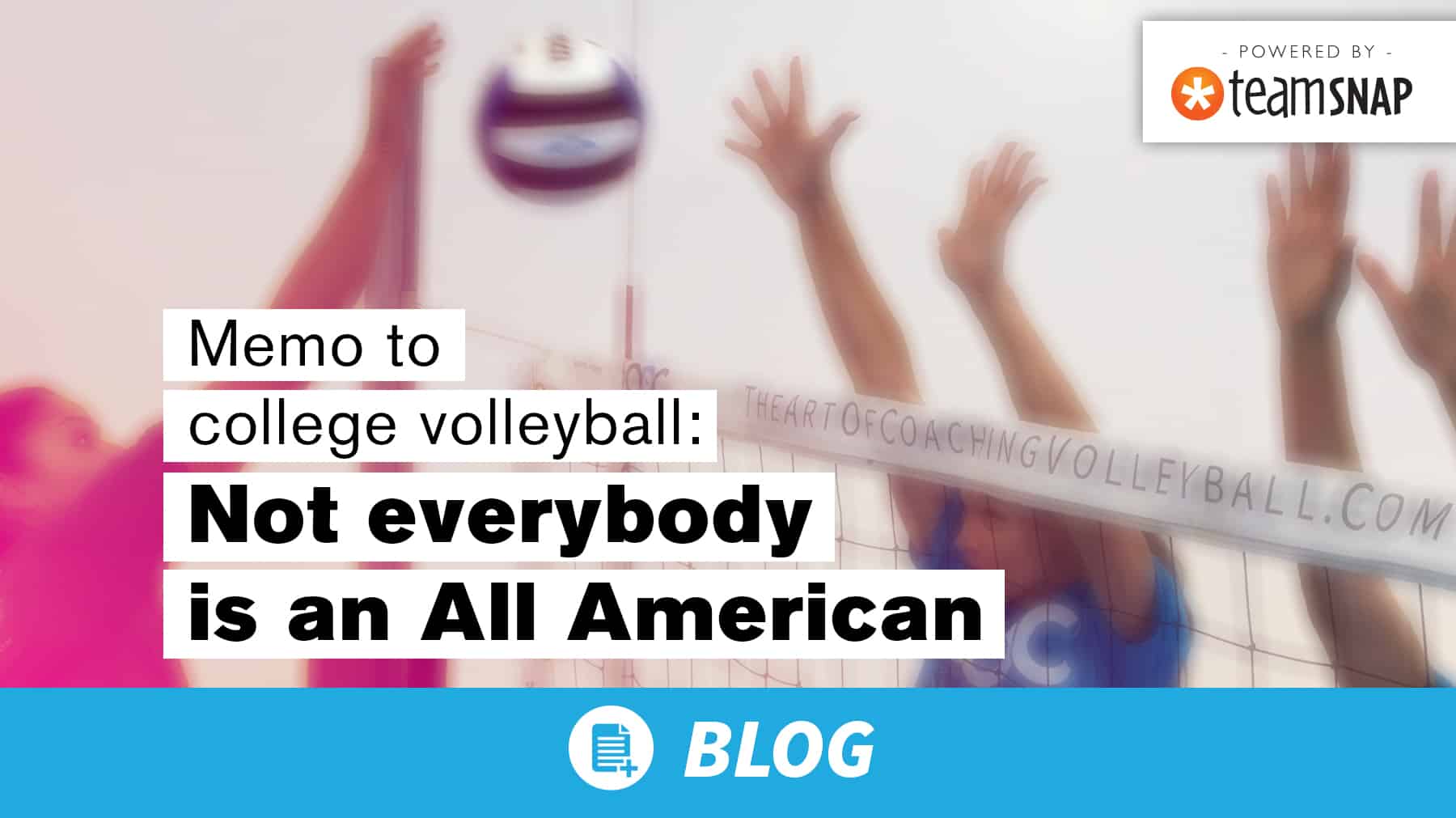 In a week, the “regular” season for collegiate volleyball will come to a close and we’ll enter the NCAA championships. Many of the 64 teams selected for the Division 1 tournament know their chances of going all the way are minuscule. These are much like the odds faced years ago by Chuck Wepner (nicknamed the Bayonne Bleeder for his propensity to bleed during heavyweight prize fights) as he entered the ring against Muhammad Ali. That didn’t keep him from taking his best shot to shock the world, and many of the 64 volleyball teams will have a similar “shock the world” approach when the tournament begins.

Marching conjointly with the championships are the obligatory end-of-season awards for players, coaches, teams and pretty much anybody else associated with the sport. We all enjoy having our efforts recognized. However, it seems that the awards program for the collegiate athletes is beginning to resemble the “every player gets a ribbon” approach of youth sports.

An op-ed piece in The New York Times in 2013 shed light on this trend in soccer.

“In Southern California, a regional branch of A.Y.S.O. hands out roughly 3,500 awards each season — each player gets one, while around a third get two. Nationally, A.Y.S.O. local branches typically spend as much as 12 percent of their yearly budgets on trophies.”

Too many awarded athletes

For a moment, let’s look at this award aggrandizement in mathematical terms. Assume that most of the 118 athletes recognized last year as All Americans played in programs that were ranked in the top 100 in the country. One would assume that an All American is a member of a decent team. So those 100 teams each have 6 starting players. My guess is that an All-American player is a starter, so 118 athletes out of 600 starters were named All Americans. That means 19.7 % of the starting players in the top 100 programs in the country are considered All Americans.

Honor great players by not honoring so many good players

I would assume this expansion of All Americans was done so schools could promote individuals inside their respective programs. But I think there are better ways to market a team or a program than passing out All-American accolades like Halloween candy.

If, within the AVCA award framework, a player is recognized as “All Region,” that’s great. Players selected as All Region should carry that title with pride. But let’s stop the All-American recognition at 42 players. All-American awards should be a distinction reserved only for the “great” ones.