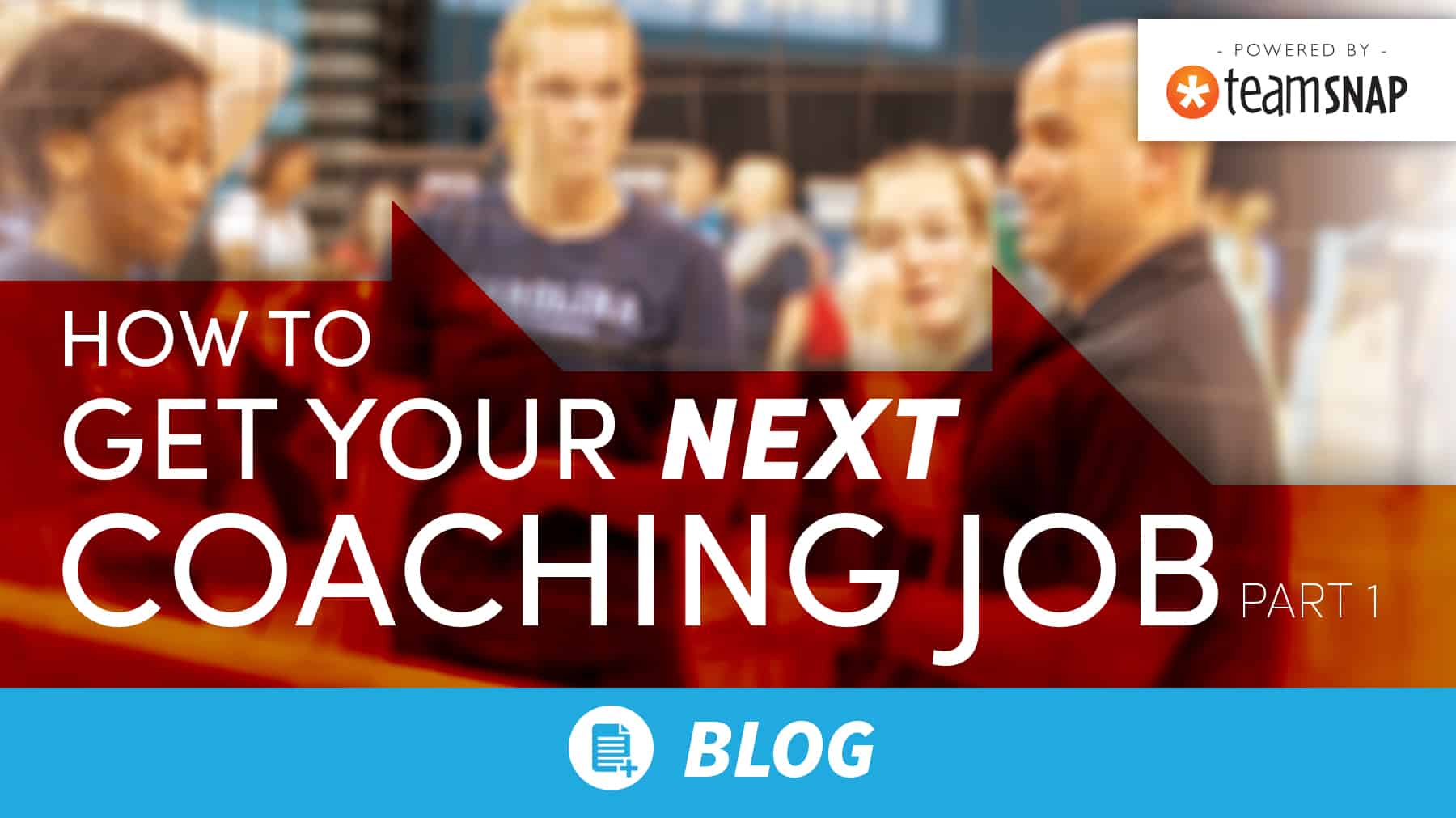 In a competitive business such as coaching (volleyball or any other sport), coaches compete not only on the field of play but in the business arena of their profession. The most visible of these is undoubtedly the battle for jobs when appealing positions become available.

From the perspective of someone who has nearly 40 years of experience in various aspects of athletic administration, including more than 30 at collegiate institutions (NCAA Division I-II and III levels), and headed up or been part of more than 100 job searches, I wanted to use this space to talk about the environment surrounding the process and your preparation for those opportunities.

In part 1 of this 3-part series, I’m going to touch on 4 key areas, most of them obvious but often surprisingly neglected or mishandled in the job search. They are always important, some more so at different junctures of your career.

Do you have a well-defined career path in mind, one that includes what type of organization you’d like to ultimately work for (professional, collegiate, high school, club) and at what level? You should. But most people don’t emphasize it early enough. It’s kind of like trying to convince young adults that they should start investing in a long-term financial plan. They listen but often don’t hear.

Knowing where you want your professional journey to culminate goes a long way toward determining what steps you take along the way. Does the job you’re pursuing make sense in relation to the ultimate destination? Often times, the wrong opportunities present themselves during your career and instead of making a long-term decision, your competitive nature and the lure of attention/interest/dollars from another institution overcomes rational decision-making.

Honestly, I did a very poor job of this. Although I retire satisfied with the work that I’ve produced, the impact delivered and wonderful memories, there’s also a tinge of regret and disappointment about not getting to a level that I might have been capable of because I didn’t really have a good plan and missed out on early guidance.

By the time I’d decided where I would eventually like to end up professionally, in many ways, the course I was already entrenched on sorely limited my options.

2. Do your current job well

The best way to get the next job you want is to do the one you have well. It amazes me how many people are blatantly looking ahead as soon as they start a new job, immediately trolling for things they can add to their resumes, titles they can attain, how they can play up to the boss.

Some of this may be an unfortunate necessity, but always keep in mind what’s best for your current employer and develop the habits of a good employee –most important, concentrate on doing what’s right for the organization. Those types of things have the most value and come back to serve you well down the line.

For those who choose to focus on “me,’ remember, while you may not care what co-workers think about you, habits and reputations tend to carry over from one job to the next. It’s one thing when fellow employees don’t like you and quite another when you’re in a leadership position and people who work for you don’t like you. Getting “there” and having the experience and background to handle a top position are two different things.

Your talent, skills and work ethic will usually carry the day as you move from entry level to what we’ll call a “middle management” position. Do your job and people will notice.

In looking at the number of applications I have over the years, I’ve found it interesting that people at the entry-to-mid-level positions seem to move around a great deal more today than they did in years past. Some would say that this is a sign of an individual who wants to get ahead, isn’t afraid of a new challenge or is in high demand. For me, it’s usually a red flag that requires further investigation.

I’ve always had a general rule of thumb that if you’re not in a position for at least 3 years, it’s unlikely you’re going to have had any lasting impact. That, to me, is what most organizations are looking for in a new employee – someone who is there long enough to understand the organization, improve on what’s already in place and eventually implement his/her own ideas based on the culture of the program. Too often today, I see coaches/administrators who take what they’ve done or seen done at other programs and apply that at their new institution without taking the time to learn how such actions would fit into the environment they’ve entered.

This is an area where today’s coaches and athletic administrators seem to be well ahead of their peers in other professions. At nearly all conferences, conventions and coaching clinics, networking is among the topics consistently given priority.

The younger generation has a plethora of information and tools at its disposal. These instruments are invaluable when it comes to researching jobs and people. It certainly would have been nice to have had NACDA in its current form, coaching organizations, social media, LinkedIn, Google, etc. available 40 years ago. For coaches, who network incessantly in the recruiting world, it’s important to extend that effort into the administrative realm. This is where the people who hold the key to future employment reside. While it’s nice to know and connect with fellow coaches nationwide, they are rarely the decision-makers when a job offer is to be made.

I believe most younger coaches and administrators would say they use these resources very effectively, and that might be so. But networking is more than having 2,000 contacts on LinkedIn, more Facebook friends than any of your colleagues or tweeting a certain number of times per day. It’s still face-to-face communication and collaboration that creates a true network/relationship, and you should never miss out on opportunities to connect with those who might be decision-makers or influencers over your future job prospects.

As mentioned above, talent and work ethic will get you about halfway home in the hunt for the top athletic positions. It becomes a bit more random when you’re looking for a truly high caliber position. The 2 most important factors, aside from your competitive success, are who you know and how you’re positioned. The latter is something even many top-flight coaches don’t factor into the process.

Positioning should be part of your planning. If you want the head coaching position at University X (or a group of similar institutions), you need to think, “Where do I need to be to get consideration for that job?” For example, you may be one of the top NCAA Division II or III head coaches in the country (and there are some incredible coaching talents at both levels), but it’s highly unlikely that you’ll move from there to a premier Division I head coaching position without some type of pre-existing relationship.

If you want to be the head coach at a Power Five school, it would behoove you to be well-versed in the positioning of past hires that a particular institution has made. This will provide you with a road map for success. You would be surprised at how much the top schools tend to copy each other operationally. Just as coaches tend to emulate the “playbooks” of the top teams in the country, administrators often “play it safe” in the same way.

In part 2 of this series, which will be posted next Friday, Ken Grosse advises on how to separate yourself from the masses when you connect with the university, from casual conversations with school representatives to full-fledged campus interviews.