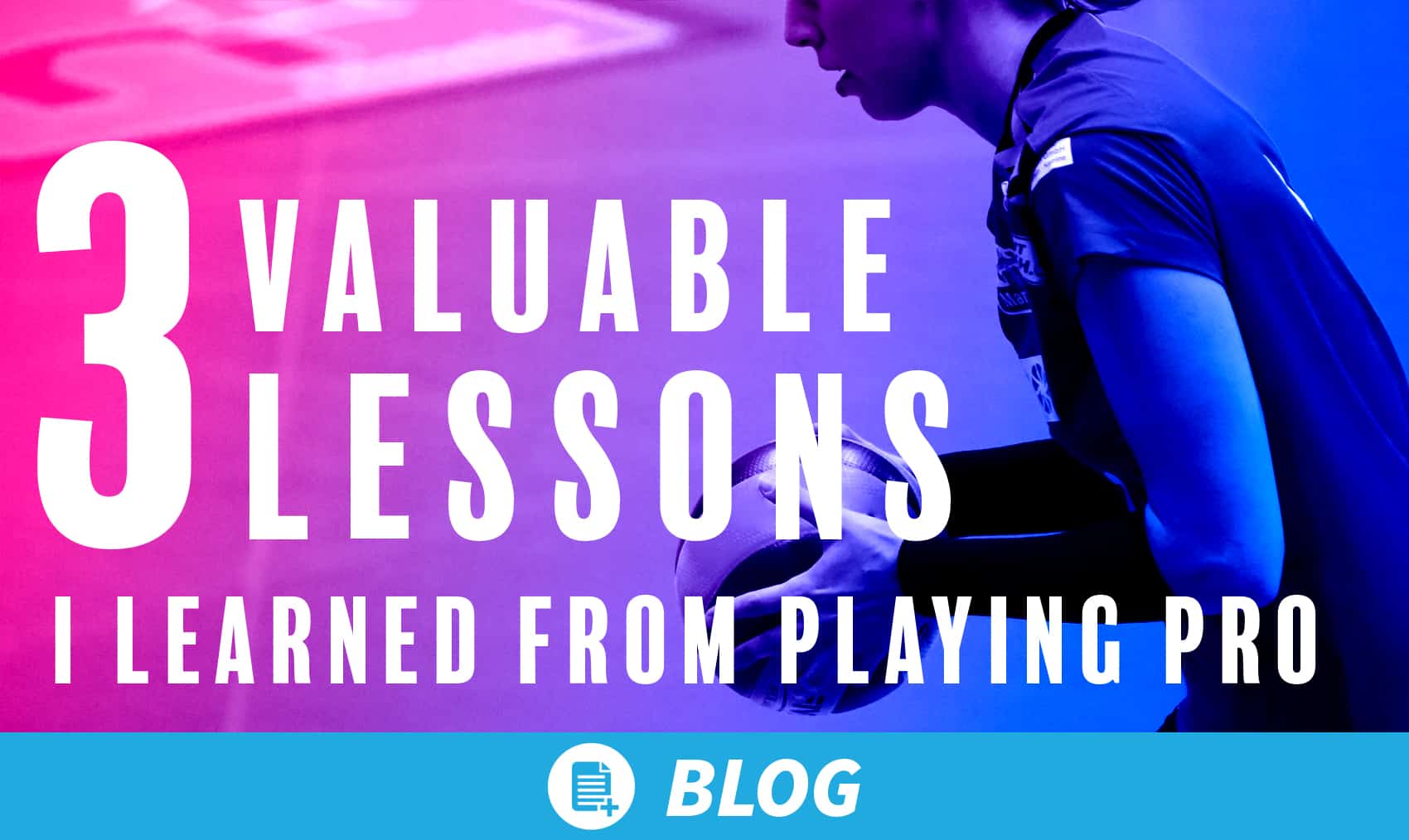 In our league, we played three sets per match, no matter what. There were multiple reasons for this, including managing the load on athletes’ bodies and taking away some of the uncertainty that complicates TV broadcasts. Instead of the match winner being decided by the number of sets won (meaning one team might have already won by the end of the second set), the winner was the team with the greater overall number of points. So, for example, if you won each of the first two sets 25-23 but then lost the third set by 5 points, you would lose the match.

Some people might think this is less exciting or may just be resistant to change. I’d argue that not only is it just as, if not more, exciting, it also emphasizes something that coaches have been preaching forever -- every point counts. No matter how much we tell players this, there comes a time in a match where it loses some of its power. If you’re up or down 10 points, it’s easy to lose focus or energy. When situations like that came up during AU, though, it increased our urgency. We reminded each other not to worry about winning the set but to just close the gap one point at a time. We knew that losing the first set 25-20 instead of 25-16 might be the difference-maker at the end of the match.

2. Hold yourself accountable for adding value to your team

The other unique part of the scoring in Athletes Unlimited matches was the individual points system. Somewhat like fantasy sports, our players scored points not only for team wins but also for their individual stats. You might think this takes away from the team aspect of the sport, but I would disagree. First, team wins still held the most significant weight in the scoring system, so the best way to help yourself was to help your team. Second, the stat points are really just a way to measure how much you helped your team.

Whether or not you are getting individual points for it, every time you touch the ball you are helping or hurting your team’s chances to win that point. And, if you use any kind of stats, all of those touches are being recorded anyway! What individual stat points do is give you a way to see how you can add value, or where you might be hurting your team. For example, as an outside hitter, if I’m not putting balls away, then I know my passing, defense and serving needs to be great so I can keep adding value to my team. I’ve always known that, but this gives me a way to measure it and hold myself accountable. There are coaches around the country who have already tried using our scoring system in their own practices. I’d encourage you to try it, but I would also explain to your team what I explained above, which I talk more about here.

As an organization, Athletes Unlimited places an emphasis on being athlete-led. That means athletes are involved in decision-making at all levels of the league, but it also means that our coaches have less authority than they might otherwise. So our coaches (and they were incredible this season) are more collaborative than dictatorial. They still give feedback and help strategize, but there is also a lot of conversation between the players themselves around how to prepare for an opponent or what adjustments to make.

While this situation was a new one for me, the best coaches in my career have also leaned more toward collaboration. They ask questions, listen to feedback and empower athletes to hold each other accountable. That’s probably why I felt really comfortable in this system. But I think as coaches, we all must ask ourselves ... would my players thrive in that kind of environment? Are they able to think independently about the game? Can they communicate what they see?

We spend a lot of time learning how to play the ball but not always how to play the game. If all you ever do is tell your players where to stand, where to set, where to hit, where to block, and never talk to them about why, you’re doing them a disservice. The goal of youth and college coaches should be to help their athletes ascend to the next level with an understanding of why and an ability to think through the game for themselves.