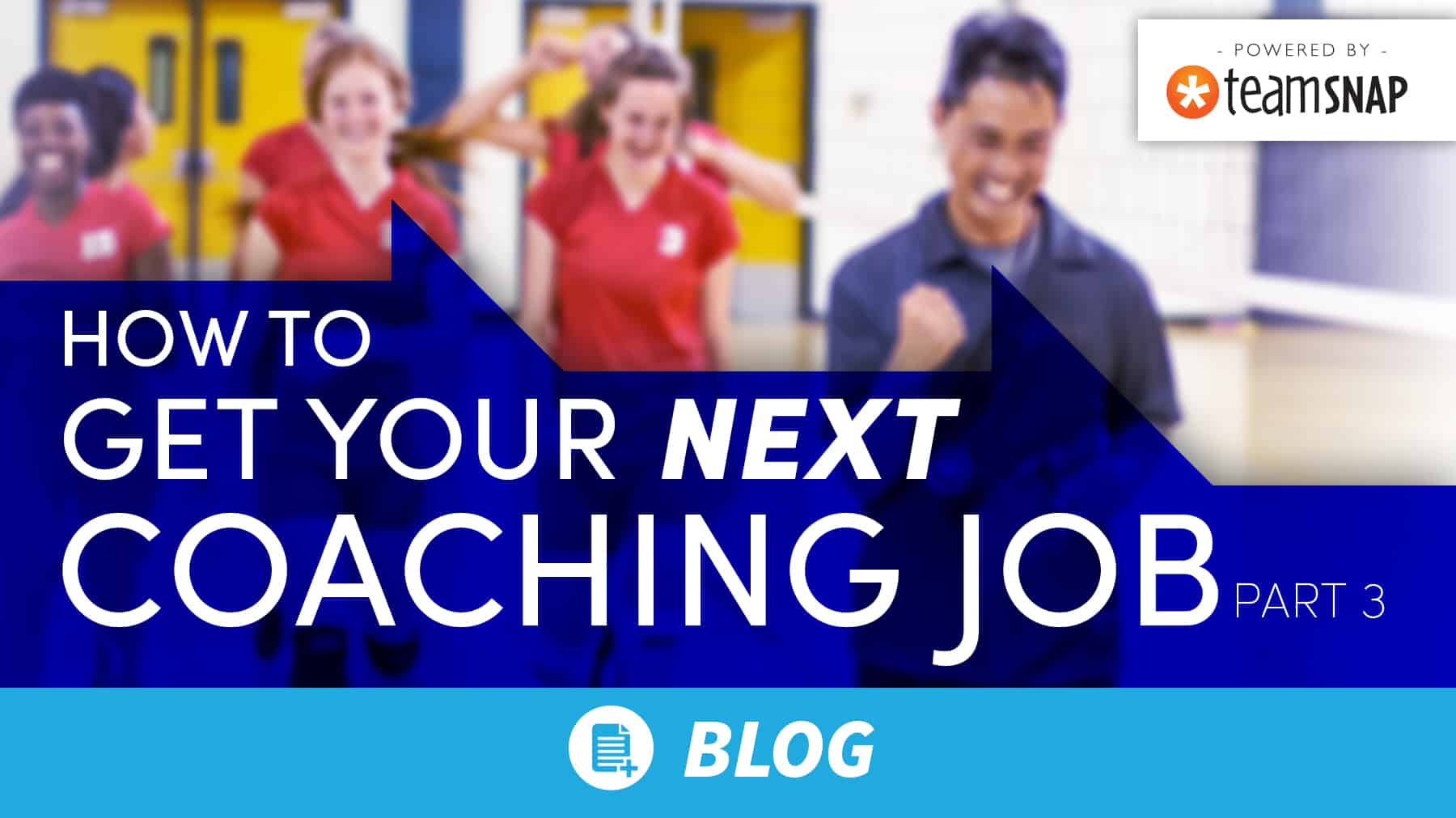 Phone, video and in-person interviews are all potential components of the process of getting a new coaching job in volleyball. They all have their own quirks that need to be addressed. Here are some tips on how to make a good impression in all three:

This is typically an initial part of thinning out the candidate pool. It’s usually a bit more casual but, from my perspective, fairly easy to be impactful following a few simple concepts. First, I’ve been part of many searches where, for time-saving purposes, the committee powers through a large number of interviews in one day, meaning that depending on where you are in the queue, the interest/attention of the group could be very different. You need to command their attention by projecting, showing energy/interest and keeping your answers to the point. It’s always good to slide some institutional knowledge into the conversation (without being encyclopedic about it); same with addressing interviewers by name and maybe demonstrating that you’re familiar with what they do.

Should the committee offer you the opportunity to ask questions, one or two are appropriate, but make them job-related and don’t take over the dialogue. There will be plenty of time to get those answered. Also, make 100% certain your connection is solid – nothing is worse than sitting through this type of session when the audio is going in and out.

I’ve actually sat in on a phone interview where the candidate told us he had to pull over to the side of the road to talk (and later, in the same call, listened in while he had dialogue with a highway patrolman who stopped to see what he was doing). There was also the person who told us he was on the roof of a department store to get better reception. Both are funny but also demonstrate to the listener that maybe this isn’t all that important to the speaker. Needless to say, the most memorable thing about these interviews was not their qualifications.

Conferencing/Skype/etc. – Same things apply as in the phone interview, but I would suggest taking the time to set up the “look” on your end, including your attire and framing the shot so as to not have distractions in the background. You should also put yourself at a comfortable range from the camera. It doesn’t hurt to do a short “run through” that you can play back and see what you look like.

Usually reserved for the serious/finalist candidates, these are normally lengthier, involve more people and offer more of a chance for both sides to get an in-depth feel for the other.

Several obvious musts – be on time, dress appropriately (if possible, wear the colors of the interviewing institution or team and definitely not those of their primary rival), have handouts that can highlight your coaching philosophy, style, training schedules, etc. These may serve as props for answering some of the questions and will probably only be read later, but if you’re one of several candidates and the only one not bringing something to leave, it will likely be viewed in a negative light.

In terms of punctuality, most institutions will offer overnight accommodations if you’re coming from out of town. I would suggest taking them up on the offer. It’s a chance to travel on a more comfortable schedule, get a good night’s rest and be able to focus on the mission. If they offer to pick you up at the hotel, I would suggest doing that as well. Saves you from potentially being late due to getting lost, parking problems, etc.

Once in “the room,” use the relevant points from the in-person/video interviews information above, address the person asking each question, make eye contact with everyone and be yourself. You want to leave those in the room with a good idea of just who you are and what you bring to the table.

I’ve always felt that if I am confident in what I’m doing and am a great candidate for the position, I’m better off taking questions off the cuff and not trying to give a canned response. I’ve tried both, and it only took me one time doing the latter to know that I would never do it again.

Make sure you listen to what the committee members are saying and answer the questions that are asked. Many times they will open the primary interview session by telling you how long it is going to be (if they give you a schedule, check that), how many questions there will be, etc. Do the math and know how long to spend on any given question, particularly those that are basic in nature or don’t draw attention to your strengths. If the interview is going to run long, it shouldn’t be because you were talking too much.

Often, initial questions in the in-person interview might revert to something that was discussed on the phone. This is usually meant to lob the candidate a “softball,” allowing him/her to relax and ease into the conversation. In one such moment where things went terribly wrong for the candidate and committee, the first question was simply to “tell us about your experience and qualifications relevant to the position,” a question easily answered by the resume and during the phone interview. The candidate had already been given the time constraints of the interview but began his response by saying, “I started with my sport when I was three…” and went through an entire timeline, effectively putting the room to sleep and the entire process about half an hour behind. Listen, know the parameters and measure your responses with them in mind.

Not answering questions directly, particularly important questions, is something that is inevitably mentioned during a committee recap. Don’t make that mistake.

Most of the time, the questions are being asked by administrators and answered by coaches. You need to think like an administrator when answering and know the type of questions that will be asked. They’re not necessarily looking for you to prove you’re the smartest person in the room, but you do need to show that you have a grasp of the topic and an idea of why it’s important.

A couple of questions that I’ve surprisingly seen confound coaches on a regular basis are, “What is your coaching philosophy?” and “What type of player would you be trying to recruit to ‘X’ institution?” Questions like these may seem simple, but they are either something non-head coaches have rarely thought about or something many coaches answer generically without giving a thought to the institution in question.

Make use of the time you have on campus outside of the search committee interview session. This is something that is applicable to both sides involved in the process.

Members of the committee will never stray too far from the script during the interview. That is your time to shine and in front of their peers, the committee members rarely press too hard or risk saying anything that could be viewed as unfair, favorable to one candidate over another or unacceptable policy-wise. Along the same lines, candidates want to get as many positive points out about themselves as possible while not doing anything that might alienate anyone on the committee. One-on-one sessions, lunches, tours, etc. are all ripe opportunities for interview and interviewee to learn more about each other.

As a committee member, I’ve always taken every opportunity I could to get individual time with each candidate. During that period, I like to ask harder questions, find out about things I might be hesitant to pose with others around and have a little fun with the other person to see what they’re like when they’re not worried about making an impression.

For the candidate, it’s a good chance to get more honest opinions on the culture of the program, what the working environment is like and what unforeseen challenges the new hire might be facing. Know as much as you can about the person you’re talking to in order to inform the kind of questions you ask.