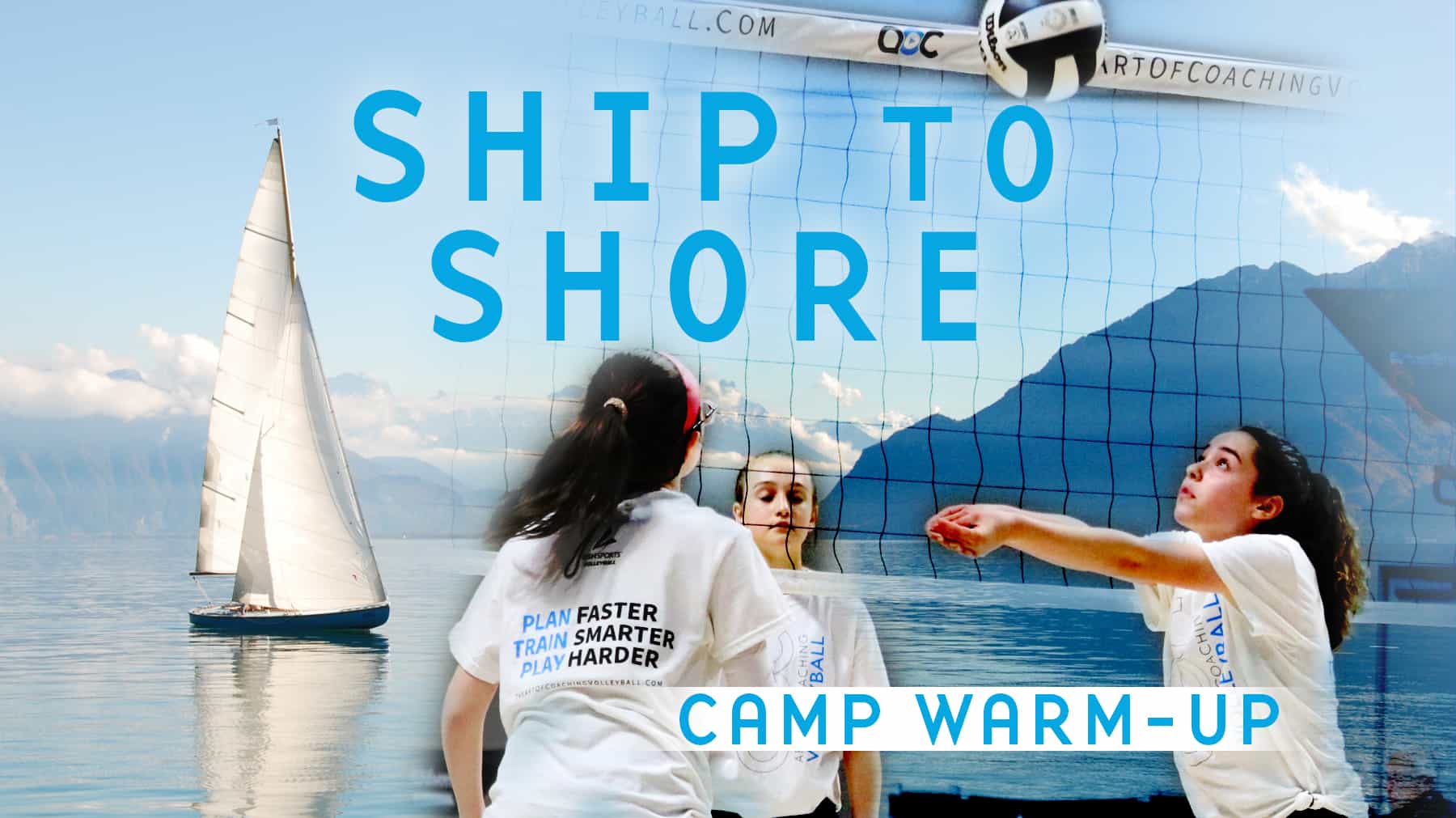 Looking for a fun game to run with campers this summer? Try Ship to Shore, a great warm-up activity that gets all players moving and ready for a day of learning!

Ship to Shore is just like the childhood game of Simon Says. One person (usually a coach or other camp helper) is giving one of the commands from the list below that the campers must follow. If a camper does not follow the command correctly or, for some of the commands, does not find enough people to complete the command, they are "out". Players who have been eliminated can do warm-up exercises, volleyball skills, or can sit out for a set amount of time and then re-join the game.

Man Overboard | 2 person action
One camper gets down on their hands and knees. The other camper gently places one foot on the other camper and shades their eyes and looks out for the "man overboard".

Captain is Coming | 1 person action
Each camper stands at attention and must salute. Campers can not move from attention until the coach calls "At ease!", even if the coach calls out another command. If a player moves, they are out.

Hit the Deck | 1 person action
All campers lay down on their stomachs.

Row Boat | 3 person action
Three campers get together in a line and sit down. They must act like they are rowing a boat while they sing "Row, Row, Row Your Boat".

Octopus | 1 person action
Campers must lay on their backs with their arms and feet flailing in the air.