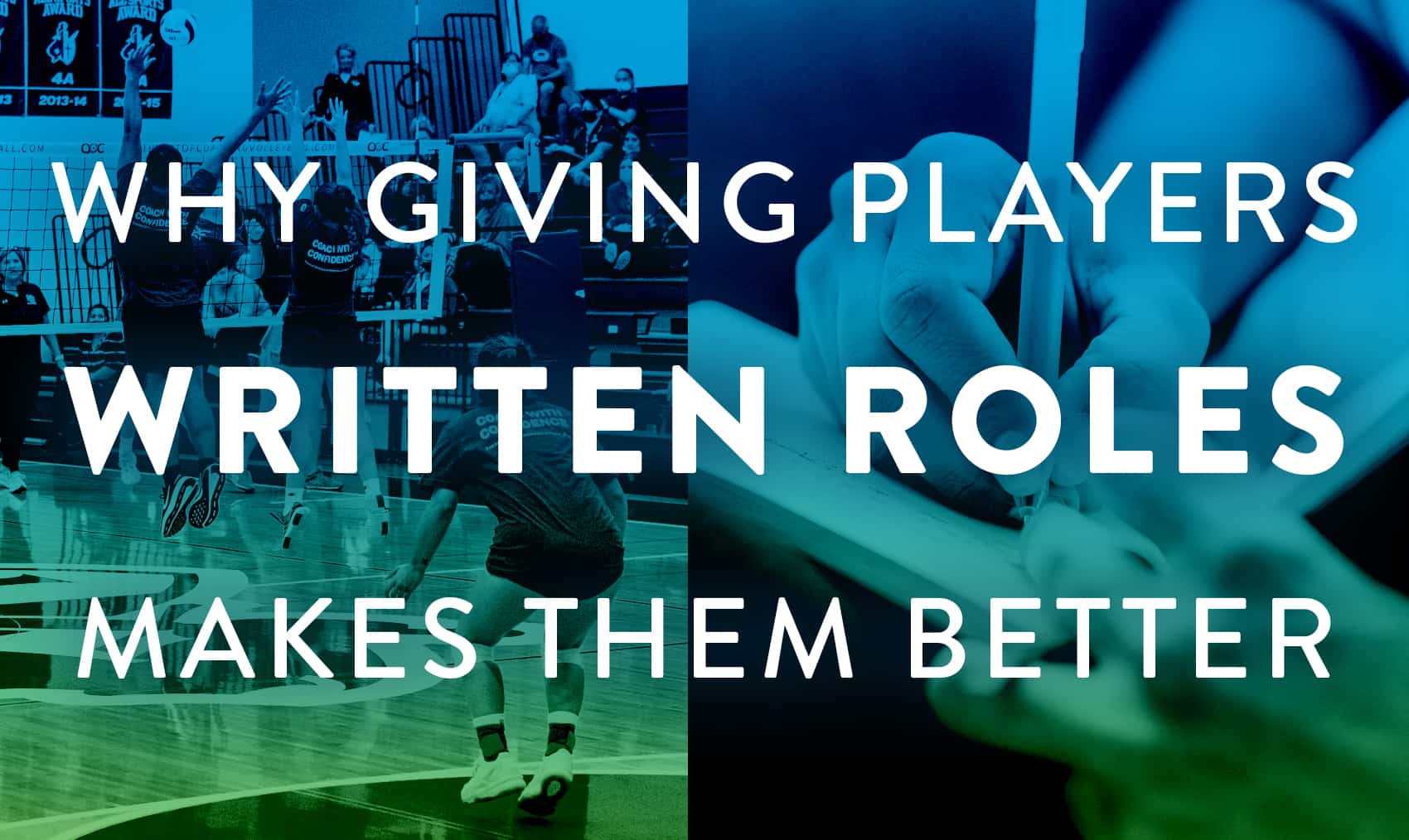 It doesn’t matter what you teach; it only matters what they remember. With that in mind, I’m a big believer in delivering my message in as many ways as possible because you never know which thing will be the one that makes the point stick.

All coaches teach on the field or in the gym. Many coaches complement these sessions with video, but few use the written word to hammer home their points. I am one of those few. I create team handbooks for policy/rules and include my basic soccer philosophies.

To me, the written word is just one more tool at your disposal, and to ignore it is folly. People learn by reading. It’s not the only way they learn, and it might not be the most effective way for all people to learn, but it’s a great vehicle to get your message across. I mean, what better way to reinforce a teaching point than to literally spell it out?

When I was defensive coordinator for the women’s soccer team at Ole Miss, I created a handbook for the defenders that detailed my defensive philosophy. I took that handbook with me to the University of Georgia in 2010 and expanded it, and it eventually became the book “Shutout Pizza.”

One of the ways I incorporated writing/reading into my soccer programs was to create a bullet-point list for each player of what was expected of her on game day. Some players’ lists were longer than others, but everyone was given at least two or three on-field duties.

We had a remarkable goalkeeper in Julie Greenlee. Her role was pretty simple:

We also had a talented central midfielder in NJ. She was good in the air and tough into tackles, so her duties included:

In NJ’s sophomore year, we added an exceptionally talented and temperamental midfielder named Denise. I knew some teams would target Denise physically, and I didn’t want her flying off the handle and getting thrown out of a game. So I added “Protect Denise” to NJ’s duties. If an opponent was targeting Denise, NJ’s job was to put that kid’s head straight.

The written roles went over far better than I anticipated. To be honest, I expected a few of the players to take them seriously and the rest to wad them into a ball and toss them in the trash. But that’s not what happened.

Two days after I’d handed out the roles, I was giving a pregame talk in the locker room. At the end of these talks, the team would huddle and give a quick cheer, then head out to the field. When this talk ended, all the players stood up and met me in the middle of the room and we prepared to cheer. Then Lisa said, “Wait for Odie.” Everyone turned to look for Odie. She was still at her locker. She had taped her role onto her locker and was standing there, back to the room, reviewing it.

It was one of those moments when I caught a big break. Odie was a center back and our best player. She was our four-time MVP. Odie didn’t need a list of her duties. She knew her role better than anyone on our team. And everyone else knew that. Suddenly, the same thought popped into the heads of all of Odie’s teammates: If Odie is taking this seriously, maybe I should too. When it came to the roles, Odie was my first follower.

The next time I walked into the locker room, almost every player had her role taped on her locker. Many of the girls had upgraded the presentation. They’d rewritten their roles in bigger fonts with colorful text and put some type of border around it. Before the next game, Odie wasn’t the only one late to the huddle. Everyone was following the first follower. The roles had gotten legs, and we were in business!

In addition to spelling out what I expected of each player, those roles gave the players a piece of ownership in our performance. Each had a territory that was exclusively hers, and she took pride in protecting that territory. Beyond that, Odie had inadvertently created a force multiplier. With each player having her role on public display, her teammates knew what was expected of her. And they would know if that player had succeeded or failed. It added a positive degree of peer pressure to the equation.

If you decide to incorporate this into your own team, you’ll quickly realize that it’s a lot easier to come up with roles for some players than others. The fewer minutes a player plays, the harder it is to give her a defined role that she’ll be delighted with. For players who didn’t play much, the list of duties typically included things like:

As you might expect, there weren’t a ton of players who relished the role of understudy. However, there were a few pleasant surprises, usually freshmen, who took the advice to heart. Those players were smart enough to think long term, and they used their roles as a road map to get to the next stage of their careers.

Odie’s story is my favorite one about player roles. My second favorite is about Lisa. One preseason, she reported to practice unfit. I needed her to dig in and get to work. To drill home my point, I made Lisa’s role just one line:

The college season flies by, so three weeks after I’d handed out the roles, I hadn’t put any more thought into them. In other words, I didn’t adjust them. I had too many other things keeping me busy, so the roles were what they were.

By this point, Lisa had passed her fitness test and returned to the starting lineup. After practice one day she approached me and asked, “Coach, can I have a new role now?”

It never occurred to me that those little slips of paper could be so important to a player. Lesson learned.

Dan Blank is a college soccer coach and a bestselling author. His books include "Everything Your Coach Never Told You Because You’re a Girl" and "In My Tribe: Creating a Culture of Kickass in Female Athletes."