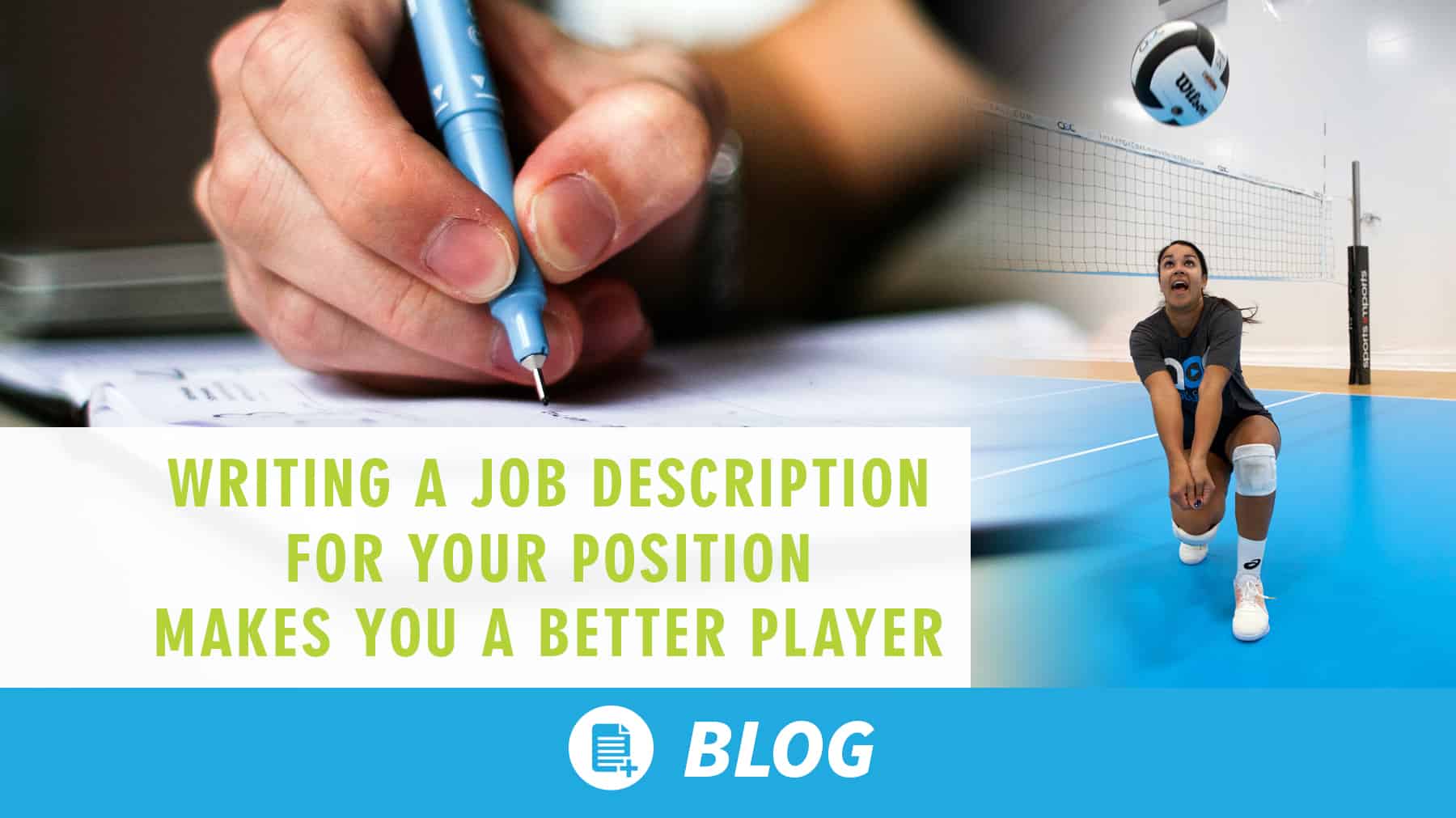 When I first joined the national team, Karch had each player write a job description for our position that answered this question: What are all the responsibilities for a player in that position during a match?

At the time I was an outside hitter, so I sat down to think about anything I might need to do when we stepped onto the court. I found that there were 3 primary parts of the job:

The first thing that likely comes to mind when you think about your job on the court is playing the ball. As an outside hitter, I obviously needed to hit, pass, serve, block and defend. But I decided to try to break it down further and figure out how to articulate my technique for each of those skills. Some of the questions I answered were:

We don’t talk about or train reading nearly enough. After I wrote my job description, I looked at it and realized that half of my bullet points for any given skill had nothing to do with touching the ball. They all started with, “See...”. Before and during any rally there is information that I can gather that will help me put myself in a better position to play the ball successfully.

My overall job is to do everything in my power to help my team win. I do that in 2 ways:

I don’t consciously think about every one of these things when I go out onto the court. But writing them down helps me consider parts of my job that I may forget sometimes. It also helps me get really clear on the things I can control. In my job description, it doesn’t say I need to serve aces, get kills or win games. It just tells me what I can do to give myself the best chance to help my team. And what gives our team the best chance is if each of us just go out on the court and do our jobs.