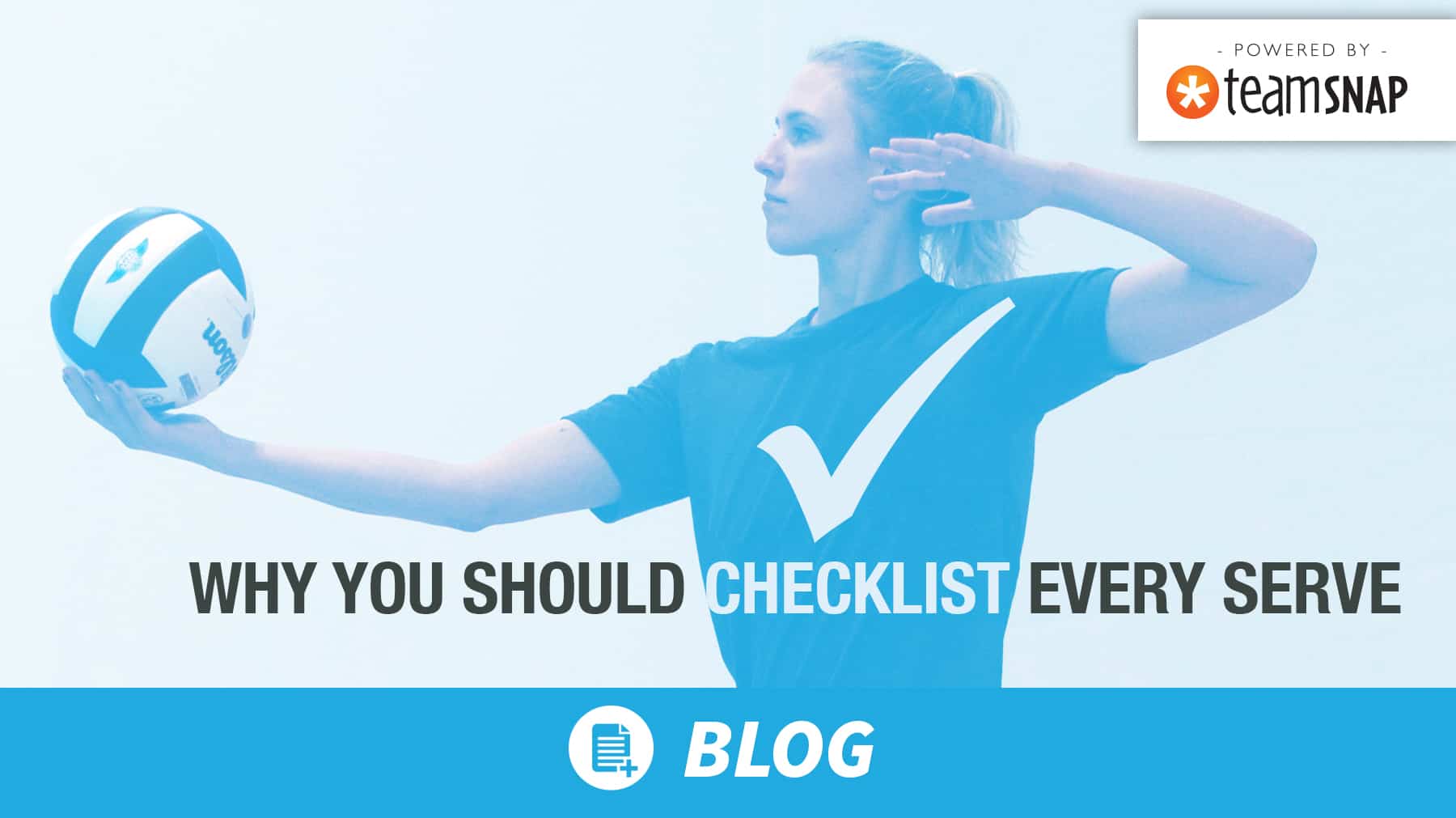 Many of the best servers in the sport of volleyball run through a mental checklist as they prepare to toss the ball. Bill Neville, assistant coach for the 1984 U.S. men’s Olympic gold medal team, likens it to the routine pilots go through before takeoff.

“As passengers,” he once told me, “we want the pilot to be mindful and make sure the plane will fly.”

True enough. And while serving a volleyball may not be as important as ensuring the safety of a few hundred people at 36,000 feet, it’s very important in the context of trying to win matches.

When it comes to pre-serve visualization, Matt Fuerbringer, a former U.S. national team assistant and beach pro who is now the Associate Head Coach for the Long Beach State women’s team, says you should find a specific spot on the floor and imagine the ball coming in reverse from the target to your hand. He says this will allow you to see where the ball should cross the net so you can picture a box at that exact spot. 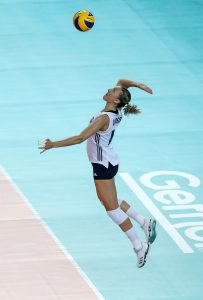 During the 2008 Olympics in Beijing, when the U.S. men won a gold medal in indoor volleyball, starting outside hitter Reid Priddy included verbal cues in his checklist. If you watch replays on YouTube of him serving, you’ll see him mouthing the words: “Just me and the ball.” He was literally talking to the volleyball.

As the four-time Olympian said at the time, “I’m sure it looked weird. Nobody that I know of has carried on a conversation with a volleyball since Tom Hanks did it in ‘Cast Away.’ But repeating that cue phrase helped me hit consistently tough serves in tough situations throughout the Olympics.”

A good way to help younger players center themselves at the service line, says former U.S. women’s Olympic coach Terry Liskevych, is to have them put the middle finger of the hand that holds the ball on the valve. This helps them relax by giving them a specific task before each serve that takes their mind off whatever might make them nervous – the score, their last serve, something that happened earlier in the match.

The ultimate goal of having a checklist is to clear your mind when you get to the back-line so you can stay in that specific moment and concentrate on hitting the ball well. This is key to good serving, and good serving, as everyone understands, is key to playing great volleyball.

“I can’t think of an important match that I’ve ever been a part of where great serving wasn’t at the forefront,” says Liskevych, who also coached the men’s team at Ohio State and the women’s teams at the University of Pacific and Oregon State. “Whenever we were doing really well in a big match, we were serving at a very high level.”