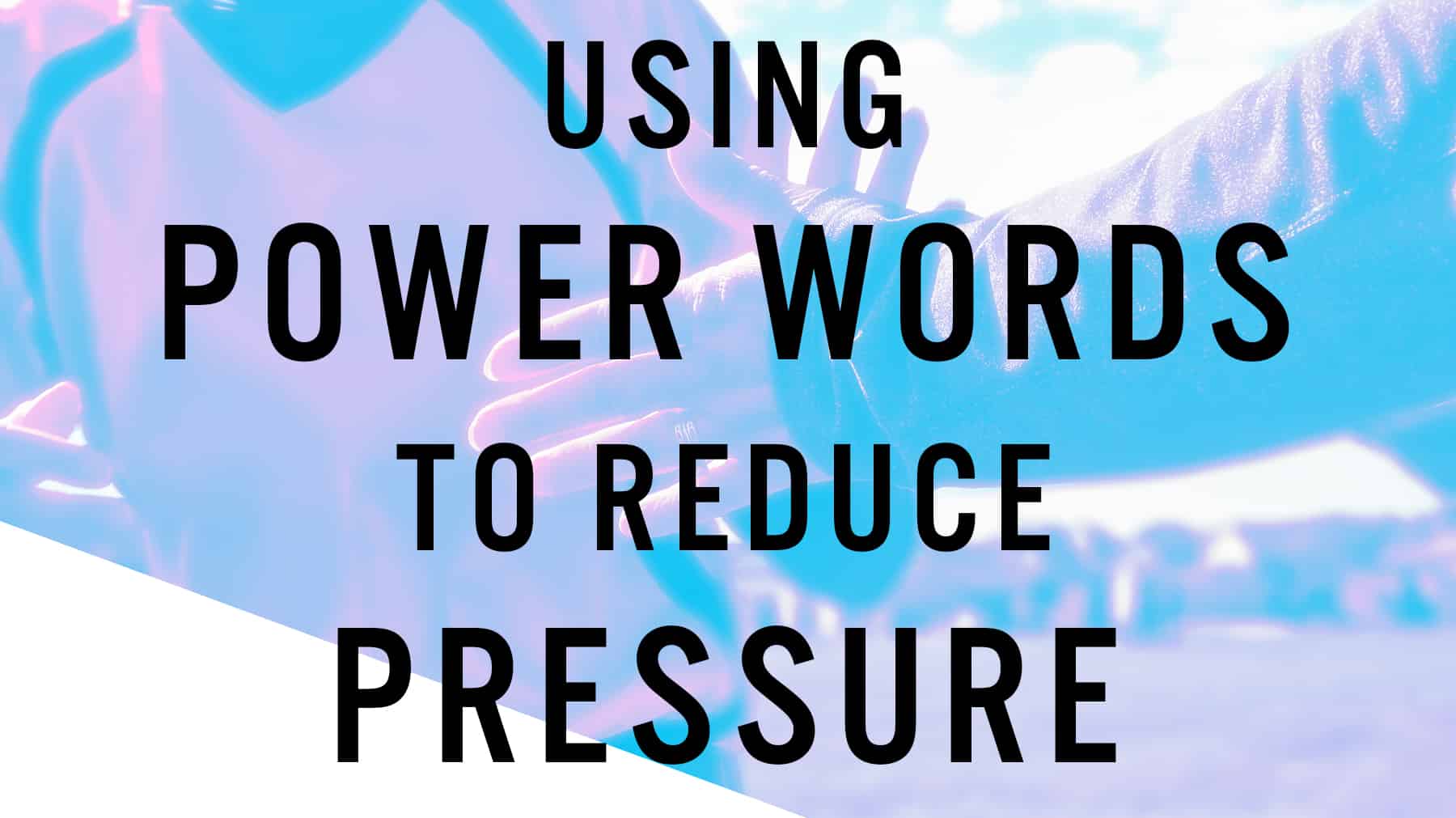 NOTE: The following article is addressed to basketball players. The concept of power words can be applied to most other sports.

Two seconds left. Down by 1. Semi-final game of the state playoffs. One of your players is at the line for two free throws. Fans are screaming and frantically waving their arms. Your player is tense and distracted, glancing at the scoreboard. He looks worried. . .This player is in serious trouble and so are you. How can you help? First, remember that the single most important thing that determines whether the all goes in is how players feel at the moment before they shoot. If players are nervous and tentative, hoping to make the shot, the odds of success are low. A confident and aggressive attitude right before the shot will result in a smooth, complete stroke.

How can you help your players feel confident instead of nervous at the foul line? Very simple. Teach them to think a specific, positive thought right before they shoot. These are known as power words. Here is an example: A basketball coach once suggested to one of her players who was having trouble at the line to say "North Carolina State" in a three beat rhythm as she dribbled the ball at the line.
Why? Because this player had played the best game of her life against North Carolina State, and just saying these three words made her feel confident. Saying these words, the players free throw shooting improved immediately.

Another successful college player, an 81% free throw shooter, says, "I am calm and confident. I love free throws," before every shot from the line.

Recommendation: Remember, power words will only work if the thought is in the player's own words and if something that makes them feel a surge of confidence when they say it. The easiest way to come up with a word or phrase like this is to ask your players to think of a time in sports when everything was perfect, when they played absolutely fantastic. Then ask them to pick up on a word or a very short phrase that reminds them of how they felt emotionally when they were in the middle of this peak performance.

This word, like the "North Carolina State" example stated previously, will become a trigger, something that will make your players feel positive, aggressive, and confident.

Second, your players have to practice saying their power word every time they shoot a free throw, so that it becomes a normal part of their pre-shot routine. Third, they will get more from this technique if they say the word along with the physical action. For example, every time they say their word, they make a fist with their right hand. This gets the mind and the body working together even more. To see how this works, try this: Put this newsletter down, and say the word "Yes" while you make a quick fist with your right hand. Doesn't it make you feel positive and a little aggressive? And isn't this how you want your players to feel when they go to the foul line?