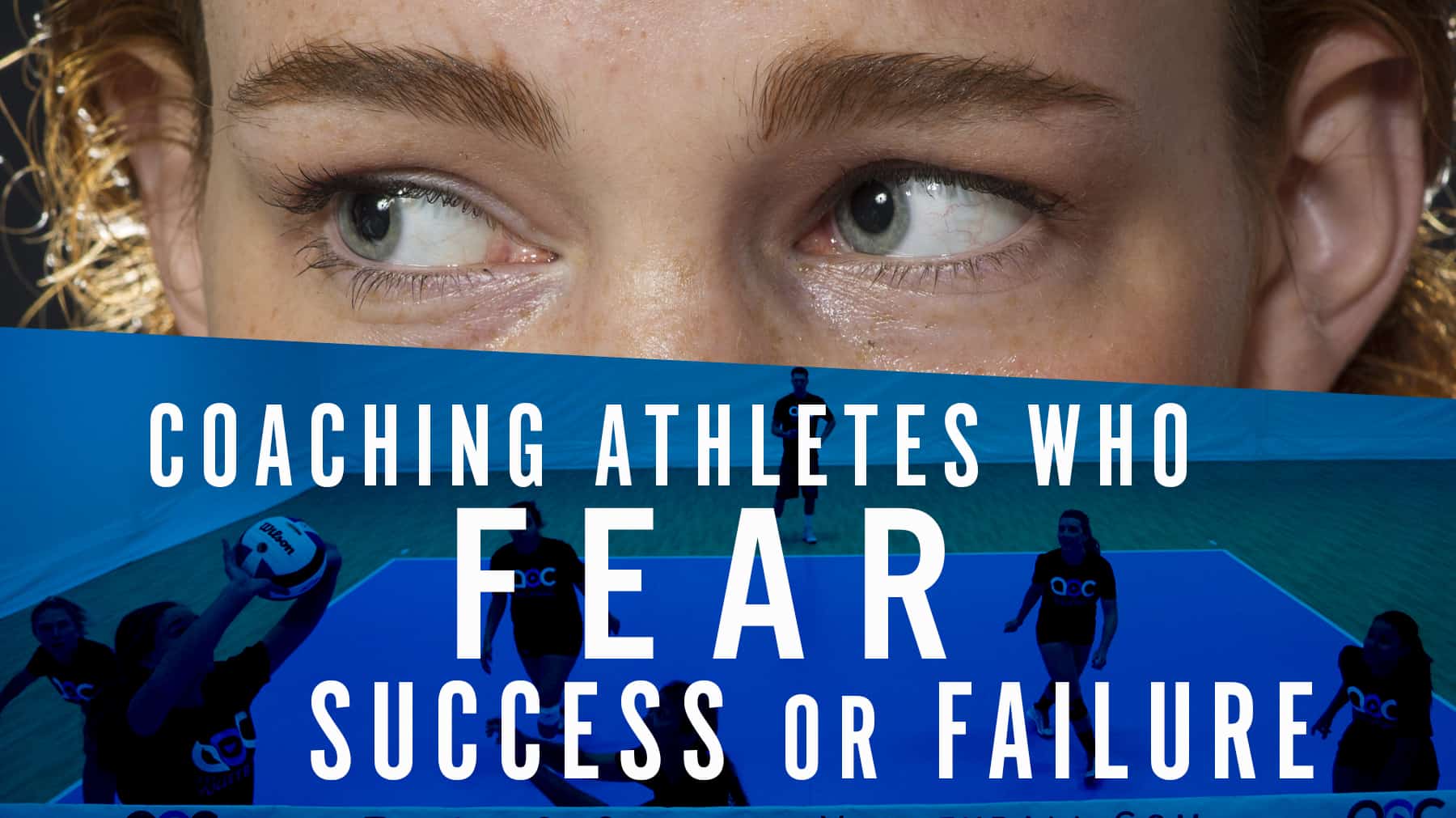 For negatively motivated athletes, the primary goal is to avoid failure. A preoccupation with avoiding failure is emotionally draining for athletes. Any time there is fear, there is over-anxiousness, which contributes to poor performance.

Fear of failure is caused by a number of factors. It can stem from inappropriate use of rewards by a coach or if the athlete has acquired a habit of deriving his or her self worth from winning or losing. Fear of failure can also result from never having failed. Some gifted athletes have succeeded all their lives and are ill-prepared for a new level of competition (college or pro) where losing is a real possibility.

Symptoms of fear of failure include: making up excuses for lackluster performances before a competition, worrying about what others will think of a poor performance and pre-occupation with the opponent's reputation or ranking. This athlete is indecisive about strategy and perceives that he or she has no control over their situation.

The first step in dealing with this player is for the athlete that a fear of failure exists. Communicate with this player in a patient manner after a victory or defeat. It must be emphasized that winning or losing has little to do with self-worth and that losses have a positive effect of pointing out weakness. A loss also teaches the athlete the importance of persistence, patience, and believing in one's self through adversity - qualities of all great athletes.

Example: In a race with eight runners, there is the capacity for all 8 to set personal records. However, the fear of failure athlete emphasizes there will be seven losers. Help this athlete re-define success as competition against oneself, not as outperforming the other runners.

For the fear of success, an athlete doesn't want to deal with fans unrealistic expectations, having the competition constantly gunning for them, having the responsibility of being a role model because of their high visibility and experiencing teammates who become jealous or envious of your success. This type of athlete has a narrow comfort zone. They may even "let up" during a game for fear of achieving success.

A coach can prepare an athlete for success by suggesting constructive approaches to the anticipated "baggage" success will bring. When athletes feel they have control over their situation, they can approach success with confidence. Developing strategies for dealing with outside influences and pressures can diffuse fears of success.

Be aware of team dynamics. When one individual is more successful than others (especially in basketball), social alienation can creep in. Teammates may become jealous or envious of attention heaped on the star. This attention can cause the star to feel alienated from the rest of the team. Then the star player may experience fear of success.