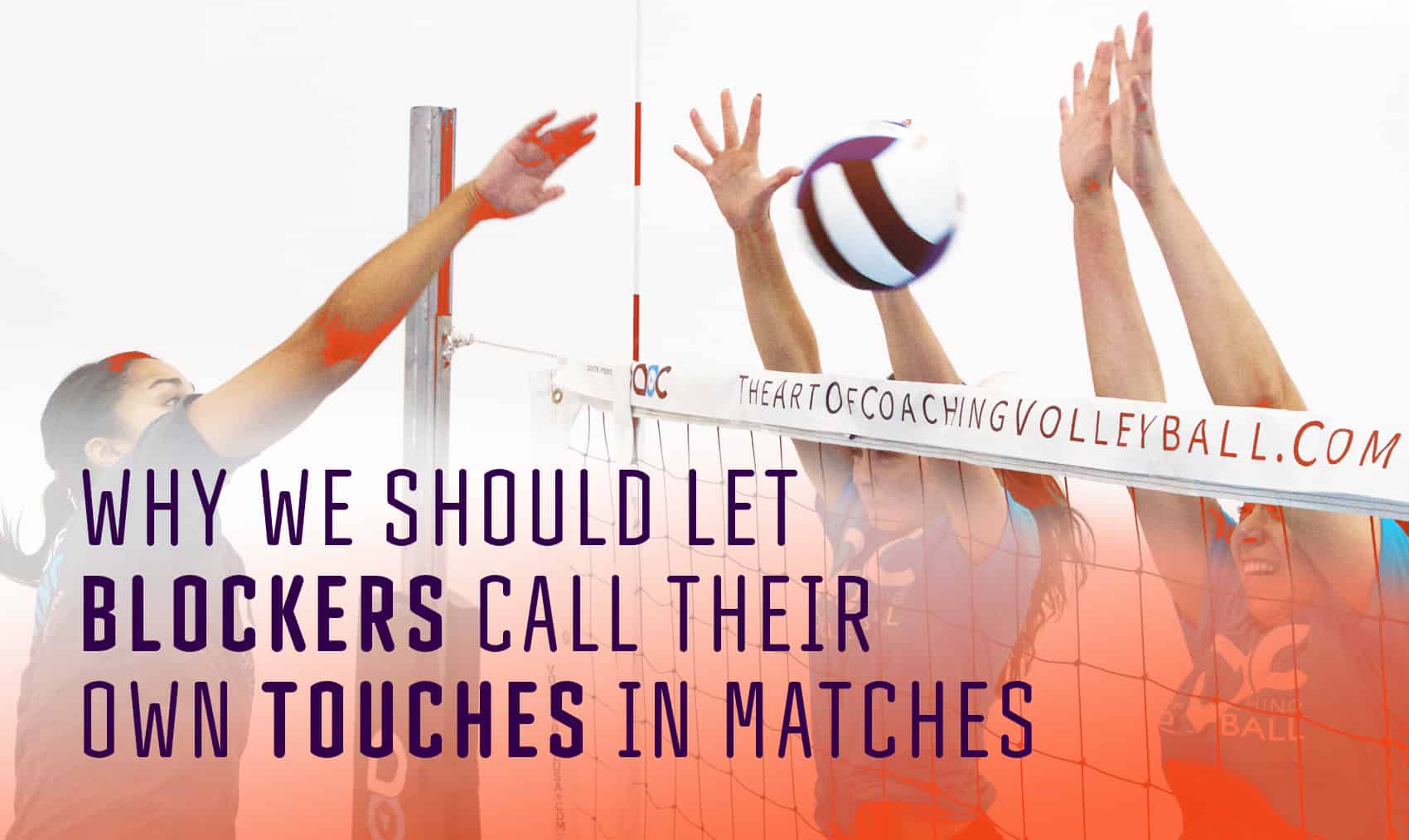 If administrators and coaches are truly committed to education-based athletics and the lofty aspirations that the NFHS espouses, we should change the way we approach the most difficult call in volleyball – the micro-touch off the block. Instead of putting the impossible responsibility on the shoulders of inexperienced players calling lines, we should put the responsibility where it belongs – on the players themselves.

In our final match of the 2021 season, an opponent attacked a ball that landed far out of bounds and appeared to clear our block by several inches. I was taken aback when the referee called a touch. Of course, I was wrong. Not only had our blocker touched it, she confessed the fact to the ref, and that allowed him to make the proper call. The ref thanked me after the match, and that “touched” a nerve.

Currently, the system doesn’t work. Every time a ball is hit out of bounds, the offensive team yells, “Touch, touch!” and all eyes descend on the two nervous girls calling lines. Since the call is difficult for even the most seasoned officials, it’s no surprise that the young, inexperienced players often make the incorrect call. Let’s stop putting our novice players in these impossible situations.

Instead, let’s make the gym our classroom and take advantage of this perfect learning window to teach integrity and sportsmanship. It’s a simple lesson that we already encourage every day in the practice gym. If our blocker contacts a ball during practice, she acknowledges it by holding up her fingers and signaling a touch. That way, the hitter gets credit for performing a difficult attacking skill – tooling the blocker.

What’s stopping us from doing the same thing in matches? The major impediments are tradition, overemphasis on winning, and our misplaced modeling on “higher” levels of volleyball. But if we truly prioritize teaching life lessons, why are we modeling our behavior on paradigms that value winning more than developing character?

There’s no good answer to this question, so let’s show the courage to fight tradition by allowing blockers to call their own touches. It’s an ideal opportunity to teach young athletes about integrity and sportsmanship.

Tod Mattox is the head coach of the girls’ varsity volleyball team at The Bishop’s School in La Jolla, California, and a clinician for The Art of Coaching.