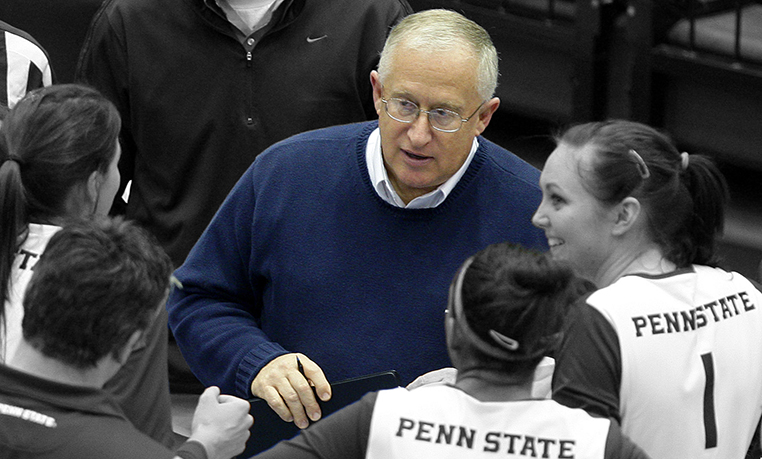 Penn State coach Russ Rose has built a program that sets the standard for college volleyball. On Dec. 20, 2014, his Nittany Lions swept BYU in three games to win a record-setting seventh NCAA D1 women’s championship. It was Penn State’s sixth title in the last nine seasons. In the gym, Rose demands a lot of his players. When setter Micha Hancock arrived at Penn State as a freshman, he told her that she was going to hate him. She never did, but she sometimes wondered why he said that to her. Eventually, she came to understand that it was because he would continually push her to make her better. It worked out great for Micha. The senior from Edmond, Oklahoma credits Rose with making her the player she is – a two-time NCAA champion and the 2014 AVCA Player of the Year.

Rose is one of the founding members of The Art of Coaching Volleyball. Here he shares 10 things he has learned during his coaching career as part of our ongoing series with coaches who have made a lasting mark on the game.