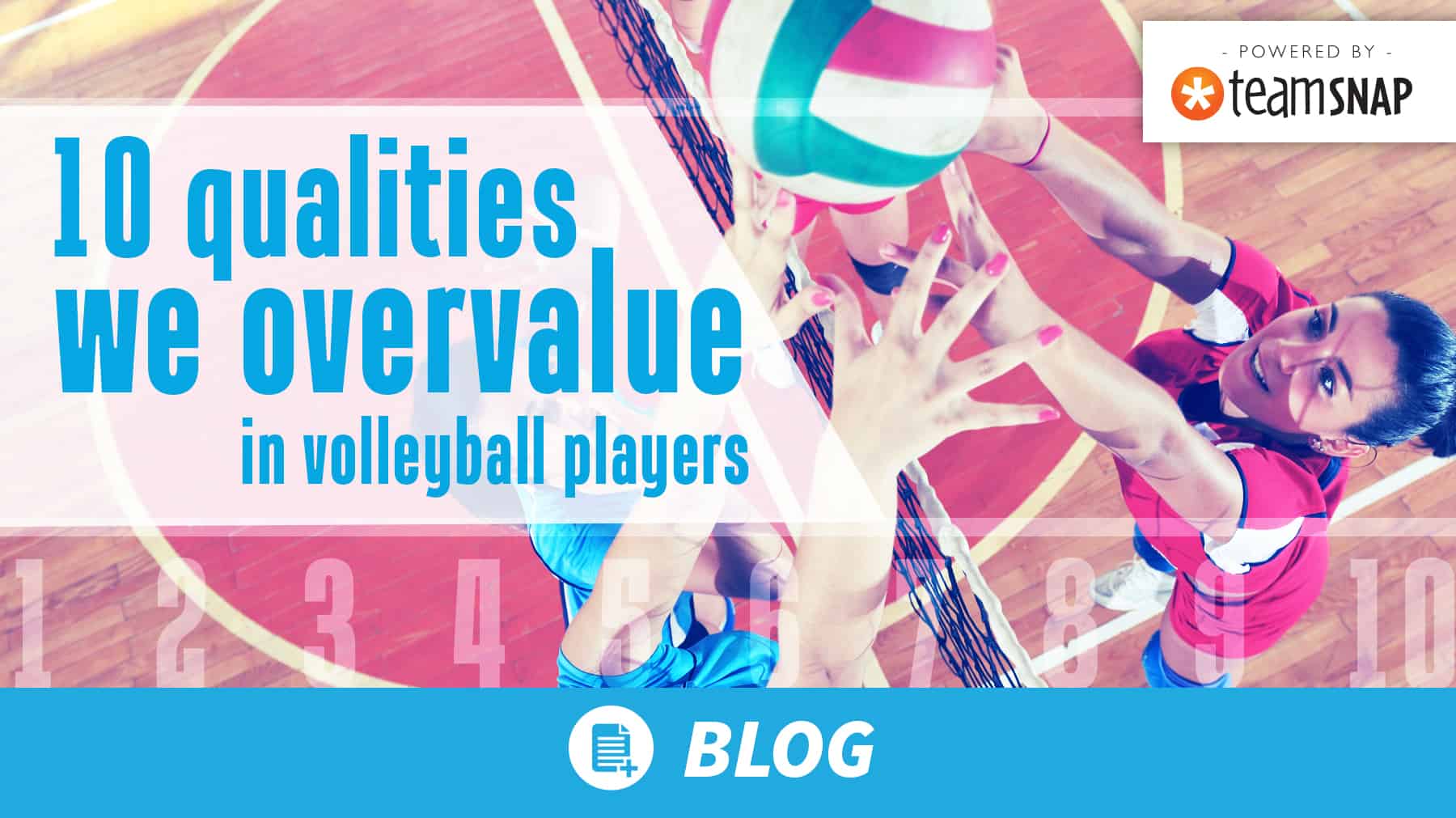 Michael Lewis wrote the book “Moneyball,” but it was Oakland A’s GM Billy Beane and then Brad Pitt who brought the term into our common vernacular.

Defining it is a bit tricky. Given the explosion of sports analytics, it’s often applied liberally to any system that relies on data and statistics rather than human observation.

For me, it’s the idea of “Moneyball” that’s important, not the definition. It can provide new ways for us to look at our game. Specifically, it helps us identify our biases and alerts us to what those biases have led us to overvalue and undervalue.

Are there similar concepts to discover in volleyball? I think so. In the first of a two-part series, I will share 10 traits/skills that I think are overvalued in volleyball. Next week, I’ll examine 10 that are undervalued.

By no means are these comprehensive lists, but hopefully they’re a good starting point for some passionate discussion.

1 | Height
Is 6-feet markedly better than 5-10? In my opinion, no. I prefer using “length” rather than “height” as the measurement benchmark, like they do in the NBA. A 5-10 player with long arms may play every bit as tall as a 6-foot player with shorter arms.

2 | Jump touch
We’re overly enamored with this simple metric. At the national team level, jump touch is more important because the margins are so slim and the players’ technique is usually very good. But in juniors, just because kids have a high jump touch doesn’t mean they will hit high. A kid with a lower touch and great technique – elbow high, extended reach – might hit higher and be more effective. And there are other considerations. Like blocking. If blockers get up really high with bad technique, they might be a bigger tool.

3 | Tall setters
How important is height relative to the ability to locate consistently? I would say a 5-2 setter with great location is a bigger asset to the team than a 6-foot setter with inconsistent location. Until you get to a level where big, physical hitters can bury the ball in front of the 10-foot line, blocking from the setter position doesn’t impact the match nearly as much as how they run the offense.

4 | Defender’s raw speed
We all love crazy athleticism, but fast-twitch quickness and a springy jump isn’t the same as hand-eye coordination. Which is better? I say that the less-athletic passer who contacts the ball on the sweet spot every time and controls the ball on digs is more valuable than the super athletic kid who sprays a lot of balls out of bounds.

5 | “Impossible” lay-out digs
We’ve all seen defenders who favor the dramatic and fall down too much. After plays like this, ask yourself whether the player needed to fall down or whether they chose to fall down. A diving dig often indicates a poor read.

6 | Strong, fit physique
Let me start by saying, it’s good to be in shape. But don’t overvalue a ripped body and undervalue a player who doesn’t look like a prototype volleyball player but reads and plays consistently. One of the big points in “Moneyball” was that power hitters in baseball with great physiques weren’t necessarily as valuable as players who didn’t swing at bad pitches and got on base a lot with walks and singles.

7 | Physical attractiveness
Do attractive players get more of our attention? I think that’s often the case, especially with male coaches evaluating female players. If you have two equal players, be careful not to be biased toward one player just because she is more attractive. The less attractive player may be a better fit for your team or a stronger addition to your starting lineup.

8 | Vocal, expressive, “Tiger” mentality
When I was younger, I tended to be enamored with louder, vocal players. Over time, I realized that just because players are vocal doesn’t mean they’re more competitive or better in the clutch. Quiet players who communicate in their own way with teammates and play good volleyball can be a big asset to your team, sometimes bigger than the vocal player who can be heard three blocks away.

9 | Exaggeration of technique (i.e. long freeze of platform)
I thought about this after hearing Penn State coach Russ Rose say he wants great serve-receivers, not players who look like great serve-receivers. The point is, players will sometimes do everything the coaches ask for – like long-freezing their platforms – and still not perform the skill consistently. I’m not saying you shouldn’t correct for better technique. I’m just suggesting that you evaluate each situation and decide what’s best for the player and the team. If a player has unorthodox technique but is a great passer, you might not want to tinker with it too much.

10 | Stats
Even a stat as seemingly objective as attacking efficiency can be misleading. Let’s say you have two hitters with 3 kills and no errors on 10 attempts. Both hit .300. But maybe the 7 in-play attacks by Player A were roll shots to the other team’s libero that resulted in points for the opponent. And maybe Player B’s 7 in-plays stressed the opponent in ways that resulted in B’s team winning the majority of those points. Which scenario would you prefer?