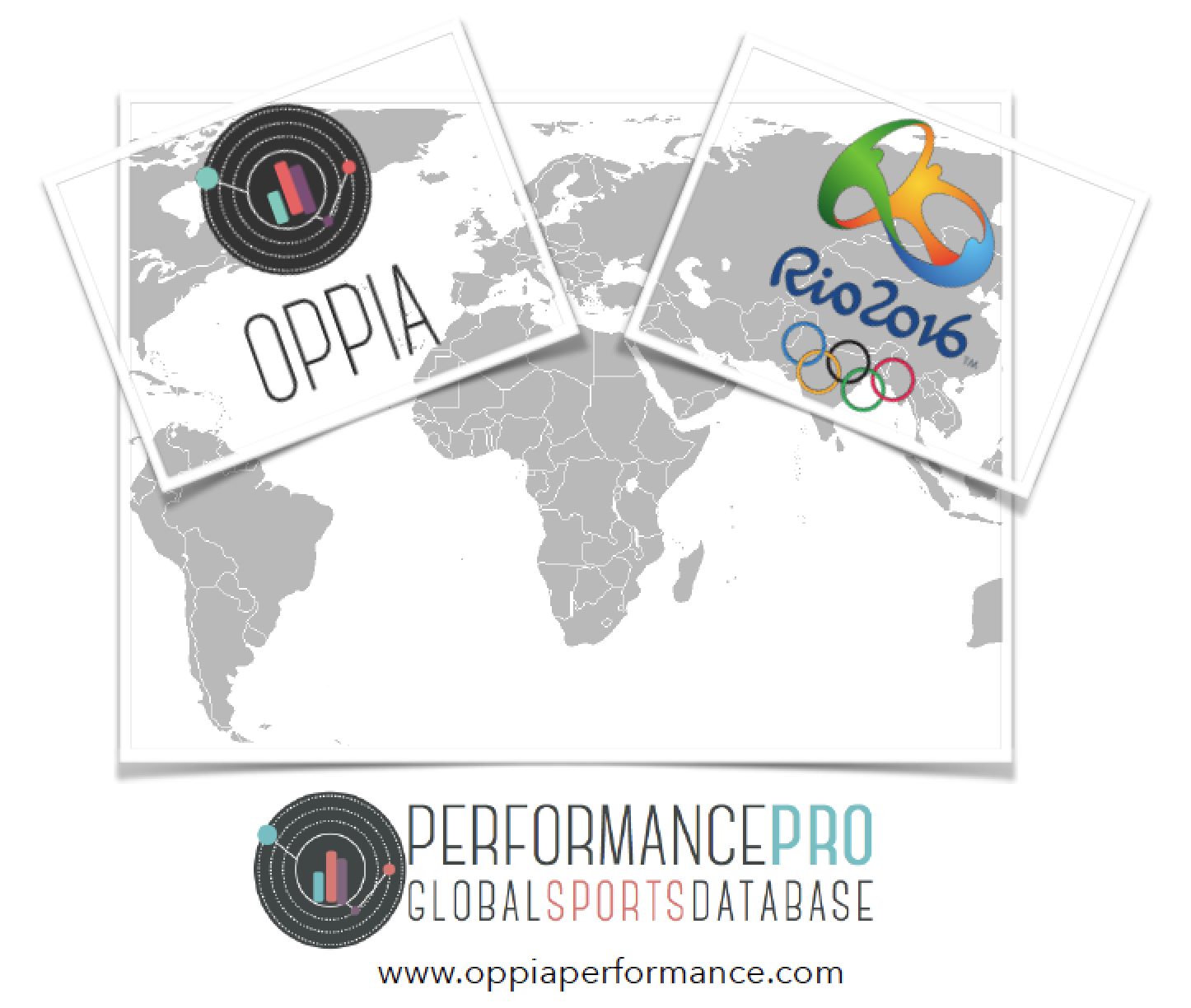 In the last 100 years technologies have driven evolution in sport. Records were smashed after starting blocks were introduced in track and field and also when athletes ran on artificial tracks, which assisted the transmission of force. In swimming, the introduction of starting blocks, underwater turns, water drainage at the edge of the pool, which reduces water resistance, and new types of swimming costumes were also significant milestones. It is not only the inventions mentioned above that have changed sport but also highly specialized physical changes. Gymnasts have become smaller for better control of centrifugal force, and basketball and volleyball players have become taller. In volleyball, this specialization reached its peak with the introduction of the libero. The perfect body type, as described by Leonardo da Vinci, no longer applies to sport. Not only this, but nutrition and sports psychology have also developed meteorically when one considers that alcohol was formerly used as a legal form of doping before competitions. Due to the increasing speed of developments in globalization, technologies have improved, and the unbelievable growth in both media coverage of sport and spectators means that experiences can be shared with the world in seconds through images, videos and posts. However, the reasons for this enthusiasm in sport are also financial: sport has become a business. A multi-billion-dollar industry, in which profit is generated through many facilities such as television, advertising, retail and betting. This high level of global investment has led to governments and organizations introducing strict rules and laws to ensure that no single player, team or sports organization has an unfair advantage over the others. Over recent decades, this development has provided a level playing field, similar training conditions, medical support, access to technologies and knowledge of cutting-edge training
techniques. By making the majority of these similar for all teams, the question arises as to why some teams are successful, and others not. What gives one team the spark to beat their opponents?

Some argue that a team is successful when it has the most talented players, the greatest resources, financial support, good coaches or some combination of these. It is almost impossible to isolate the individual factors and measure their influence. Indeed, one can recognize that many teams in recent years have attempted to gain an advantage through new types of technology.

This assertion requires clarification. A master coach, who does not work with new types of technology and ignores these developments, will lose out against a less skilled coach who is well-informed about technology. Therefore less skilled coaches with an affinity for technology will become the better coaches.

Chess amateurs had better awareness of when they could rely on human understanding or intuition and when they should follow the computer analysis.

Kasparov commented as follows: ‘Human strategic guidance combined with the tactical acuity of a computer was overwhelming.’

In summary, it can be stated that an amateur trained in dealing with computers makes better decisions than an expert and will beat the expert more often than the expert will beat him/her. Or: use data to guide decisions.

Through innovations, technologies are continually improving and becoming cheaper. On top of that, there is a continuous increase in the data that we can collect. In some types of sport, work is already being done using camera technology, which collects several million data points. But the big question has to be asked as to why we have not gotten beyond a simplistic one-times-one. Simple figures, like the success rate (success divided by the number of attempts) are still being used as indicators. But figures such as these are taken completely out of context and only reflect a fraction of reality. It gives the strong impression that most teams cannot deal with the quantity of data and cannot make beneficial use of new technologies.

It is no longer a matter of how much data we can collect but of how we use this data to inspire changes in sport. It is a matter of using data to support decisions, to give figures a context and significance, and to comprehensibly communicate these to the athlete. Because it is this person who has to make a decision within milliseconds based on information that he or she has previously received.

Here are a few points that have to be improved in order to draw on data for efficient decision making.

First, let’s look at some figures from the final.

We could say that this was a match on an equal playing field but with a slight advantage for Brazil. Poland won the final 3:1. This immediately indicates a weakness in the figures. The psychological component cannot be measured. The only explanation for Poland winning is that they played well when it mattered, but on average they were not as good as Brazil.

Let’s look more closely at the serve. Poland had an error rate of 16% and Brazil of 18%. Most people will probably think, ‘That’s relatively high. Almost one serve in five was a mistake.’ Now let’s give this number a context. The average error rate of the team that won gold in the last six gold-medal matches (WL, WC, EC) is 20%. To take this further: there is a negative correlation between serve errors and the passing value of the opponent, and a positive correlation between serve errors and PS%. This means that the higher the serve error rate, the worse the passing of the opponent, and the higher the scoring probability of one’s own serve. This makes sense, as a higher error rate in the serve generally means a high serve force. Here are a couple of extremes: 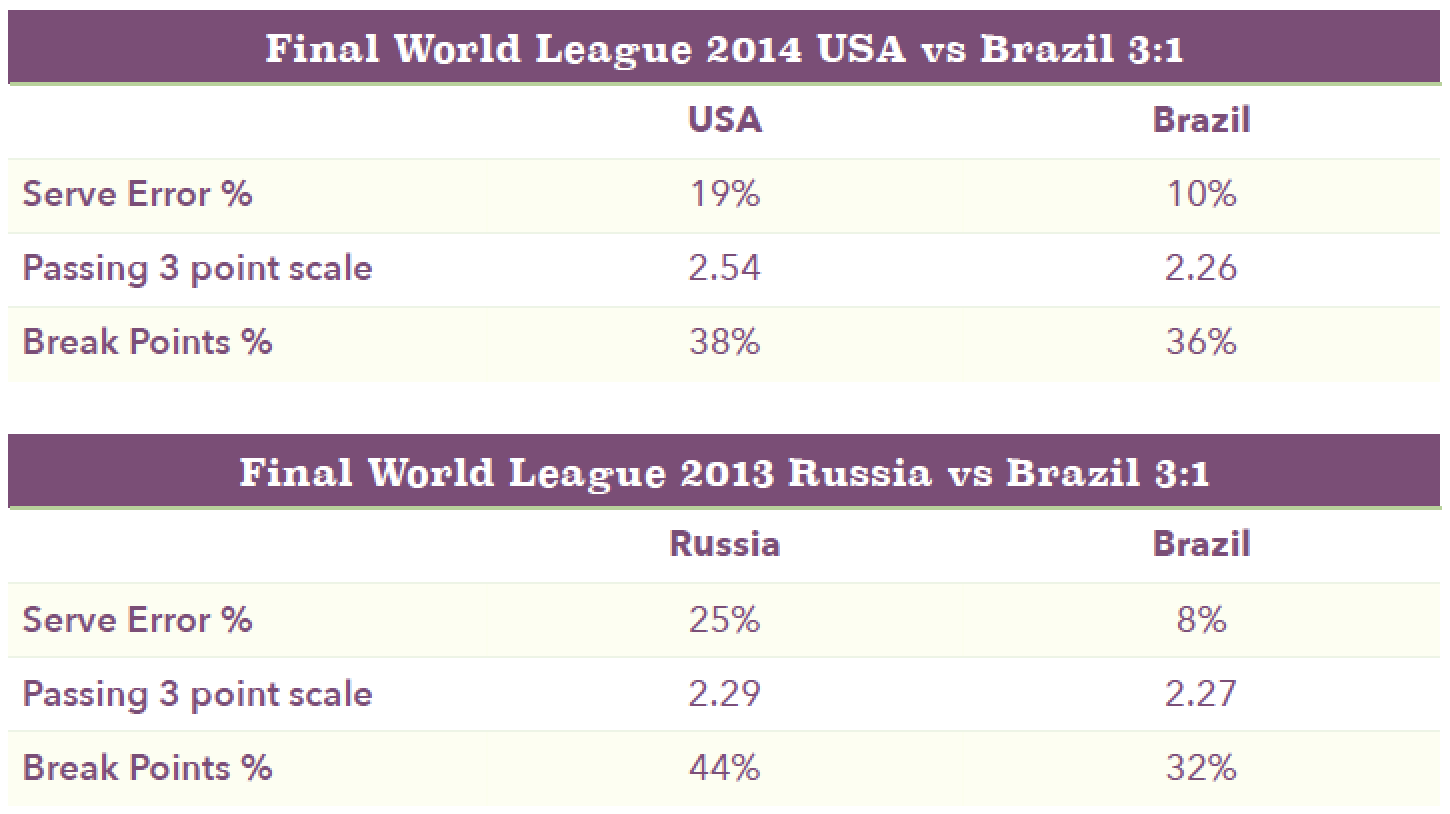 So one can say that Poland served well for a gold-medal match and found the right balance between serve force/flow of play and service risk. And Poland played well when it mattered.

In order to better understand the serve forces of Brazil and Poland, the data is visualized here. 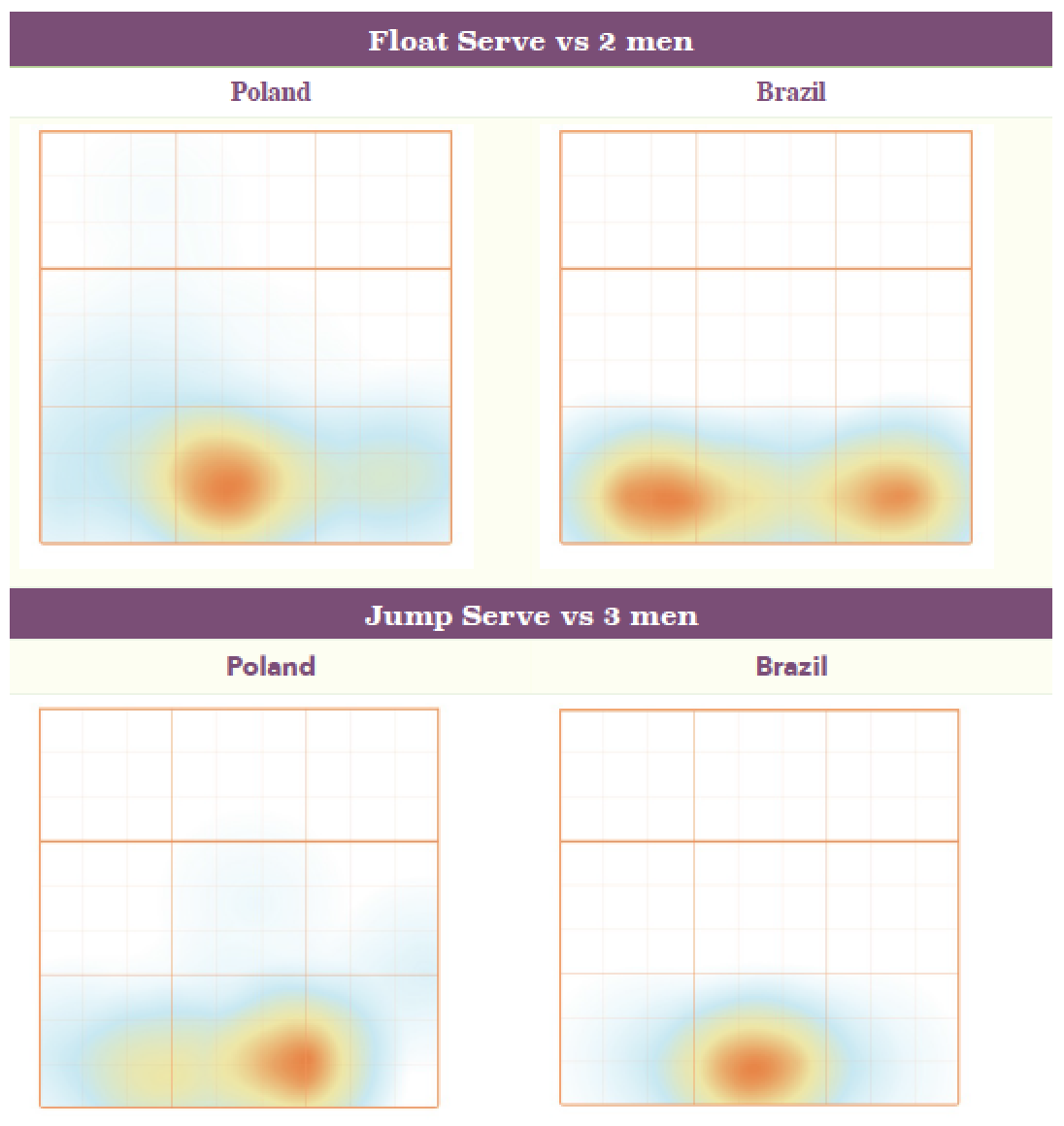 It can be clearly seen that Poland consistently served between the players, whilst Brazil served at the players. This data visualization provides meaning and says more than simple figures ever can.

Learn more about how you can improve sports performance through advanced technology at www.oppiaperformance.com