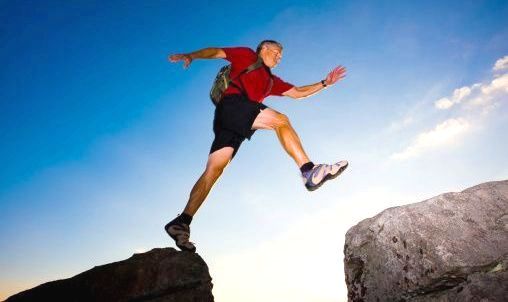 Ramble On by Led Zeppelin is the first song I heard as I drove home from our final match of the season. That's always the longest, most sobering, yet ironically peaceful drive home. It's a time to reflect on the season, things I could have done better or differently for the players or the program, and the disappointments of matches and the quirky inside jokes only the team can laugh about. Certainly tears of sorrow and tears of joy accompany me on that ride home. But the drive home this past season was a bit different than previous seasons. After four solid years at Winthrop, real thoughts of changing jobs came to the forefront of my mind. I realized my time at Winthrop was fulfilled and I had contributed to the best of my ability.

I was into my sixth year of my original five year plan. I'll just consider my first year of coaching a red-shirt season 🙂 I spent one season at Georgia Southern University, one season at Minnesota, and four seasons at Winthrop. The path wasn't exactly how I originally envisioned the plan, but the result turned out better than I could have imagined. I have been fortunate to work with four head coaches in those six seasons and gained a great deal of valuable experience and knowledge.

Was the next best move for me to become a head coach or an assistant coach? The answer to this question was not best made on that long drive home or even at the end of the season at all. In fact, that decision was made two years earlier, when I revised my goals at Winthrop.  I will share these goals that helped to answer this life altering question:

“To be true to one’s self is the ultimate test in life. To have the courage and sensitivity to follow your hidden dreams and stand tall against the odds that are bound to fall in your path. Life is too short and precious to be dealt with in any other fashion.” ~Flo Hyman

Volleyball for a lifetime

Make an impact in the volleyball world

Ever evolving and discovering theories

Challenge the old, create the new

Development of a professional indoor league (after NCAA success)

A program that can be built into a Top 25 program

Consistently competes in the NCAA Tournament

A program that can be built into a Top 25 program

Consistently competes in the NCAA Tournament

Enjoy the ride and every person met along the journey

To be a motivating mentor, trusted leader, and unwavering friend

To inspire continual growth and learning

To cultivate a successful, supportive, and productive culture

An optimistic and unorthodox approach to success

To expand my volleyball family

To grow the game

Advance past the 1st round of the NCAA Tournament

Become a perennial challenger in the NCAA Tournament

Learn, develop, and grow as a coach

Consistent with fundamentals, yet continual advancement

Broaden my vision for the next step

Under a respected head coach / mentor

“I hope I shall always possess firmness and virtue enough to maintain what I consider the most enviable of all titles, the character of an Honest Man.” ~ George Washington

As read from my goals, the decision was already made: I was flexible to either a head coaching position or an assistant position. The answer was strictly dependent on the best fit position that opened up. This was completely uncontrollable and I had to trust in prayer.Granted we all want to coach at Hawaii, but there hasn't been a new head coach there in 38 years. So that wasn't happening for me 😉 We have to be realistic with ourselves and the opportunities that present themselves. I interviewed for a head coach position at a smaller Division I program. The location of the Division I program was ideal and there were a lot of personal benefits I would have been afforded should I have chosen that school, but I did not believe that I could be successful professionally at that school. The school has been successful in the past, but I did not believe I could be successful there. If I did not believe, my chances of success were already greatly diminished. I had to be true to myself. As much as I personally wanted it to be the right fit, It wasn't the right fit for me professionally.While interviewing for this head coach position, I was also interviewing with Miami University. The timing was right and the pieces fit (see Path C under Short Term and bullets under Long Term goals). Head Coach Carolyn Condit is one of the most kind-hearted, humble, and caring human-beings (one of my goals) that has had numerous Top 25 teams (one of my goals), reached the NCAA Tournament 7 times (one of my goals) and is beginning her 30th year of coaching. I realized the knowledge and experience I could soak up from her (one of my goals). As I reflected on my goals, it was easy to be true to myself. Miami University is a perfect fit.My goal of this post is for you to take time for yourself to develop your own goals or revise your goals to help make the decision making process easier. If you want to read more about my process, see my blog post: You Say Goodbye and I Say Hello. Hello, Hello!