The fourth scouting report from Jim Stone takes a close look at Italy, which entered the Olympics as the world’s 8th-ranked team. 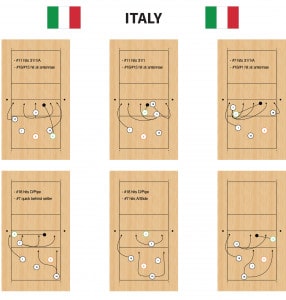 USA vs. Italy outlook
On a given night, Italy is capable of defeating any team in the pool. They’re similar to Serbia in that they are a very offensive team with multiple individuals capable of scoring points, both in system and out. Also like Serbia, they will go on runs of points that should allow them to compete well with the USA. However, USA has too many ways to score and is much more consistent both offensively and defensively. If both teams are in top form, the U.S. will win 3-0 or 3-1. If the U.S. isn’t at the top of their game, Italy has sufficient talent to win the match. This will be the fourth pool match for the USA. By this point, they should be gathering momentum for the medal rounds. The prediction here: U.S. wins 3-1.

Click here to watch the USA vs. Italy live stream