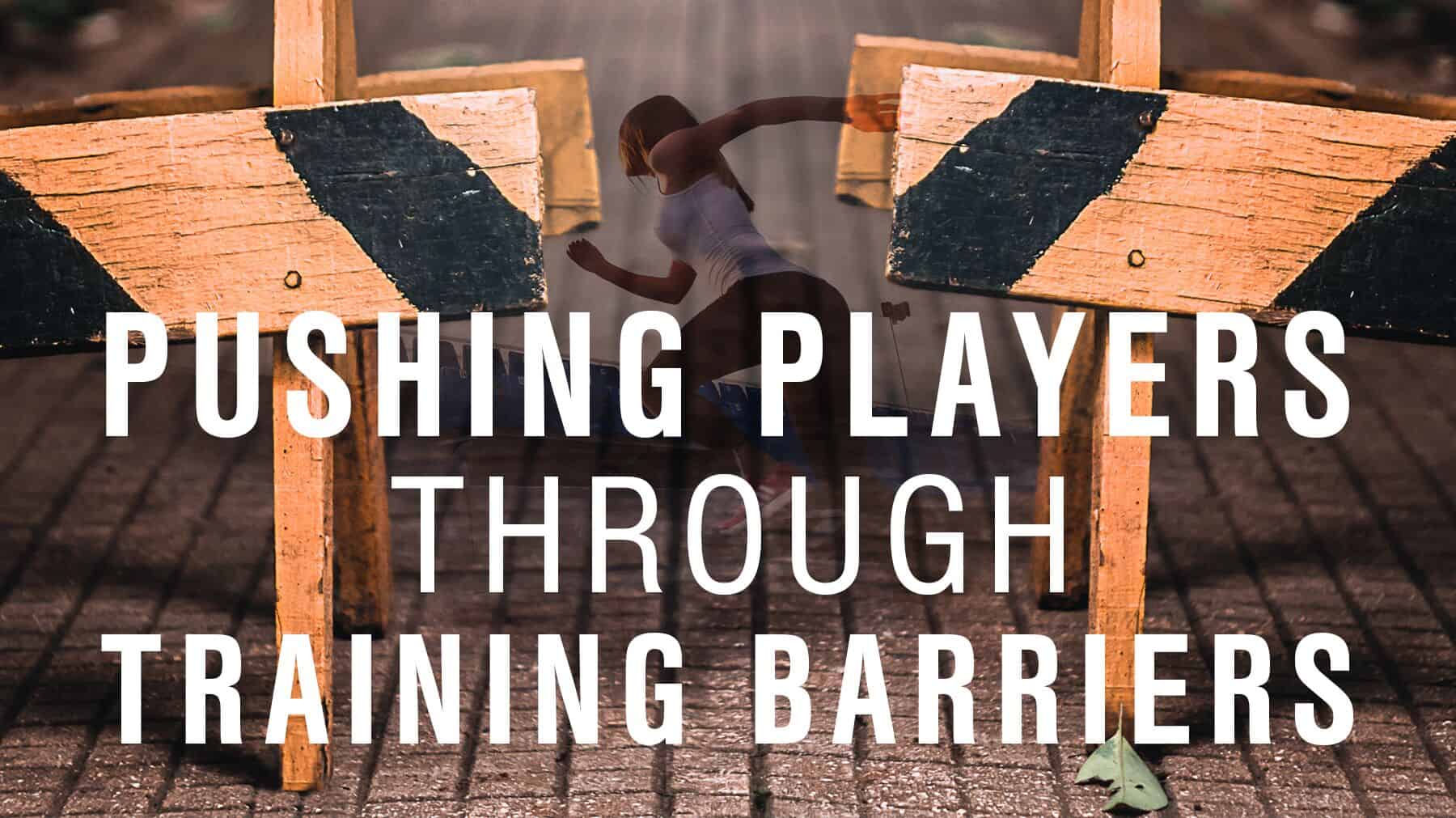 Championship Performance interviewed sports psychologist Alan Goldberg on how athletes can push through training barriers instead of settling for lesser goals to reach a higher level of performance.

Why do athletes have a problem with settling for lesser goals instead of pushing to a higher level? The first thing a coach has to do is help that athlete get in touch, with what's called the "Big Enough Why". They have to know why they are training.

They say things like, "I don't want to go to practice." or "I'm really hurting right now, I want to back down". As a coach, you have to keep the athlete connected to their "Big Enough Why."

They have to take that "Big Enough Why" into practice. They have to understand what they do today is going to make the difference whether they reach their long term goals or not. Athletes often lose sight of that connection between training and success.

What is the coach's role in this process? Coaches have to take responsibility and remind athletes why they are doing what they are doing. Give them the impression that they can get beyond what they might think. Sometimes athletes start doubting themselves. Help them believe that they can do a little bit more than they think they can. Push them. This involves the concept of getting comfortable being uncomfortable which comes from Advisory Board member Rob Gilbert. If you want to get good at anything, you have to get into the habit of continually stepping outside of your comfort zone. People who stay in their comfort zone go backward.

What about athletes moving to the next level - high school to college or college to professional? Every athlete deals with normal feelings of inadequacy: "Do I belong here?" or "I'm not as good as everybody else."

For example, when a kid comes to Olympic trials for the very first time, they feel completely out of place. I tell them, "great, you are supposed to have those feelings. This means you are moving up to a higher level of competition and you belong with the best. Every kid is different. The coach makes a judgment on the physical potential and talent level when they first see them. Whether the athlete is living up to his or her potential can be tough to determine.

When working with athletes, are there certain signs that an athlete is not doing their best or training up to the max? Sometimes a kid says one thing and does another. They may say their goal is to make all conference, then their behavior says something very different. That's the most visible sign.

Another sign to look for is the athlete who just doesn't walk the talk. They will make excuses for themselves. They might say things like, "the weather sucks today, the wind was blowing too hard" or "the field conditions were terrible" or "the officials used Braille to make their calls."