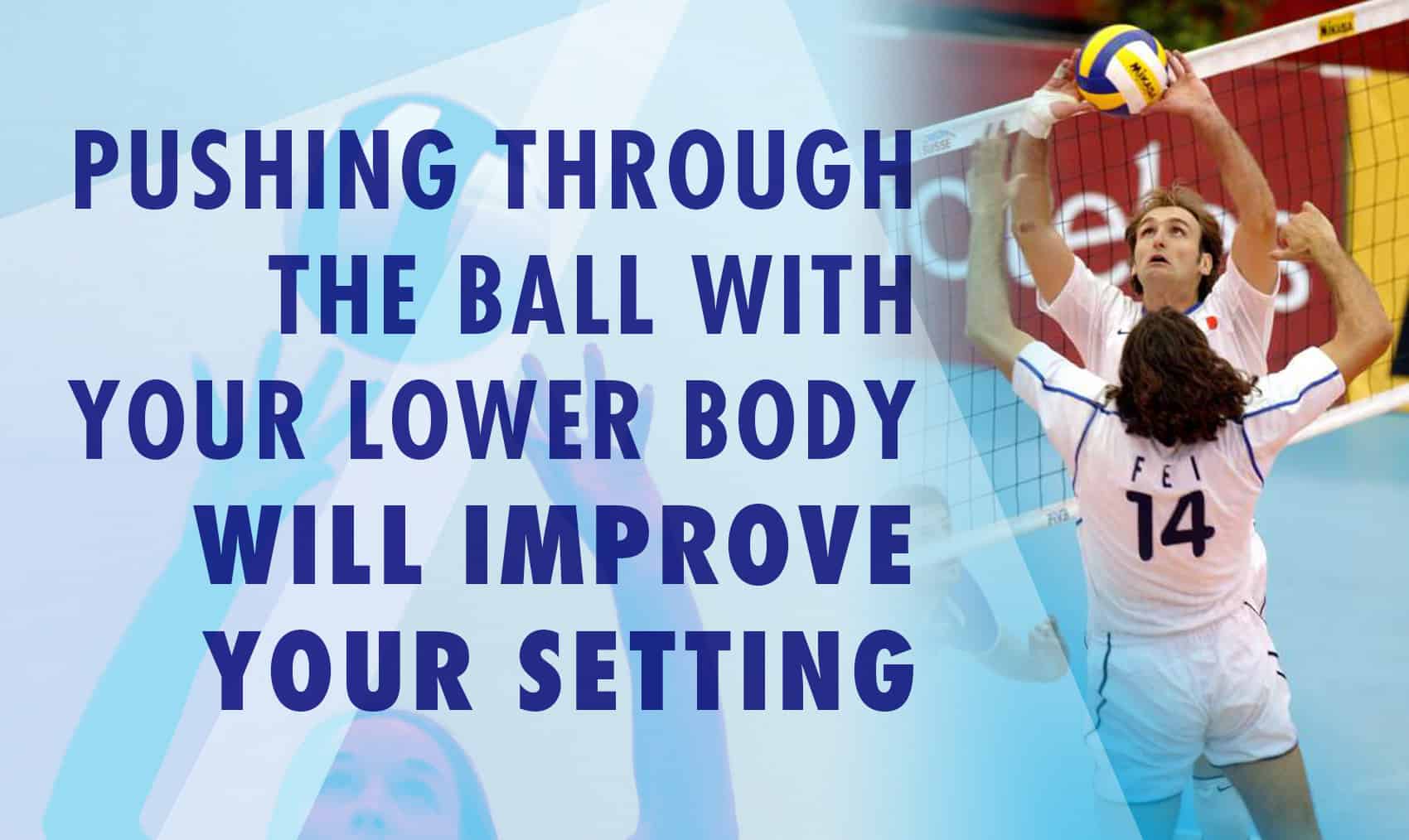 When coaches talk about setters and setting, most of the time, if not always, the focus is on the hands. While this is not wrong in any manner, I always prefer to start with the first aspect of the skill – the feet.

When we’re answering the question, “What is a set?”, we can simply say that it’s the only volleyball skill that requires a pushing motion. Expanding on that concept, there are certain things that are critical for that to happen:

The setter must execute a set in this sequence of events: 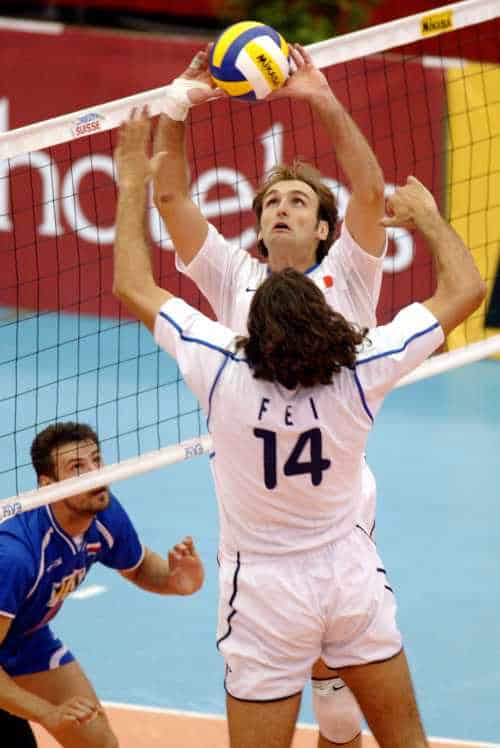 Each event in this sequence could be examined thoroughly, but we’ll focus on footwork. To effectively push, setters need proper spacing between their feet (about shoulder-distance apart) and the right foot forward. (This is the foot that squares the net for the setter, and this is the foundation for advanced footwork like the pivot set.) The step toward the ball must be taken during contact, not before, because it is the first push of the body. The push goes from feet to legs to shoulders, then arms, and finally, to the wrists and hands. For a strong, effective push, the entire sole of the foot must be in contact with the floor.

At the moment of delivery for either a front or back set, the right foot should be forward and the ball should be over the forehead. Keep the torso straight and stable, making sure the hips do not move forward to set back. At the end of the push, keep your feet on the ground to ensure that you have enough power to control the trajectory of the ball to its target.

One characteristic of a successful jump set is jumping and landing in the same place. Setters who float during their jump don’t have complete control over their shoulder and torso. This could also lead to delays in attacking. (For example, a MB having to anticipate and adjust the path of approach around a floating setter.)

Now, to movement. It’s critical to get to the ball as quickly as possible. When and how are things we can evaluate.

When – Do not guess. Observe, evaluate and move! Sometimes setters will anticipate and move early – but in the wrong direction. When they correct, they are usually late to the ball. Simply going faster is not always the solution.

How – To cover small distances, smaller, quicker steps are perfect. For longer distances, use longer steps to get there, but be sure to take the smaller, more precise steps to finish. There may need to be some adjustment for miscalculations once the setter arrives at the ball, and smaller steps are easier to control.

Run with your arms, only raising them to initiate the setting contact. Younger players sometimes run with their hands already raised. This leads to a variety of problems, including slowing them down, making it hard for them to stabilize themselves and limiting peripheral vision. It can also lead to shoulder fatigue due to unnecessary use.

Although this article deals particularly with training and developing setters with varied experience levels, these coaching points can be applied at elite levels, including professionals and Olympians. More often than not, a series of little things done correctly equates to a large gain or advantage. Elite athletes take the small pieces seriously because they know the benefits of doing all the little things right.

Marco Meoni, who specializes in coaching setters, represented Italy at two Olympics, winning a silver medal at the 1996 Atlanta Games and a bronze medal at the 2000 Sydney Games. He was also the setter for Italy’s gold-medal winning team at the 1998 World Championship in Tokyo.