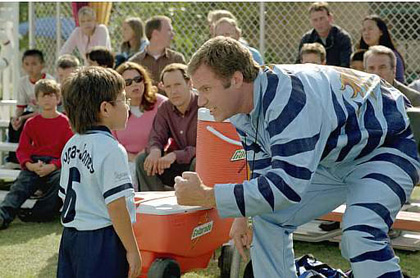 My season is nearing its end here in a few weeks and I felt like right now is a good time to reflect on what I can call a season I'll definitely learn from.  A collegiate coach made the statement to me that he didn't feel a lot of  club coaches are willing to lose more in January and February to win more in April and May.  I took this to heart.  I interpreted it this way: a lot of coaches(and parents) want to win right away and think that a team that wins right away will always win.  I also saw this as a jab to the coaches who will do what it takes to win right now, but who don't fully realize that the team and competition will grow and change as the season progresses.  I see coaches who take the players who are getting the job done now, play them, and take the weaker players and bench them citing the win as the reason they are a good coach.  I've seen this done poorly and I've seen it done very well with teams who qualify and compete well at nationals.  I disagree with this despite what the numbers say in the win-loss column and I will finish with this thought.

My season has been filled with its ups and downs like most seasons are.  The most difficult part was dealing with comments and suggestions made about how I should be coaching and the decisions I should be making.  A lot of them along the lines of reducing playing time or benching players for the sake of the win.  Every time I got this suggestion I have said no.  I told the person giving the advice that it was my job to train that player and help them become the player I need them to be come tournament time.  I received these comments as recent as our last tournament.  I'm reminded of a conversation I had a couple years ago with a parent that went to a different club after playing for the club I coach at the previous year.  He mentioned that his daughter played only a few points at their last tournament.  He stated that he knew his daughter wasn't as good as the other player in her position but that he felt she deserved playing more than a few points, I agreed with him.  I saw this as either an inability or an unwillingness to train that girl.  To take the lumps of having two players at different levels and giving them both attention instead of only attaching their coaching to the one who was already better.  The skill level on my team is pretty even but there are of course some players better and/or different than the others in their position, this is true for any team.  I chose to give attention to all of my girls instead of pushing the ones who were a little behind to the wayside because that's the easy thing to do.  The attention I gave came in the form of me being dynamic with my coaching style depending on the type of girls I had instead of expecting 8 girls(all 13 or 14 years old) to conform to my one coaching style.  It came in the form of pulling girls aside and doing my best to let them know that I believe in them, and that they should believe in themselves too.  Most visibly, it came in the form of me playing my girls, all of my girls, more than a lot of teams do.  I don't believe you can learn the game as well on the bench.  Regardless of what kind of learner you are, having the opportunity to to apply what you have learned is essential. Learning how to fly is pointless if you're never given wings.

By saying no to quickly putting players on the bench and no to focusing more on the better players I have achieved the following at Lone Star, the biggest qualifier in the country.  We came in on Friday as the second seed in our pool, went undefeated, didn't drop a single set, and posted some of the following scores: 25-7, 25-9, 25-8, 25-13(this one against the top seed).  We were then seeded second in our pool on Saturday against tougher competition and went undefeated again winning all three matches while only dropping one set.  We played a challenge match against a good team, we lost, but my girls played very well.  I will admit that we were out-muscled by them but my girls never quit and played strong until the last point.  My girls had a set record of 12-3 these first two days and a match record of 6-1.  We are in the top silver bracket tomorrow.  Even if we lose our first match tomorrow we will finish 19th out of 160 teams from across the country.  I feel this is a pretty good accomplishment in itself.  My team is also a third team, there were two teams picked ahead of me before I could offer girls.  I also had two players quit the team within the past few weeks and threw a new lineup at them and asked them to thrive with very little notice.  I have my libero swinging outside, both setters playing around, an outside I moved to the middle, and a DS I moved from playing left back defense to middle back defense.  We only have 8 players so three players never leave the court, and my libero plays the whole time except for serving.  My girls were very tired(with one feeling pretty nauseous) going into the game with the one seed and despite losing the second set pretty badly(25-13), they found enough fire in themselves to win the third game 15-10.

I must admit I am bragging some on my girls but tell this more to prove a point.  I spent the time to train and coach my girls rather than taking the easy road of benching them when they struggled.  They learned how to push through the tough times, and so did I.  From that they now know how to continue playing and learning through the good times, and the bad.  I teach my girls how to win, and how to act when they lose, because they will do both.  Because I played and coached the girls when others earlier thought I should bench them, I have achieved both my primary, and secondary goals for a season.

By not giving up on the players who aren't at the level of other players I am doing several things.  I am making my team better.  I am winning more.  I am making the girls and parents happy that we are winning more.  I am looking good in front of people watching and deciding my value as a coach.  I am getting a lot of people saying congrats to me and my girls.  I can brag about how well my team did.  I can recruit better and have more competitive teams.  These are all things that I see as secondary to my primary goals: I am helping young ladies be better at something they love.  I am building self esteem and confidence in oneself.  I am making these young ladies happier players and people.  I am giving back to the sport by creating more fans of the game.  I am giving a group of players a reason to look forward to Tuesday and Thursday evenings every week.  I am teaching valuable lessons apropos to athletes.  I am fostering a passion for the sport.  I get to see my girls smile more, and seeing my girls smile is the best feeling I can get when I coach.

I was trying to motivate my girls today when they were very tired and running on fumes.  We won the first set, then lost the second one 25-13, so we were headed for a deciding third set.  I told them the things I wanted them to do strategy-wise.  I said that they have to find something within themselves to give them the energy to finish this match.  I told them that it was their decision and choice to push themselves.  And I asked a question.  What's the most important thing y'all need to do out there?  They answered: "Enjoy ourselves".  We then beat the top seed in our pool 15-10 and remained undefeated in pool play.  After that my girls ate and all took naps in the grass field in front of the building we were playing at on our break.

I finished my previous note about coaching with a comment by Dr. Terry Liskevych and I think it's just as appropriate, if not more, in this situation.  Dr. Liskevych made the statement(in a coaching clinic for a bunch of club coaches) that he felt that club volleyball is a detriment to the sport.  A friend of mine asked him what we could do, as club coaches, to help him out as a college coach.  His immediate response was "just make sure they still love the game".  For me, if this piece of advice is ignored when I coach, I'm barely doing the secondary part of my job.