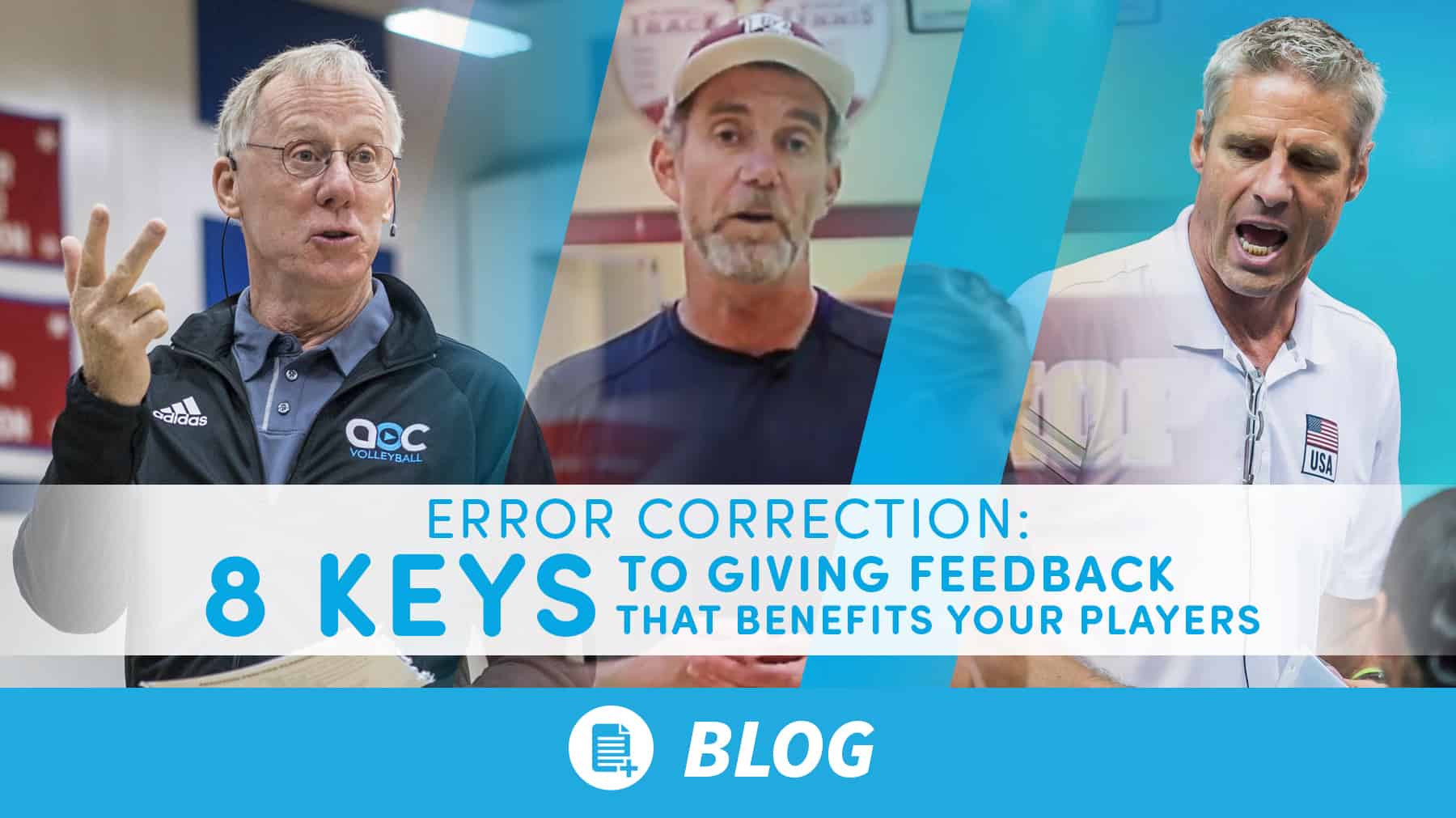 Coaches who have been in this game a long time know that error-correction involves a lot more than telling players they’re doing something wrong and explaining how to do it right. It’s more nuanced than that, and if you can figure out how to do it well, you’ll give your players a much better chance to improve.

Dunning agrees. “If you’re negative, then it’s about fear. If a player is doing something because of fear, then it’s short term. You have to come up with artful ways to do things that work long-term.”

2 | Understand that you can’t defeat gravity

As Mattox says, “Volleyball is a game of fighting gravity and you’re going to lose because it’s tough to have the same relentless nature as gravity.”

But that’s OK. The mission is to embrace the fight. “It’s important for coaches to help young players understand that they’re going to make a ton of mistakes,” Mattox says. “The faster they make them, the faster they will improve.

“I ask my players all the time, ‘Who has made the most mistakes here?’ And it’s me. If you’ve played a lot of volleyball and you’re good, you’ve made a lot of mistakes.” 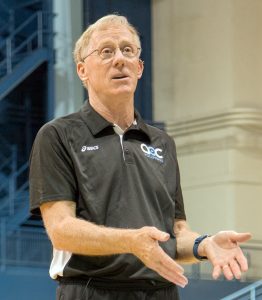 Former Stanford coach John Dunning says success in error-correction depends on getting players to commit to the challenge.

3 | Help players realize the importance of committing to the goal

Error correction, Dunning says, has to be cooperative. “It’s a mistake to assume that a player wants to perfect something at the level you want them to perfect it,” he says. “I’ve had lots of conversations with players so they understand that (a certain skill) is something that the coaches have decided they need to get better at and this is something we’re going to tackle. And we talk about their level of commitment. They have to understand it’s what I want, and they have to understand it’s what they want.”

4 | Be specific about what you’re looking for

Part of achieving buy-in from a player is making the goal clear. “I’ve found that players sometimes don’t want feedback or will have (negative) reactions to feedback,” Dunning says. “To me, that’s a sign that the coaches have not been clear on what it is we’re trying to do.

“You might say, ‘You have some setting footwork that I think makes you slower, and I want to work on it. It’s going to be a really hard job.” Then, you explain specifically how it will be worked on, and you finish by making sure they say something like, “I agree with you. It’s something I need to do, and I’m committed to working on it.”

This can be done with a one-on-one chat between player and coach or in a player evaluation meeting. Or, if it’s a team goal, it can be addressed to the entire team. Here's a video of Dunning talking about steps he used at Stanford to help players get better.

5 | Help with the transfer from isolated to complex

In the first phase of error-correction, you might help a player improve by using a very simple exercise – for instance, working on setter hand-positioning by tossing easy balls and letting them get a feel for what they’re doing. But then it gets tougher, and it’s your job as a coach to assist in the transition. “To effect real change, a player has to understand that working in a more complicated setting – with a pass, multiple hitters, a defense – is more difficult because (the coach) is trying to distract them," Dunning says. "(The original correction) will go away if they’re not focused. What the coaches are looking for is that players can translate what they’re doing in an isolated situation to a complicated situation.”

“You might have an error-correction drill where you say, ‘We want you to be aggressive attacking, but we want you to attack over the net,’” Mattox says. “So when players hit a ball into the net, they don’t get an error-correct ball. They lose their opportunity. But if they hit a ball over the net and it goes out, then we’ll immediately throw the player another set to hit because that’s the kind of aggressive mistake we want.”

Dunning used a similar approach at Stanford. “If you want your outside hitter to learn to hit off the block when they’re out of system, you might make a tool worth 2 points and only give 1 point for a regular kill,” Dunning says. “If the player misses, the coach can ask, ‘Did you try to tool?’ If the player says yes, they get a replay.”

As a longtime beach player, Mattox is big on old-school beach court rules. Win, you stay. Lose (or make a mistake), you sit. “After players do this a while, they learn that we don’t berate them, they just go out, the ball goes in on the other side and we keep playing. They learn to play continuation volleyball.”

8 | Encourage ‘fun’ volleyball without a coach in sight

Kiraly believes in unstructured play, which has nothing to do with error-correction but a lot to do with getting better.

“Enjoying a little volleyball in an unstructured environment – away from organized practices, away from coaches – will help players develop a deeper love of the game,” he says. “The more you love it, the better you’ll play.”