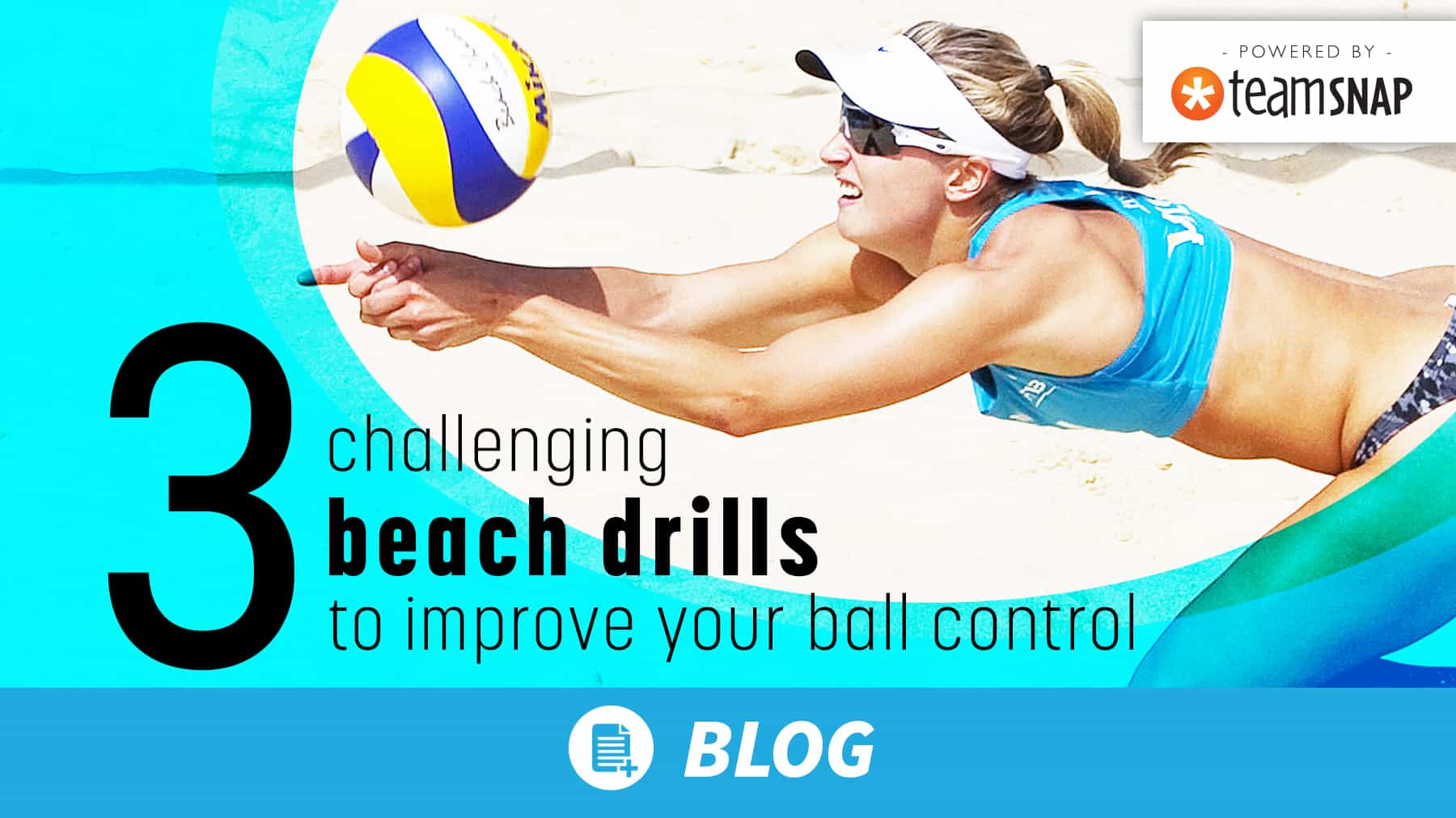 Now that we’re into the new year, a lot of volleyball players are getting back on the sand, so this is a great time to talk about drills that will enhance your skills for the upcoming beach season.

As you know, just playing regular beach doubles helps strengthen your all-around volleyball skill set because you get so many touches on the ball and have to do a little bit of everything. The drills here take it one step further – more reps at a quicker pace and a good cardio workout to boot.

The first drill, “4-touch beach ball control,” comes from Hector Gutierrez, head beach coach at TCU. This is primarily a setting drill that helps players learn how to move to the ball and bump set with their backs to the target.

The coach initiates the drill by hitting a down ball to the line of the digger, who digs into the middle of the court, then runs to bump-set the ball back to the coach. Next, the coach hits another down ball and the player digs again, then hand-sets or bump-sets to a left-side attacker, who approaches and takes a swing.

Drill No. 2, “No jump volleyball,” is presented by Hawaii assistant beach coach Evan Silberstein. This is regular doubles volleyball, but players are not allowed to jump. This extends rallies and rewards creativity, ball control and precise shot-making.

The third drill is “Rapid-fire serve-receive with setting,” taught here by Missouri State head beach coach Terri Del Conte. The objective is to get a ton of reps on both serve-receive and setting. The hitter has to deal with passing before thinking about hitting, which creates a game-like atmosphere.

In the following video, you’ll see the first phase of this drill. There are 4 players on one side (3 servers and a target player) and 3 on the other (2 passers and a setter.) The servers initiate rapid-fire serves so passers have to react quickly to balls coming from different angles. To earn a point, passers have to pass, then roll shot to the target player standing in the middle of the court. To make it more challenging, blockers and defenders can be added.