Coaches often copy what other coaches do, and that means many high school and club coaches look at what D1 college teams are doing – or even the national team – and try to apply it to their own teams. That’s not always a good idea. High level D1 teams and especially the various national teams have the depth and talent to do a number of things high school and club teams can’t. My advice: Coach to your level, and create systems that suit your players. As my college coach Jim Coleman said, “Don’t try tactically what you can’t do technically.”

One example of using your top players wisely: Have your best 3 servers serve 1, 2 and 3. Serving is clearly one of the most important weapons you have in high school and club, so don’t limit your chances by burying your top servers deep in your rotation. If that requires playing a middle on the outside or an outside in the middle, go for it. I’m not telling you to put your players in positions where they clearly don’t fit. But at the lower levels of the game, a number of players are equally suited for multiple positions. So if you have one who can score points with her serve, put her at a position that allows you to place her early in the serving rotation.

Blocking is another area where you can try to maximize the most of a good player or two. Don’t isolate a player who’s your best blocker in the middle if it means the opponent can match up their best hitter with your undersized setter. Have the middle switch as the ball is being served and move her out to the right or left pin. That positions her in front of the other team’s big gun and makes points harder to come by for your opponent. If you have two great middles, have them opposite each other in the rotation but give them training time blocking at each of the front-row positions. 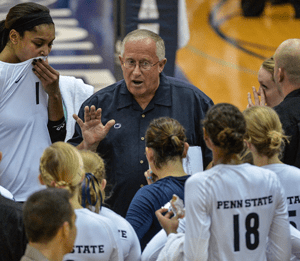 Example No. 3: Get the ball to your best hitter. Too many coaches either try to spread the ball around or don’t get creative enough with their go-to terminator. To win matches, you want to feed the ball to the player who can get kills. If she can hit back row, set her out of the back row. If she’s mostly just a front-row hitter but a great one, set her on the left when she’s in left front but, when she rotates, create a set for her in the middle – maybe even a high ball. And then find a good set for her when she’s in Zone 2. If you’re trying to win, it isn’t about giving everybody an equal turn. Everyone can celebrate a victory but not every player can get you one.

Remember what I said about not doing tactically what you can’t do technically. This also applies to using your servers, blockers and hitters in the ways I’ve described. If you have limited training time, be sure your team is solid in the fundamentals before you spend a lot of time shifting players around for strategic gain. I always think it’s good for teams to be able to do more than less, but the basics come first.

Russ Rose has led the Penn State women’s volleyball team to a record seven NCAA championships in 38 years as the Nittany Lions’ head coach. He is the winningest coach in the history of NCAA D1 women’s volleyball with 1,189 victories (through the end of the 2016 season).