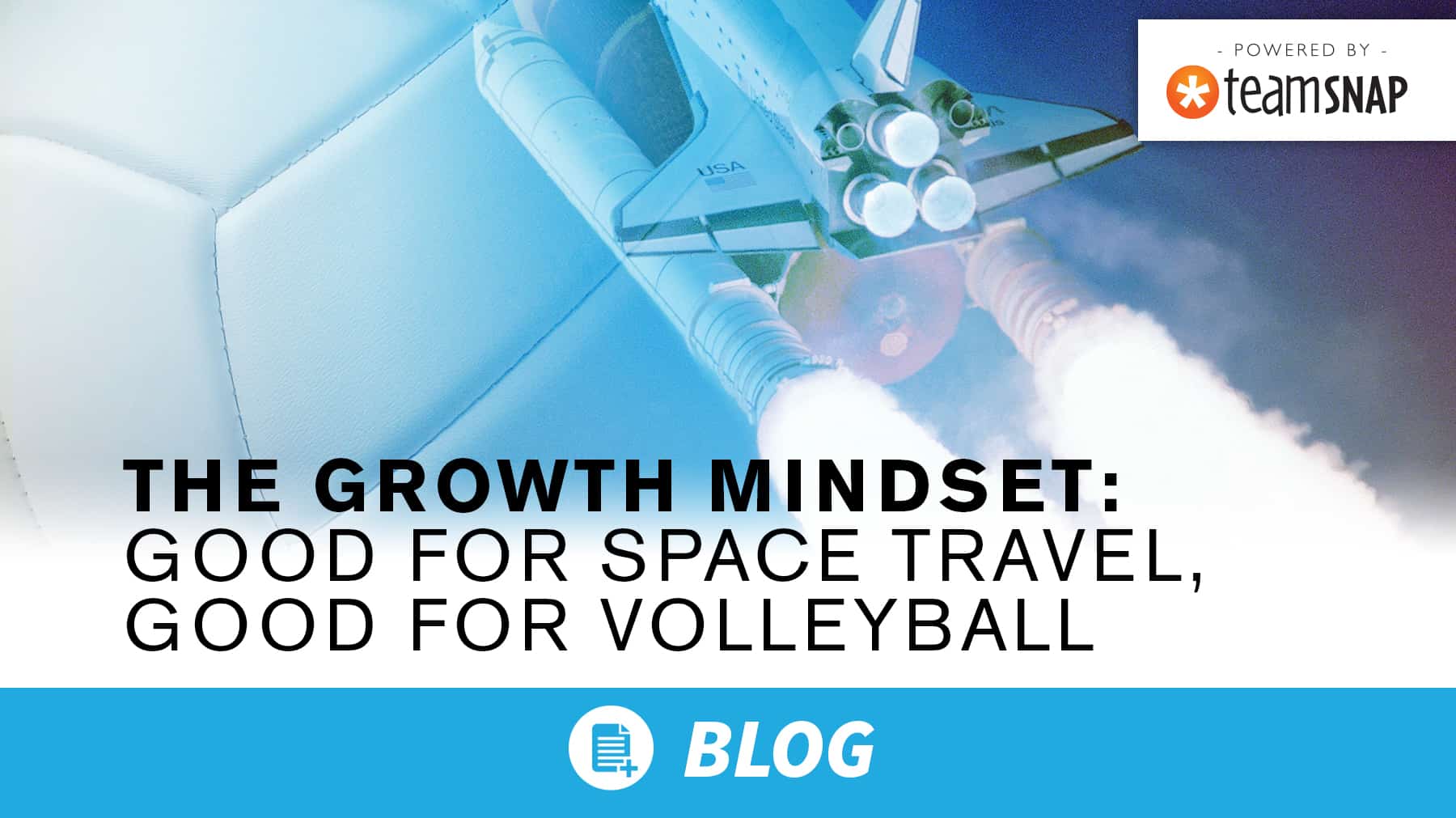 NASA reasoned long ago that people whose job applications were filled with nothing but success stories wouldn’t be the best astronauts. Carol Dweck, a professor of psychology at Stanford, writes about it in her book “Mindset: The New Psychology of Success,” noting that NASA chose candidates who had experienced “significant failures and bounced back from them” rather than those who had always landed squarely on their feet.

I picked up Dweck’s book recently after an interview I did with U.S. women’s national team coach Karch Kiraly. He mentioned that Dweck’s research had influenced his coaching philosophy.

The theme of Dweck’s book revolves around the difference between a “growth mindset” and a “fixed mindset.” People with a growth mindset, she explains, embrace challenges, accept failure as a necessary learning tool and set themselves up for success by continually finding ways to get better. Those with a fixed mindset view intelligence and skills acquired in life as influenced mostly by the genetic hand they were dealt, which means they might say things like, “I’m not a good passer” and leave it at that.

Dweck’s book and her research urge us to reject the fixed mindset mentality and embrace growth. And so does Kiraly. He encourages players in his gym – and all players – to “work to the edge of their abilities by taking more risks and not fearing mistakes.” It’s an uplifting challenge, he says, to get excited about how good you might become by tackling difficult tasks.

Andrea Becker, a professor of sport psychology at Sacramento State University who has worked extensively with the U.S. men’s national team, is also a fan of the growth mindset. From her perspective, the more failure, the better.

“Failure is important for so many things – namely, confidence,” she says. “Kids who are protected from failure are not confident in the face of failure as young adults.” Similarly, coaches who win very early in their careers often “fall victim to thinking they know it all,” she says. “But coaching is really hard and eventually they are struck by the reality that winning doesn’t always occur in the same way when you’re dealing with different people.”

One method Becker uses to help people maintain a growth mindset is to teach them to redefine perfection. She talks about it in this video.

Dweck’s book ends by telling us that changing from a fixed to a growth mindset takes a lot of effort. This is important to note, and it’s equally important to note that it won’t all be fun. Stephanie Schleuder, who won more than 700 volleyball matches in her college coaching career at University of Alabama, University of Minnesota and Macalester College, makes that point in her book “Brain Training for Volleyball.” “To be able to do what you enjoy,” she writes, “you have to do some things you don’t enjoy – e.g., homework, library research, lifting weights.”