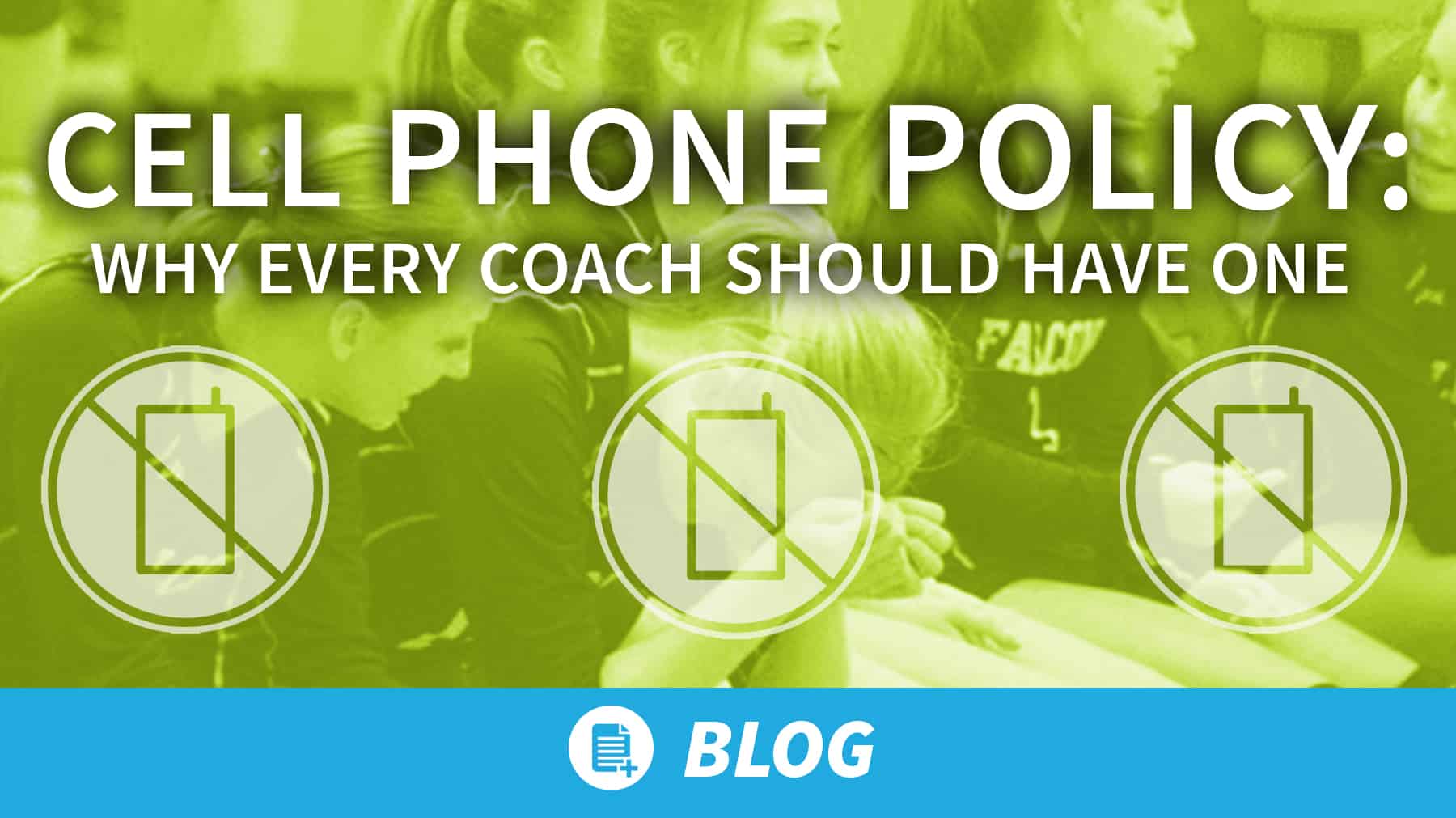 Each person on the bus had received the same letter from the head coach. It said:

“If you are going to travel as a guest with the university volleyball team, you will be asked to follow this very important rule. Do not use your cell phone or any of its features while on the trip unless you happen to be inside one of our cell phone zones, or on your own away from the group.”

When I saw our coach reaching menacingly toward one of our guests, I suspected that something was about to go wrong. I was right! Coach ripped the cell phone from this guy’s clutches and fired it out the window of the bus. I watched in disbelief as the cell phone clickety-clacked along the pavement. I could hear our guest mutter, “It’s just a phone.”

No, it isn’t. For volleyball coaches, it’s so much more. It’s the embodiment of all that complicates communication within the team.

My personal awakening to this reality occurred after a tough loss as I lingered outside the bus to be sure everybody was aboard. My plan was to deliver a brief “How do we handle defeat?” analysis to keep the players on task as we prepared for our next opponent.

I boarded the bus and took my position at the front, but I kept my eyes on the floor. I didn’t want to tip my intentions. I wanted my young but talented team to feel the sting of defeat. When I finally lifted my eyes to address my players, I was shocked to see that every one of them had cell phones pressed to their ears. They appeared to be in deep concentration, something we could have used more of during the match.

As I attempted to deliver my speech, I was even more surprised to see that no one felt compelled to turn off their phone and turn their attention to me. My blood began to boil.

Finally, one player spoke up. While covering her cell phone’s speaker with one hand, she belted out:

“Oh, just a minute, Mom. Coach wants to say something.”

At that moment, one thing became clear to me: A cell phone is the No. 1 source of team distraction. And with that being the case, it’s essential for all coaches to have a cell phone policy.

Why does everyone place their cell phones next to their spoon like it’s an additional piece of silverware? Few players can reign in the urge to use the phone at team meals. I once caught a player answering a call with a mouthful of mashed potatoes. She actually spit the potatoes onto her plate to improve her diction.

It used to be easy to spot cell phone-policy violators. But texting has made things more complicated. The current generation of players are fully capable of talking with one person while texting with another, all while concealing the phone’s location.

Below, I’ve listed cell phone guidelines that I enforced with my team. Once the players bought in – and they did – I noticed significant improvement in player-to-coach communication and even player-to-player communication.

Zones where cell phone use is OK

Remember, you are powerless to stop the evolution of electronic communication, whether you think it’s good, bad or somewhere in between. But a policy with reasonable guidelines will help everybody understand that there’s a time for phones, and a time to put them away.