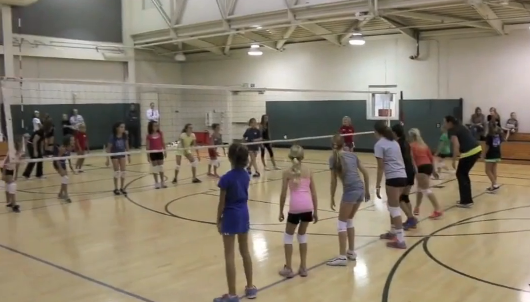 Without a strong approach, it’s hard to become a great hitter. But it sometimes takes awhile for young volleyball players to coordinate the steps and the timing.

Cary Wendell Wallin, currently the Director of Player Development at 949 Athletics in Orange County, Calif., and a former NCAA Player of the Year at Stanford, explains in this video how she breaks down the 3-step approach in a way that helps young players develop proper rhythm.

She takes you through the process step by step, emphasizing the following points:

The second part of the video captures Cary in the gym with a court full of kids. The drill is simple – line up on the 10-foot line and approach the net while saying “left, right, left.” It works. The kids are having fun, and they’re learning a volleyball approach.