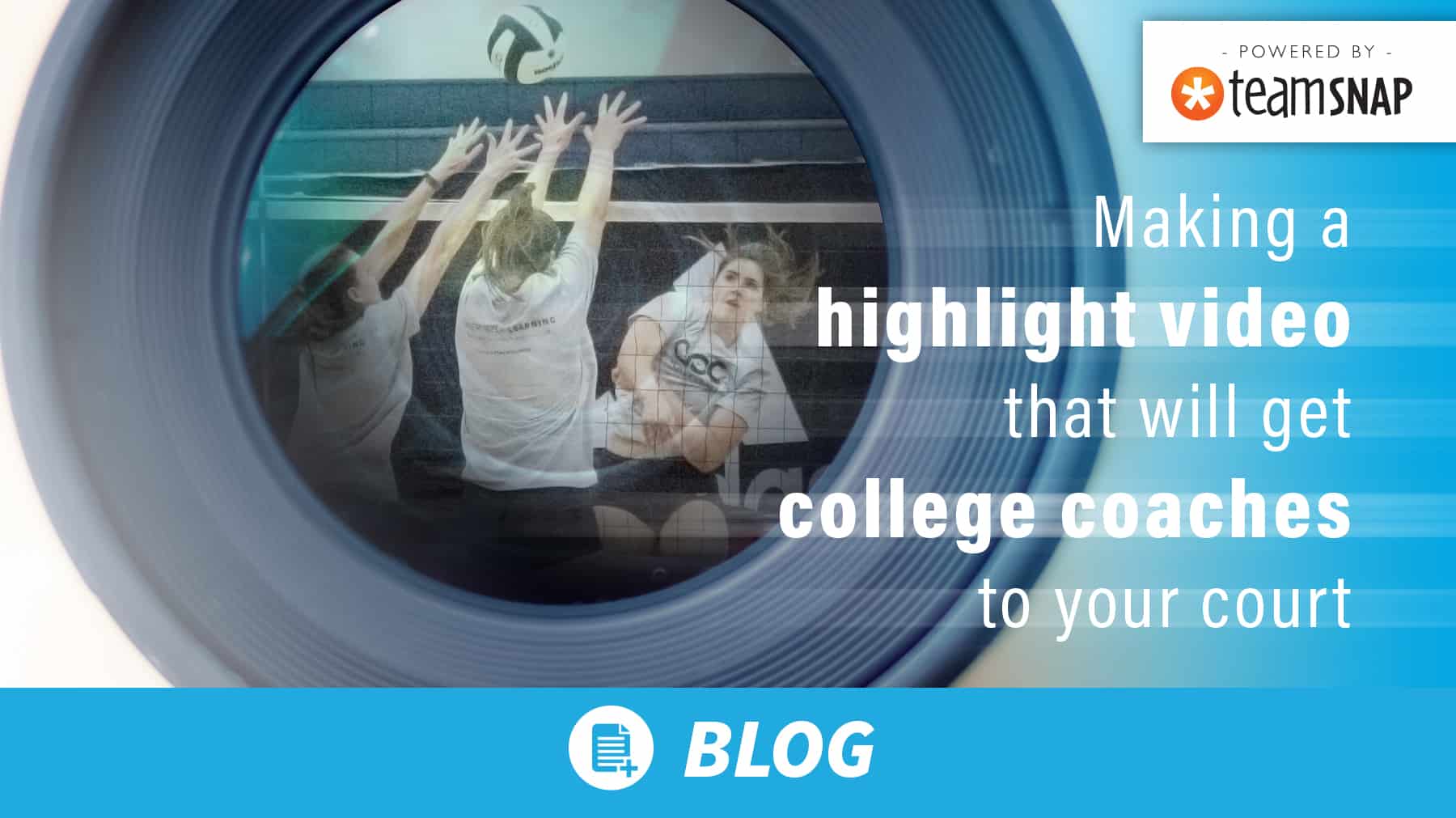 Good, short and organized highlight videos will catch the eye of college coaches IF they need your position in your grad year AND they see in the video that your athleticism, court movement and skill level could make their team better.

When you send intro emails to college coaches, you should always have a link to your YouTube video in the body of the email.

Here are some key things to keep in mind when FILMING the video:

Keep the sound on because it’s good to hear the players talking on the court and the excitement of the match. Keep from talking near the camera so the coaches aren’t hearing your conversations while watching the video. Cheering is fine!

Here are some key things to keep in mind when EDITING the video:

Have the video in regular speed and not slow motion. Coaches can pause the video if they want to analyze the movement more closely.

Show them your versatility!

A few other tips:

You don’t need to send coaches a full set or match unless they specifically ask for it. (If they do ask, it means they plan to make time to watch it and want to see more video before they watch you live.)

You need to send them the best recent video you have, but you don’t have to send new video every time you contact them or after every tournament.

You don’t need to hire an expensive company to edit video for you unless you or your parents have absolutely no time. Making videos is time-consuming, but the player – and sometimes the parents – know the best plays to include.

The level of play in the video is important in some ways, but in other ways it’s not! That sounds strange, but coaches are watching YOU. They can see your athleticism, your movement and your technique no matter who is around you. It is good and preferred to have video of you playing at a high level against a good team. Coaches like to see that you can handle tough competition and excel. But this is not something that makes or breaks the coach’s interest in you. If you’re a good, athletic player that they think can only get better and will help their team, they will mark you down and watch you play.