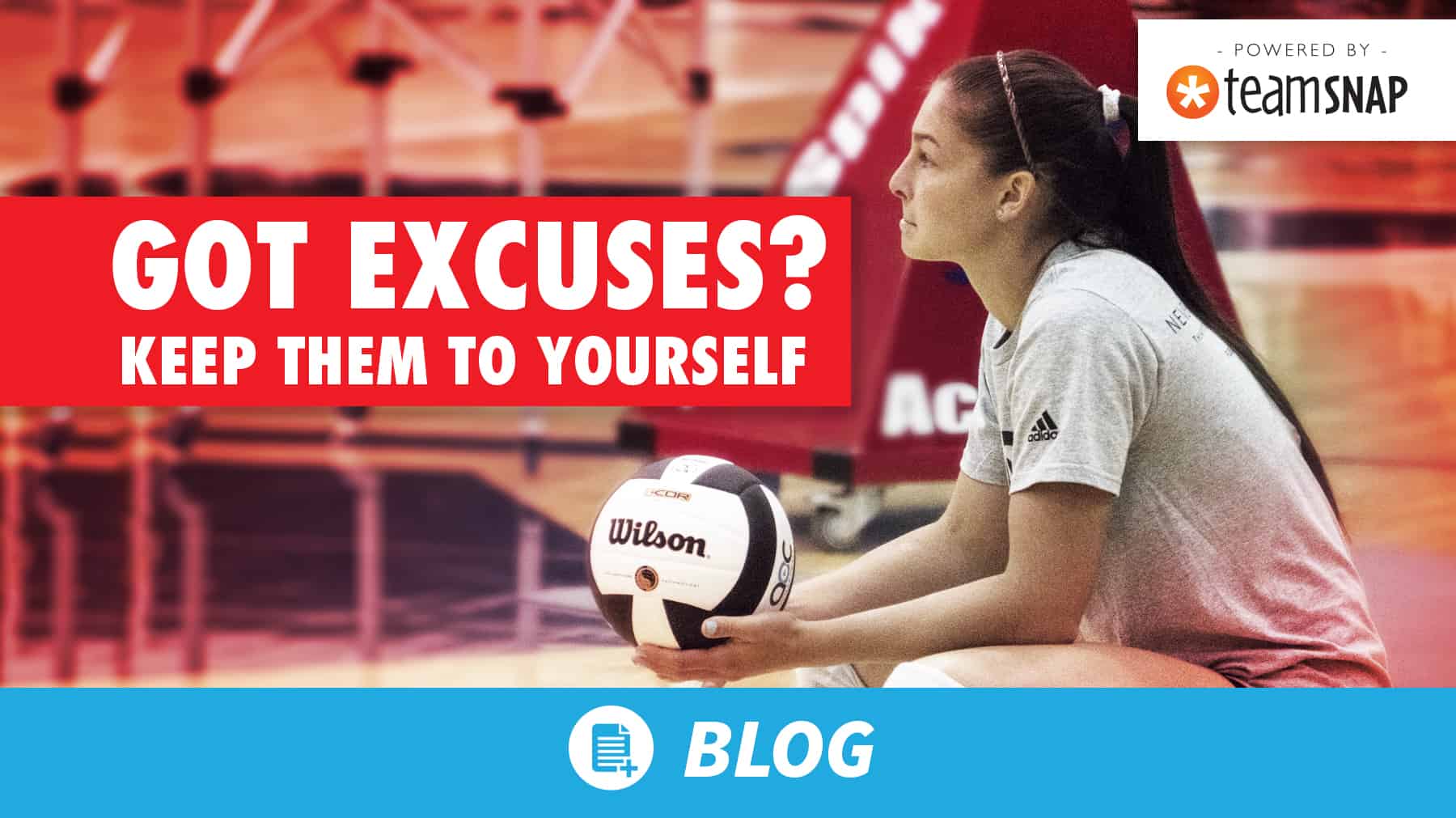 You’ve heard the saying, “Don’t give me a weather report.” Well, it has a purpose. Your coaches – or teammates – don’t benefit from hearing a bloated explanation of why you were late for practice, didn’t go for a ball or forgot that the other team’s setter was in the front row. All they need to know is that you’ll take steps to be better next time.

A winning mentality has a lot to do with planning ahead, not apologizing after the fact. Alix Klineman, a beach pro who played for the U.S. women’s indoor national team and was an All American at Stanford, shakes her head when players arrive at the beach at 9:05 for 9 a.m. practice because “they couldn’t find parking.”

“Growing up,” she says, “I learned to build in for things like that, so there was never an excuse. If I have a 9 o’clock practice, my goal is to get there 30 minutes early. If I’m running 10 minutes behind, I’m still 20 minutes ahead.”

Back when Klineman played club and high school volleyball in Manhattan Beach, California, one of her coaches required the entire team to run a suicide if anyone was a minute late. Two minutes late, everybody ran two. And so on.

“One time somebody’s car ran out of gas and they were 21 minutes late,” Klineman says. “We ran some of them that day, but we had a tournament that weekend, so we played, then ran the rest after the matches.” 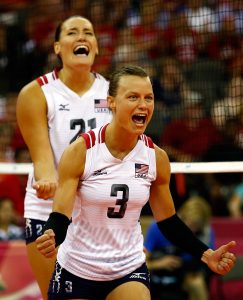 The no-excuses theme was also adhered to by former USA setter Courtney Thompson, a two-time Olympic medalist. She wrote about it in an open letter titled “8 reasons no one cares you’re tired.” Among her points:

Playing with energy, even when you’re not feeling energetic, is important. Penn State women’s coach Russ Rose, who has guided the Nittany Lions to seven NCAA championships, made that clear a few years ago in a preseason talk with his team. “You can’t be a flatliner player,” he told them. Here’s a video of what else he had to say on the subject.

Karch Kiraly, head coach of the U.S. women’s national team and a three-time Olympic gold medalist, tells the story of the time he was pressed into setting duties with the USA team at an important tournament in 1985 that served as a qualifier for that year’s World Cup. The team’s starting setter, Dusty Dvorak, missed the tournament because of a death in the family. The second setter, Jeff Stork, suffered severe dehydration during the final match against Cuba. If ever there was a built-in excuse for losing, missing your two setters was it. Instead, Karch took over even though he hadn’t set since college and the team toughed it out. “Rather than falling apart, we relished the challenge, figured out a way to make it work and went on to beat Cuba and book ourselves a ticket to the World Cup.” And the U.S. men won that World Cup – for the first time in the history of the men’s program.

Keep in mind, the no-excuses mentality has its limits. U.S. middle Tori Dixon learned that the hard way in spring practices before her senior season at the University of Minnesota. The team was running sprints, and she wasn’t feeling well. Her coach, Hugh McCutcheon, pulled her aside and told her she needed to go harder and lead by example. Instead of telling him what was up, she tried harder. McCutcheon noticed after the next round of sprints that Dixon didn’t look right.

With that, her practice ended. Cardiologists later determined that she had a condition known as atrioventricular nodal reentrant tachycardia that required heart surgery. The happy ending is that surgery went fine, and Tori is still playing for the national team. But that’s obviously an example of when you should NOT keep something to yourself.

Absent health conditions or family issues, though, it will serve you well to become more stoic and plow forward. On a low-energy day, don’t waste the energy you do have coming up with excuses.

And remember this: No single day, practice, match or tournament will ever present you with perfect conditions. So embrace the challenge of what the world throws at you. It’ll make you better in the moment and better in the long run.