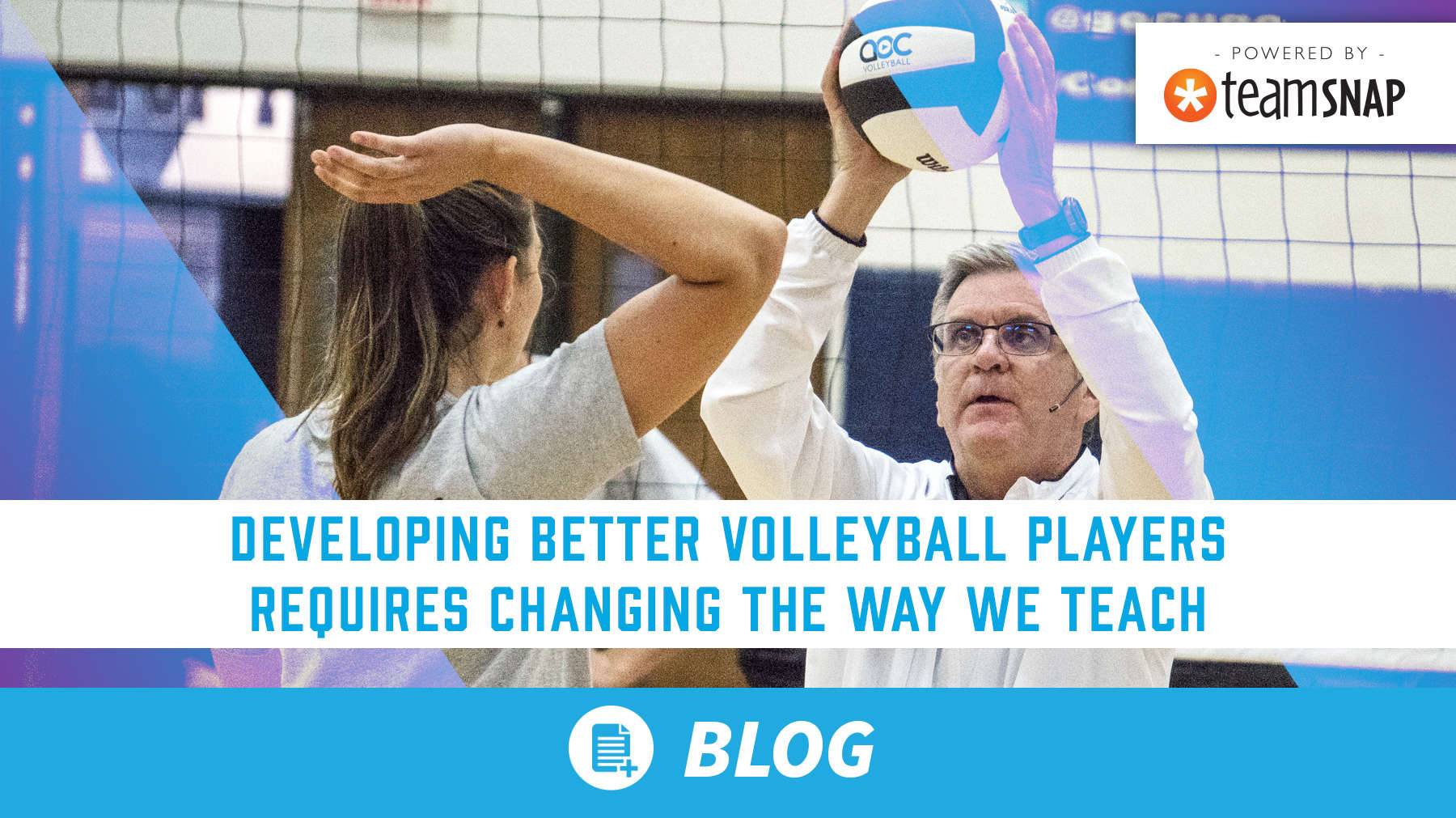 In the recent World Cup of soccer, two countries, Belgium and England, experienced their best results in many years by reaching the semifinals. Belgium hadn’t gotten that far since 1986, England since 1990.

Their success was not by accident. Both countries, frustrated by poor play in recent World Cup competitions, chose to examine their player development programs at all age levels. Both countries had a similar goal – figuring out how a broader base of skilled players could be developed. Their focus turned to critiquing and altering the training format for players from the ages of 8-13. This led to major changes in how they taught the game and played the game.

Unlike the state of soccer in England and Belgium in the early 2000s, the state of volleyball in the United States is very good. Participation numbers are increasing, our national teams are successful and collegiate programs are increasing television visibility and attendance numbers.  However, like any successful organization, we should always be looking to improve. To continue elevating the level of play in our sport, we need to develop more multi-skilled volleyball players. Currently, we mask the shortage of all-around skilled players with substitution rules and positional specialization. To develop players with a diversified skill set, we need to start at the young ages – specifically, ages 10-13.

Motor-learning experts say that the key ingredient in skill acquisition is the number of contacts in a game-like environment. Equally important is making the game fun, especially for younger players. How is that accomplished? Long rallies are a big part of it. When the ball travels over the net multiple times, everyone gets more enjoyment – and more touches.

Current rules for ages 10-13 make the above items challenging to achieve. The court is too big, and there are too many players. I’m not sure we should be asking an 11-year-old girl to play on a court with the same dimensions as a 6-8 male Olympian. Since the court is large, the rallies are diminished, and that diminishes the number of contacts. Hence, much of the fun is lost.

The first change I would recommend is to make the court about the same dimensions as a badminton court: 22 feet long, 17 feet wide on both sides of the net. The net would be lowered to a height that average-sized players can reach.

My next suggestion: all players under 14 play 4 v 4 matches in which everyone is allowed to hit, block, serve and set. Why 4 on a side? It’s important that players learn the concept of blocking and defending around the block, but the reduced number of players, combined with the smaller court dimensions, promotes more contacts and encourages longer rallies. As I mentioned, increased contacts are critical to skill development.

I also propose that matches be the best of 7 sets (first team to win 4 games) and that each game only go to 11 points. Shorter games promote more urgency to score, and 7 games would provide more opportunities for comebacks. If a team is winning easily, you don’t have to suffer through a 25-10 set. It’s over quickly, and both teams can refocus on the next game. This format also creates more natural breaks so coaches can substitute.

All of these changes would be easy to implement at USAV events. No additional courts or uprights would be needed. All that would be needed is tape to mark off a smaller playing area on a regulation court.

I’m not sure that coaches, as a collective group, are paying sufficient attention to developing the all-around skills of our younger players. Quite often, coach – and parents – tend to focus on winning. I would strongly encourage the various governing bodies in this country to budget the time to study the current system, discuss possible options and implement a strategy to develop a broader base of players who have solid all-around skills. This would undoubtedly lead to better players, better play and a greater enjoyment of our sport by all.