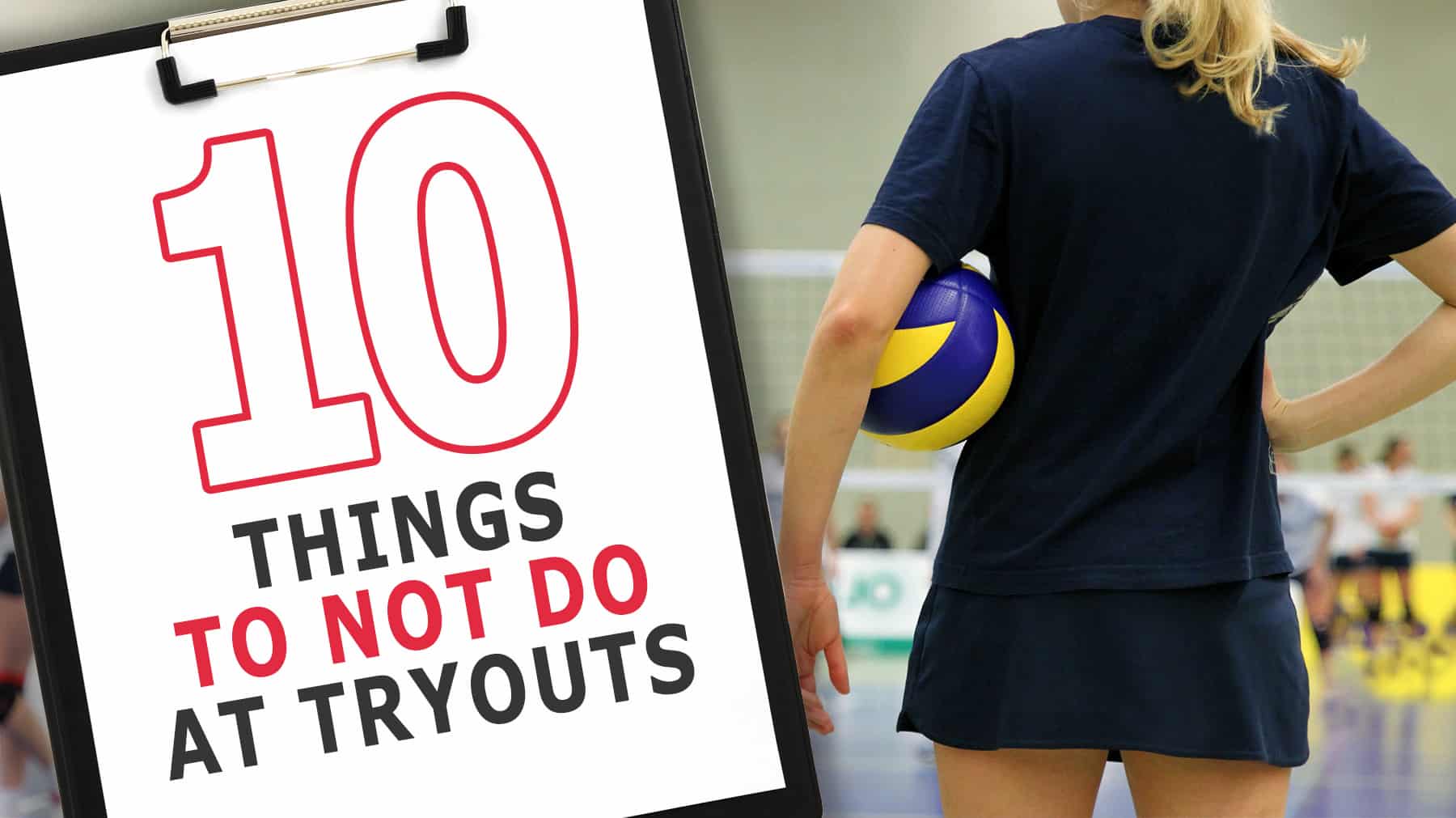 Now that we're in tryout season, players nationwide are focused on impressing coaches so they can earn a spot on the team. The Art of Coaching Volleyball is here to help! We asked a few top coaches to share things they DON'T want to see from players during a tryout. If you're a player, read and heed. If you're a coach, pass it along to your players.

1. Don't give your setter a hard time. Got blocked? Hit out? Shake it off and move on without placing blame.

2. Don't bring your cell phone into the gym. Coaches don’t want to see you texting when you should be concentrating on volleyball.

3. Don't form cliques. Be sure to rotate who your partner is for drills and invite new people into your group.

4. Don't ever quit on a ball, even if you know it’s unlikely that you’ll get to it. Even in pepper! Coaches want players who give their all on every ball.

5. Don't talk when the coach is talking. it’s disrespectful and sends a bad message to the coach.

6. Don't do anything halfway. Lazy footwork on free balls, not covering the hitter, walking to shag balls, etc. Give your all whenever you’re in the gym.

7. Don't pay attention to your parents on the sidelines. No conversations or gestures. Coaches want to focus on the player, not the parent.

8. Don't carry a mistake with you into the next play. A coach can tell by your body language if you’re not over being blocked on the previous point.

9. Don't be resistant to stepping into another position, even if it’s not the one you’re trying out for. Coaches want players who can adjust and are willing to be versatile if that’s what’s needed to make a drill work or help the team.

10. Don't give off a negative vibe. Look like you’re having fun playing the game. Smile, be upbeat, support your teammates, and enjoy yourself. Coaches like players who bring positive energy to the court.

Bonus: Don’t show up for a tryout wearing a t-shirt from a rival school or club!