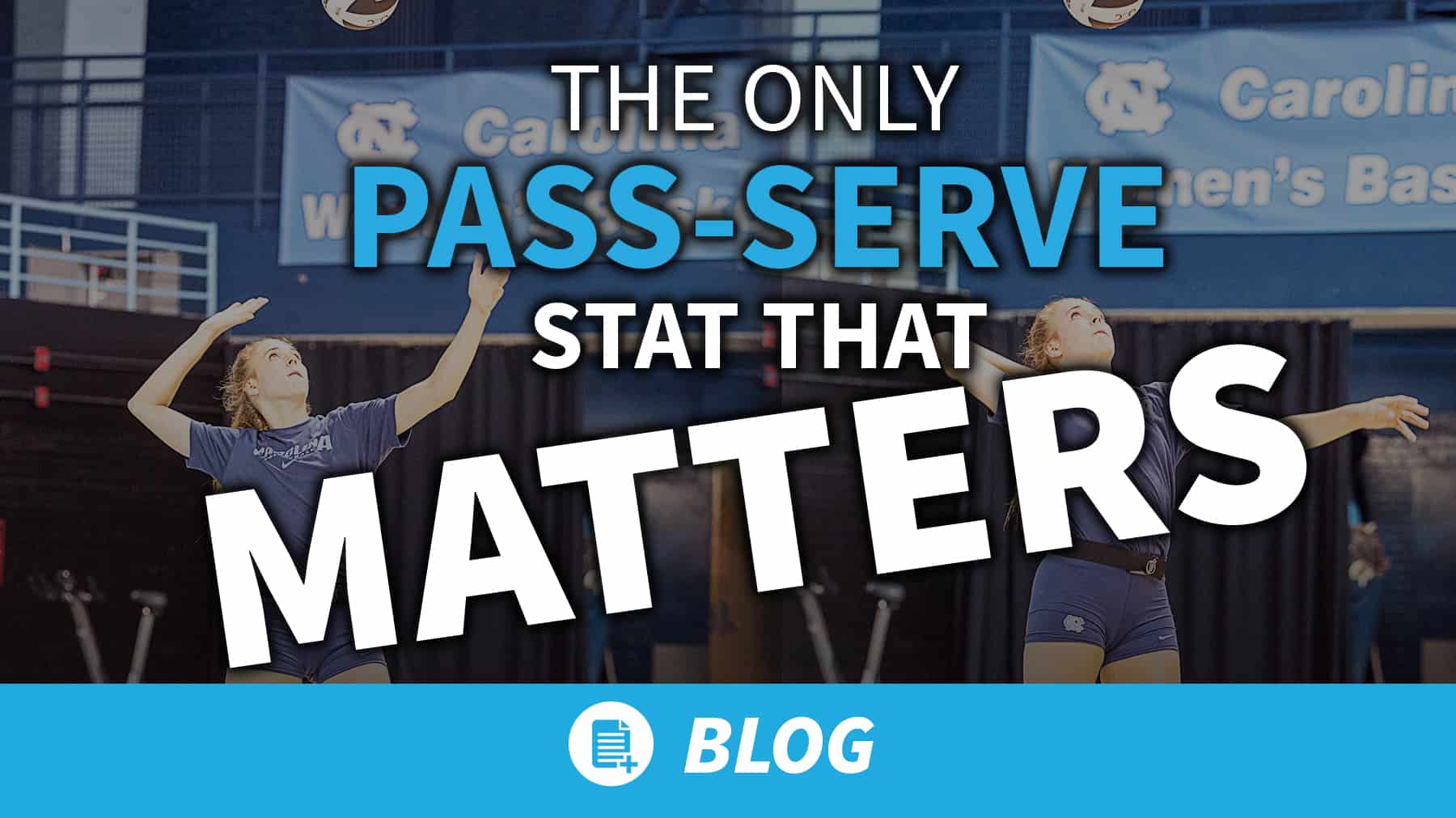 In a blog posted recently on The Art of Coaching Volleyball, I wrote that serving and passing are overrated. I also mentioned that there’s a way to definitively determine which team wins the serve-pass (S/P) game. To explain, it’s necessary to go into the statistical weeds a bit, so you English majors might want to skip to the bottom of this posting. The good news is, many of you will already have all the needed information at your fingertips.

Jim Coleman, who coached the USA men’s team at the 1968 Olympics, developed the most widely accepted serving and passing stats many years ago. They involve rating each serve and pass on a four-point scale: 0 being the lowest, 4 the highest. The key to this system is how the two skills are related. The passing score dictates the serving score. But before we get to that, let me first explain how the passing number is arrived at and then show how it determines the serving score.

The serving score is based on the result of the pass, and the 2 scores must add up to 4.

With the exception of an opponent’s missed serve, these scores are given to an individual to determine how well she/he performed. Their scores are calculated by counting the total attempts and dividing that by the total points they received for that skill. Here’s a simple example:

To calculate team serving and passing you simply add all the individual attempts and divide that number into the total points for the team. Here’s an example:

This is where most people stop, thinking they have the whole story regarding their team’s passing. However, this is not a “true” team passing score. For that you need one final step: adding your opponent’s missed serves into your passing numbers.

That’s all there is to it. The team with the higher passing number wins the S/P battle. It's important to include opponents’ missed serves so you have a number that reflects both serving and passing. Also, keep in mind that a good passing team can force the other to attempt higher risk serves and miss more in the process.

Did I say it was easy to take this stat? It really is once you do it a few times.

Personal note: I figured if my team’s true passing score was within .15 (higher or lower) of our opponent’s, then passing played no real role in the match outcome.

Jim Iams was an assistant coach to Terry Liskevych from 1985-88 for the U.S. women’s Olympic team and an advisor for the ’92 and ’96 teams. He was a head coach collegiately from 1989-99 at the University of Georgia, where he compiled a 242-118 record and led the Bulldogs to seven NCAA tournament appearances.