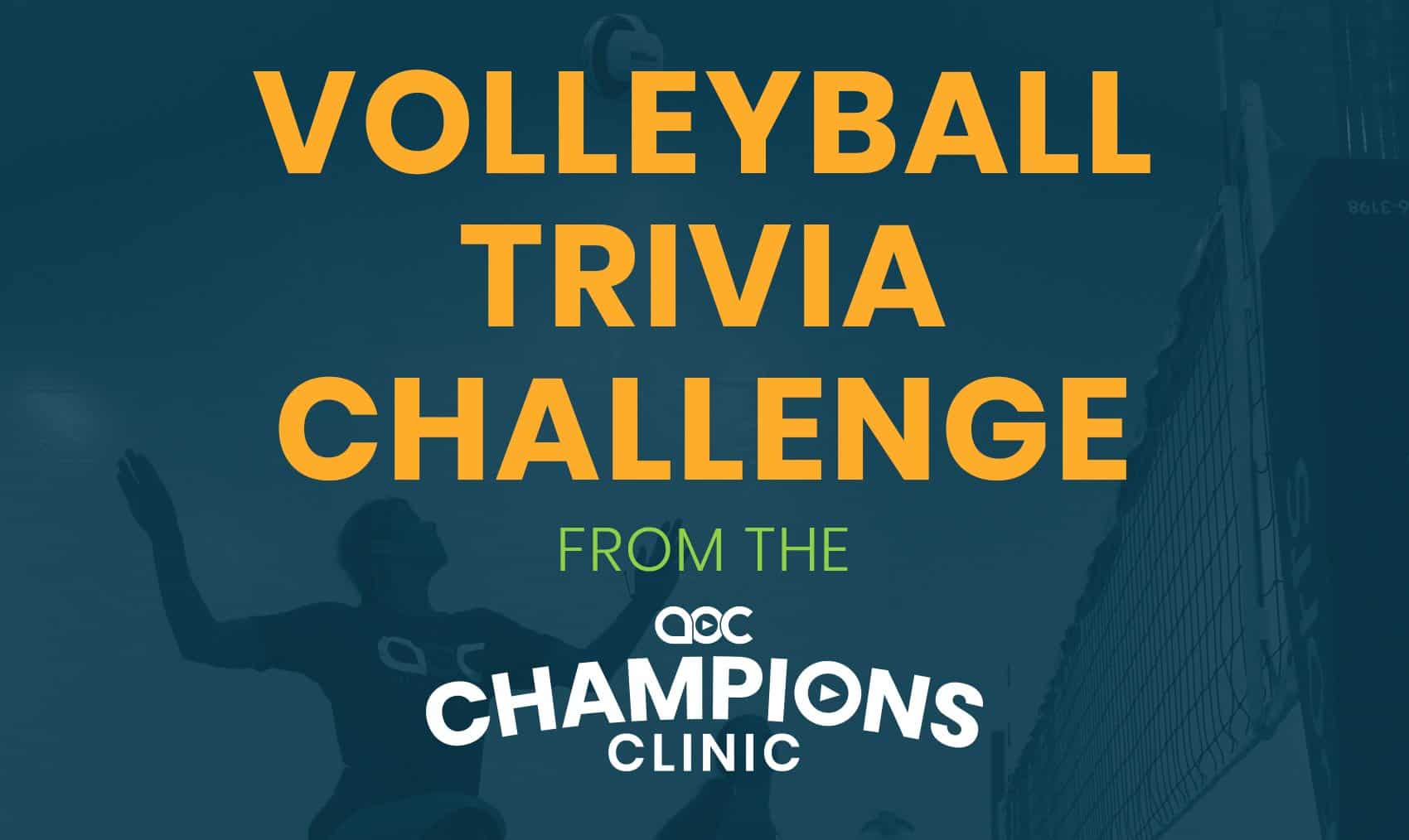 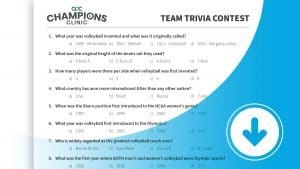 During the AOC Champions Clinic, attendees tested their volleyball knowledge in a fun trivia challenge that we also want to share with you!

If you're looking for a fun activity for your next team meeting (or virtual team meeting), split your players into teams and have them compete to see who can answer the most trivia questions correctly. No Googling allowed! Use the "Answer" toggle below to see the correct answers so they can tally up their scores. Have fun!