Darlene Kluka has experienced the sport of volleyball from nearly every imaginable angle. She has played the game, coached the game, refereed the game, studied the game, held several important positions for USA Volleyball and played an integral role in helping USAV launch its sports medicine and performance commission.

Currently, Kluka is Dean of the School of Human Performance and Leisure Sciences at Barry University. (Her volleyball career has included playing at Illinois State University, coaching a state championship team at New Trier High School in Winnetka, IL, and also coaching at Bradley University in Peoria, IL.)

As you can see, her expertise is widespread, so Art of Coaching asked her in a recent interview to share some information that would be helpful to volleyball coaches at all levels of the game.

Many of the tips you’ll find below relate to visual perception and its impact on volleyball performance, a subject Kluka has studied for many years. In fact, the knowledge she has passed along to coaches and players on this topic is part of why she has received two of the game’s highest honors: induction into the American Volleyball Coaches Association Hall of Fame and the Leader in Volleyball Award from USA Volleyball.

Here are a few tips that she thinks will help your team:

Get your eyes checked 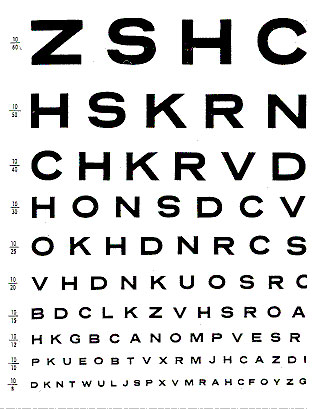 At one point in her career, Kluka coached a collegiate player who ended up being an All-American. Butearly on, Kluka noticed that the player was frequently a hair late or slightly out of position when playing back-row defense. So she had her get an eye exam – and there was a noticeable change in her timing.

One final thought on this subject: Contact lenses are better than glasses, Kluka says. Frames can obscure your vision of moving objects in ways that contacts don’t.

Get visual cues before a match

At some point before the match begins, have your players focus on the ceiling and get a frame of reference on what is where. As you know, volleyball is a sport that frequently requires players to look up, so if they can get visual information from above before they compete, Kluka says they will be better able to determine whether a ball is in or out during a match. She suggests having the entire team walk the court. You might start players by the net on the left sideline, have them walk backward to the end line, then shuffle across, then move forward to the right front. As they walk, they should be looking up at the ceiling to gain reference points for their locations on the court.

Setters: Use your eyes, not your head 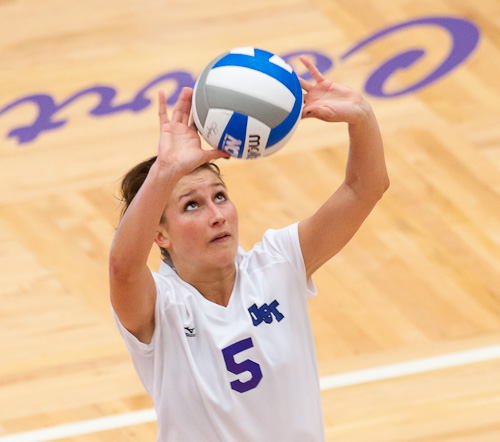 As Kluka points out, setters at the highest level of the game (top D1 college, USA team) understand that you don’t have to turn your head to see what the opponent is doing. Slight movement of the head may be necessary, but you can get most of the visual information you need by moving your eyes. And she says that’s a lot quicker, more efficient and provides a more complete picture of what the opponent is doing.

“There are six extra-ocular muscles that move each eye, and they move faster than any other muscles in the body,” Kluka says. “So your eyes are what should be moving, not your head. Moving your eyes takes milliseconds. Moving your head takes hundredths of seconds. The more the setter can use the eyes to gauge what’s forming on the other side of the net, the better off she is.”

Volleyball players compete in many different gyms with different lighting and different backgrounds.Practicing with white volleyballs and multi-colored balls that are randomly presented will help players adapt to change. When they have experienced it in practice, it will be easier to manage during a match.

And a non-vision tip: Contextual drills are better than multiple reps

When you visit a gym and watch high school or club teams practice, you often see athletes performing one skill over and over. For instance, they might serve 25 balls in a row.

A better option, says Kluka, is to create drills for your players that are closer to what they will experience in a game. Rather than having them serve again and again, have them serve once, then progress to something else. Over the course of practice, they should still get about the same number of service reps, but by doing them in more game-like situations, you train players to transition more easily from one context to the next.