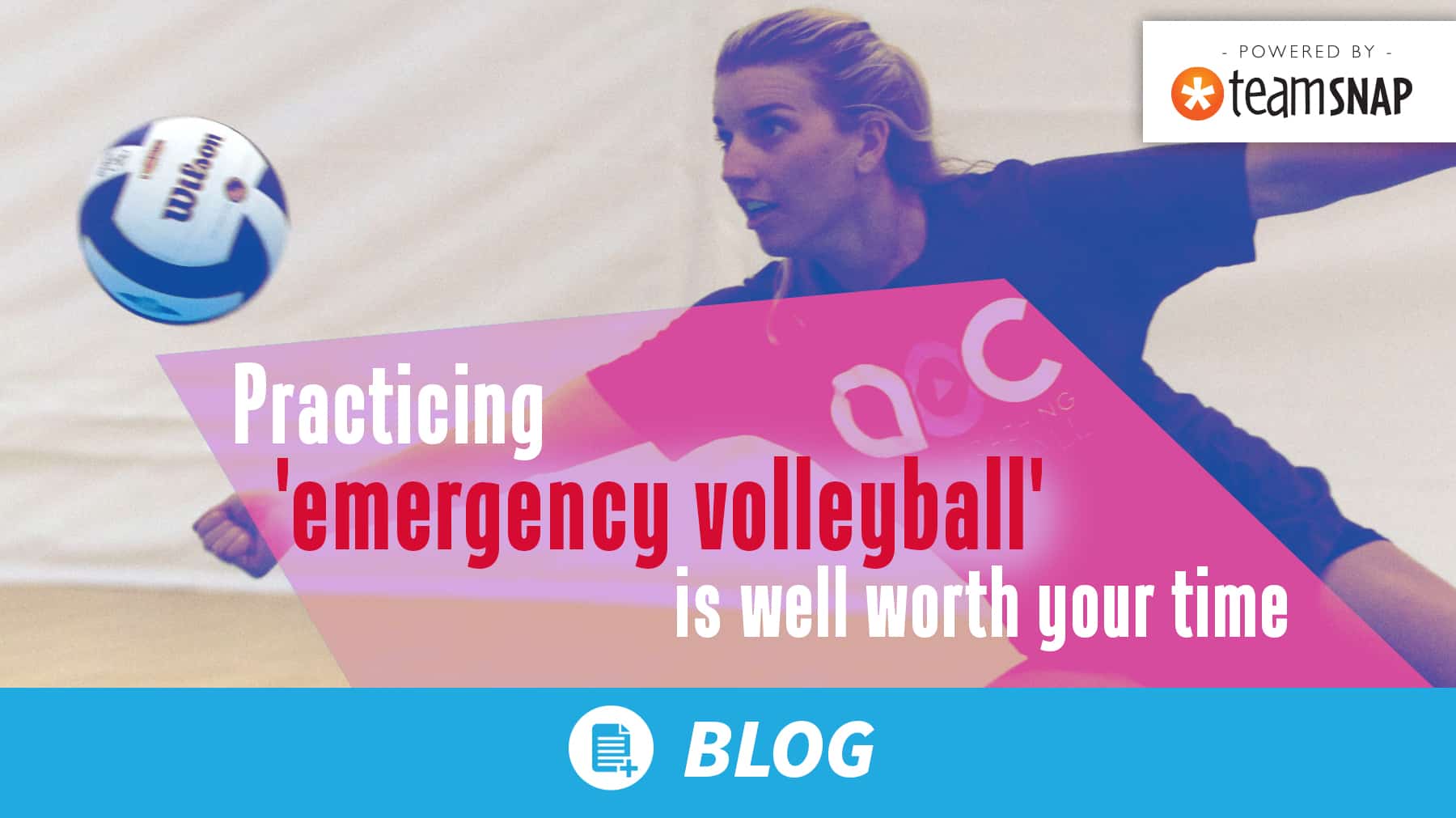 It’s mid-morning on a weekday at the American Sports Centers gym in Anaheim, California. The U.S. women’s national team is working on emergency moves. The emphasis is “The Pancake.”

The drill couldn’t be simpler, as you’ll see in this video, where Olympians Jordan Larson and Foluke Akinradewo are paired up. Larson makes loopy tosses, Akinradewo stretches for pancake digs from her knees. Soon, they switch roles.

Minutes later, the players move on to emergency drill No. 2 – bumping balls out of the net. The session ends after about 15 minutes with U.S. coach Karch Kiraly yelling: “That’s it. That’s our emergency work for today.”

Emergency sessions are a regular occurrence in USA practices, and the team’s attention to these types of plays is noteworthy. As USA setter Lauren Carlini points out, “There are times when the ball is going to go into the net or come off the block weird, and you have to find a way to keep it up. (These plays) don’t happen often, but they usually happen in really important points.”

And let’s face it – at the highest level of the game, all points are really important.

“The difference between winning and losing is tiny in international volleyball,” says Jim Stone, former head coach of USA Volleyball’s Youth National Team and the former head coach of the Ohio State women’s team. “If you can save a point by making an emergency type of play and then win that point, that could mean the difference between winning and losing a set.”

In college volleyball, preparing for emergencies is similarly important. John Dunning, who coached five NCAA championship teams at Stanford and University of Pacific, leads a warmup drill here that helps players develop just the kind of ball-control skills needed to deal with plays that fall into the emergency category: tips that aren’t close enough to play with your platform, balls in the net and funky bounces off the block.

In Stone’s opinion, emergency work should also be included in the practice plan for club and high school teams, but with one caveat. The coach has to prioritize. Which is to say that if your team is full of players who can’t serve the ball in the court or pass within 10 feet of the setter, fix those things first.

As it relates to emergency training, it’s always good to keep this truism in mind: the sport of volleyball isn’t wrapped in a nice, tidy package.

“All the skills are situational, and you have to practice for those situations,” Stone says. “Teams will practice defensive skills with a coach hitting balls at a player but often don’t practice for when the ball comes off the block and the player has to play it above their head. And teams practice perfect sets to a hitter, but do we practice what to do with a set that’s low and tight and inside? Preparing for the randomness of what you’ll have to deal with on the volleyball court should be a priority at every level.”