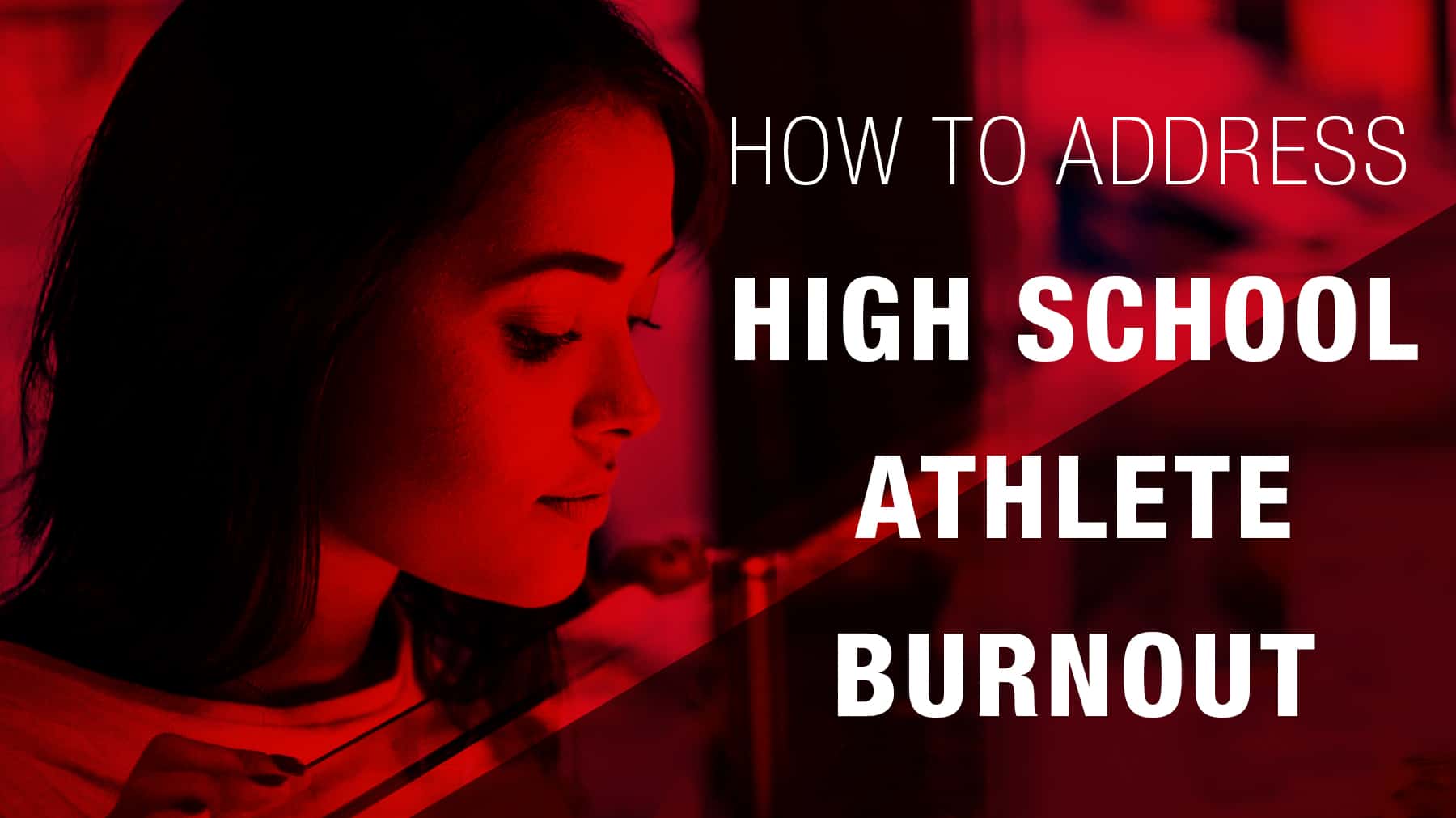 As the demands on high school athletes to play year-round increases, so does the need for parents and coaches to be aware of the signs of burnout. Performance Psychologist Jim Loehr said although there is no clinical diagnosis for burnout, those most likely to exhibit symptoms are easy to recognize.

"Those who are most prone to it are the dream kids for coaches because they always try to please,'' Loehr said. "They rarely complain, never say no and they assume that coaches know what's best for them.''

While playing sports year-round can have benefits, such as helping an athlete earn a college scholarship and facing better competition, some athletes can wear down under the seemingly constant grind.
Loehr said burnout results from "coaching styles and parental styles.''

"Sometimes messages get sent by parents and coaches that everybody is practicing, except for you, and if you take that time off, you'll never catch up,'' Loehr said.

Said Dr. Stephen A. Russo, director of sports psychology at Nova Southeastern: "Maybe it's the parents' job to step in and not let their child burn out. Parents sometimes lose perspective. They need to tell the child to take a day off."

But what if the kid is enjoying himself and wants to play?

Orlando Christian Prep basketball player Dmitri Thompson gave up football to concentrate on basketball year-round as a rising sophomore. He acknowledged being worn out in stretches where he alternated high school and AAU practices or games for five or six days in a row. He thinks the highly competitive quest for the attention of college recruiters requires that commitment.

"It does get tiring, but the harder you work the better you get I believe," Thompson said. "I wouldn't change anything.''

He doesn't see mandatory breaks or more time off as necessary. The thing he would change about the current system is to spread the intense pressure of basketball's key recruiting month, July, to the high school season.

"The college coaches should also be able to come us see play with our high school," he said.

Still, some athletes wear down under a 24/7 schedule to train and compete. They often have little or no rest between the high school season, club teams and the AAU competition schedule.

So if mental rest is accomplished through time off, what about the physical limitations that can lead to burnout? Warning signs are numerous.

Overuse of the body by constant training and participation can lead to injury.

"The more competitive the athletes are becoming, the more injuries we are seeing at the severity level," said Aaron Santiso, director of sports medicine at Peak Performance in Fort Lauderdale. "If there is not a time to stop and rest, there is a fatigue element at risk. When athletes are tired physically, it can create a mental burnout."
The Educated Sports Parent and The American Academy of Pediatrics have studies showing the importance for adolescent athletes to take time away from the sports they have invested in. Each group suggested signs of burnout or overtraining syndrome include personality changes, chronic muscle pain, lack of enthusiasm and difficulty completing ordinary activities. They also suggest taking a break between training seasons to avoid injuries and burnout.

"The recovery mechanisms of the body start to fail,'' Loehr said. "The sleep cycle is not as rich and robust as it usually is. You don't feel rested when you wake up, dread having to get out of bed and are hungry all the time.''
ESPN commentator Mark Jones, whose 17-year-old son Shea is a member of Team Florida, said parents have to guard against burnout: "It is a grueling season and you have to manage it well," Jones said. "You have to make sure that your kid gets breaks because you can get overuse injuries if you don't."