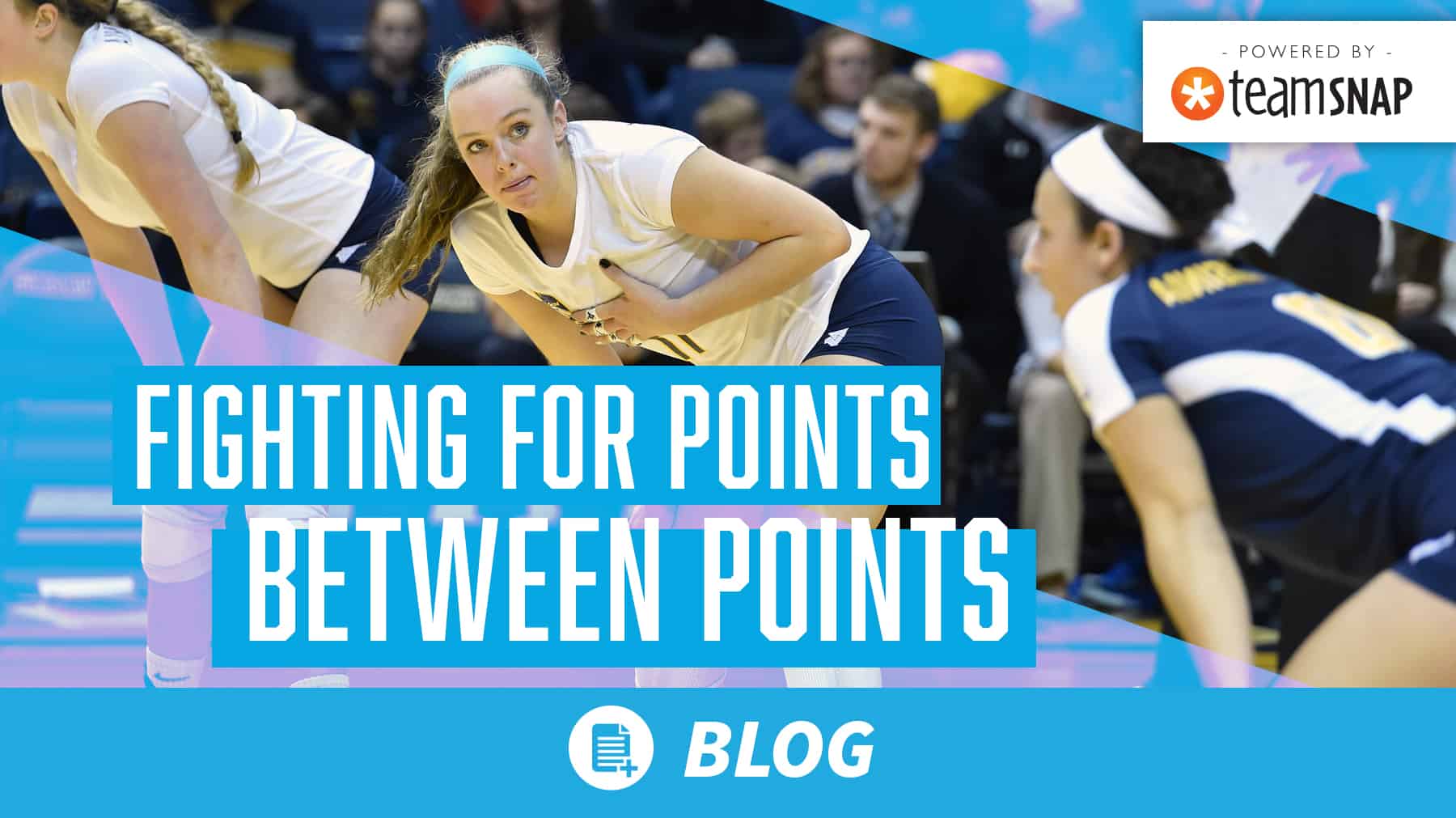 I was 14 years old, sitting at a tournament, waiting to play a match. I was finally in high school, and blocking had all of a sudden become a part of the game as growth spurts gave girls the ability to really get over the net.

I watched as the outside hitter in the match played before our match got roofed. I watched as her head dropped, as her shoulders slumped, as she walked back to serve-receive avoiding the eyes of her teammates. I watched the energy and the momentum of the match rush from her side of the court over to the other. And in one moment I realized that I had to figure out how not to do that.

I made up a game that day for myself. I decided that every point I played was really worth 2 points. Point one is the point decided by the rally. I got blocked; they got the point. Point 2, though, depended on my reaction. If I slumped down, got frustrated or let them get to me in any obvious way, then I lost the point. But if I walked back, head up, engaged with my teammates and wanted the very next set, then I won the point.

Here are 2 misconceptions that I want to clear up:

I will always make mistakes and my opponent will make good plays. But you can be sure that I’m going to beat them at the game that they don’t even know we’re playing.

I’ve carried that game with me since I was 14 – every time I was blocked, aced or I served a ball into the net. I’m forever grateful to the girl I watched get blocked for teaching me that lesson.

Fight for the points between the points just as much as you do for the ones when the ball is in the air. It’s the combination of the two that ends up reflected on the scoreboard.