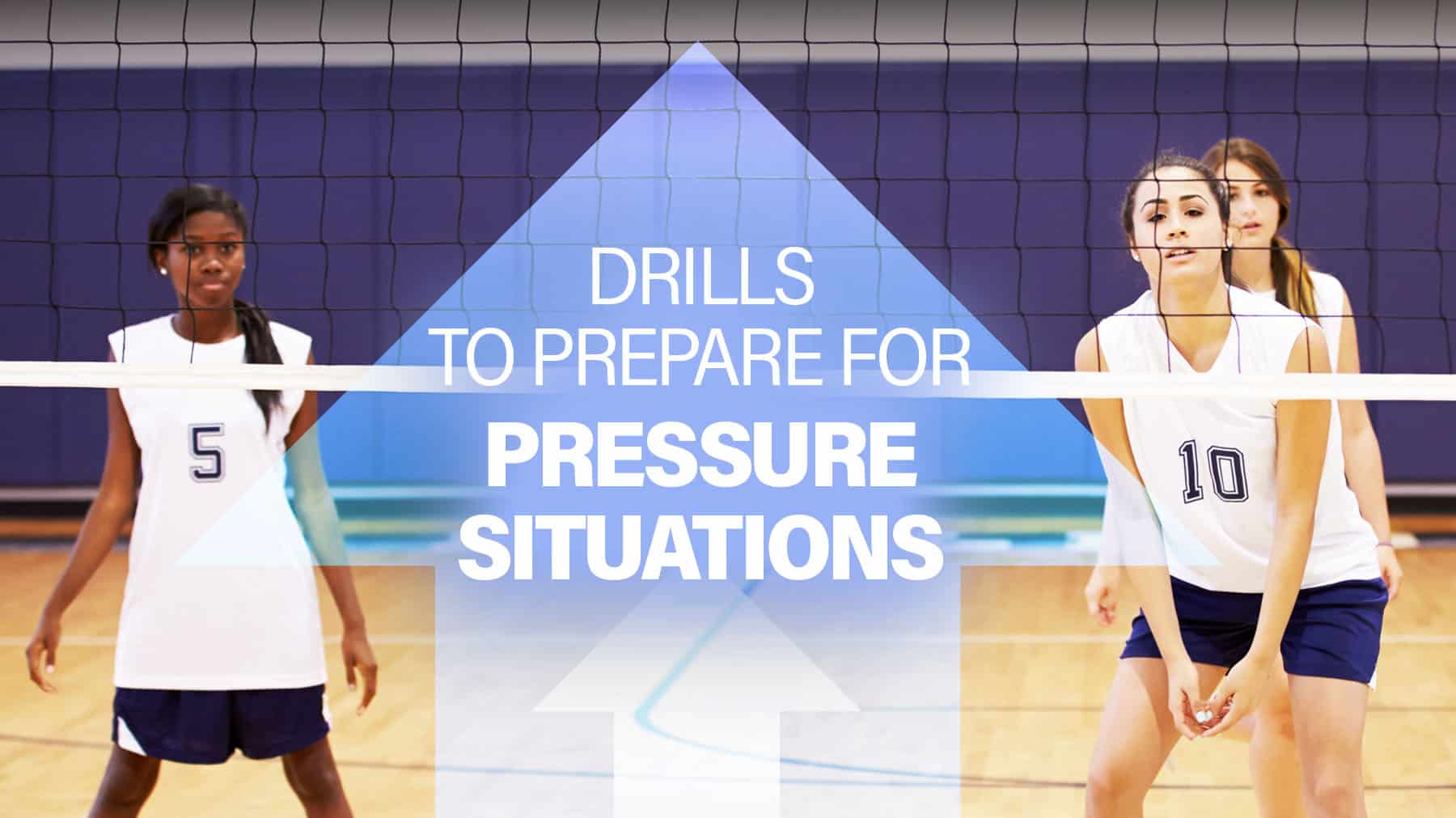 Practices should simulate competitive situations and the game atmosphere as much as possible. Try to have "dress rehearsals" during practice at least once a week. Make the athlete face what they will face in the real game. Reserve parts of every practice to simulate games. Then, introduce pressure on the players by setting up realistic situational drills.

Basketball example: Give the team the ball under their own basket and say to them - 'you guys are down by a point, there are 5 seconds left and you have got to inbound the ball. Then let's see how you dribble against the press and see if you can get the shot off.' Spend 10 minutes working on that because during the season that situation is going to come up at least once or twice.

Tennis example: Set up a drill where the coach tells the athlete, 'OK, you are serving for the set now. Let's see how you do.' Play points as if they are actual game points. Often times, you see tennis players serving for the match, yet they can't close it out. So simulate that type of pressure situation in practice. Pretend that it is 5-4 and the player is serving for the match, then tell them they are facing a high ranked opponent. They will be much better prepared when they face the same situation for real.

Field hockey and softball examples: Start a practice game with the team down 5 to nothing and see how they do starting off with a deficit. It is particularly difficult when teams are not used to playing from behind. Tell them they are behind and see how they do. The goal is to make the athlete know they can come back. Similarly, athletes must learn how to stretch a lead and "finish off" opponents in those types of games.

Football example 1: Make them attempt a 40-yard field goal with 3 seconds left. Set the clock for 3 seconds, have the defense rush in and have the snapper and holder execute.

Football example 2: A college football quarterback could not throw the ball effectively in the rain. He had a mental block where he couldn't grip the wet ball. To overcome this hurdle, he would dump the balls in a huge water bucket and then spend an hour a week in the summer practicing throwing a wet ball to his receivers.

Football example 3: The University of Miami trailed rival Florida State with 1:37 on the clock and two time-outs. They drove the length in the field in less than a minute to win the game. According to quarterback Ken Dorsey, "It seemed easy to me because Coach Davis puts 45 seconds on the clock and makes us go 80 yards in practice (trying to get a winning touchdown late in a close game).

The key with all these drills is for the athletes to develop the sense of, 'been there, done that.' They don't lose their composure when they get behind because they know they can come back.