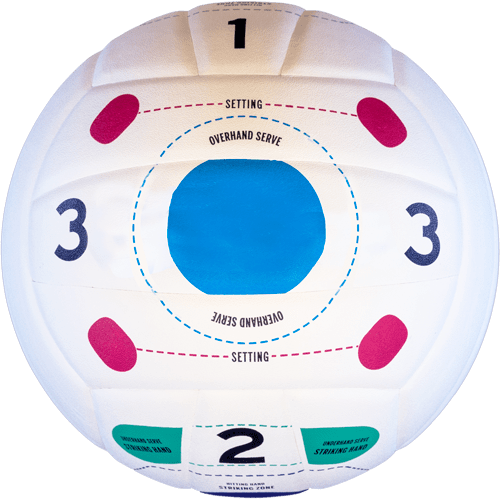 A float serve can be a huge point-scoring weapon in volleyball. In this video, youth volleyball coach Deborah Newkirk teaches young players how to deliver a great one.

One of the keys to an effective float serve is hitting the ball in the right place so it has little to no spin as it travels across the net. The less spin, the more the ball will waver in the air, making it difficult for the receiving team to pass. Once players learn how to eliminate spin, their serving numbers are sure to improve.

This video only covers part of what it takes to develop a good floater. Other volleyball serving fundamentals include the position of the hitting and tossing hand/arm, weight transfer from back to front, hand shape and follow-through.

Here are three points of emphasis when teaching the float-serve toss:

How the drill works:

Find a wall, serve the ball

This wall drill can be done at every practice, and it can also be assigned as volleyball “homework.” Every player has a ball, and every player can find a wall, so there are no excuses. By putting in a minimum of five minutes a day, players will get used to the simple mechanics of no-spin tosses followed by center-point strikes. From there, great serves will follow.