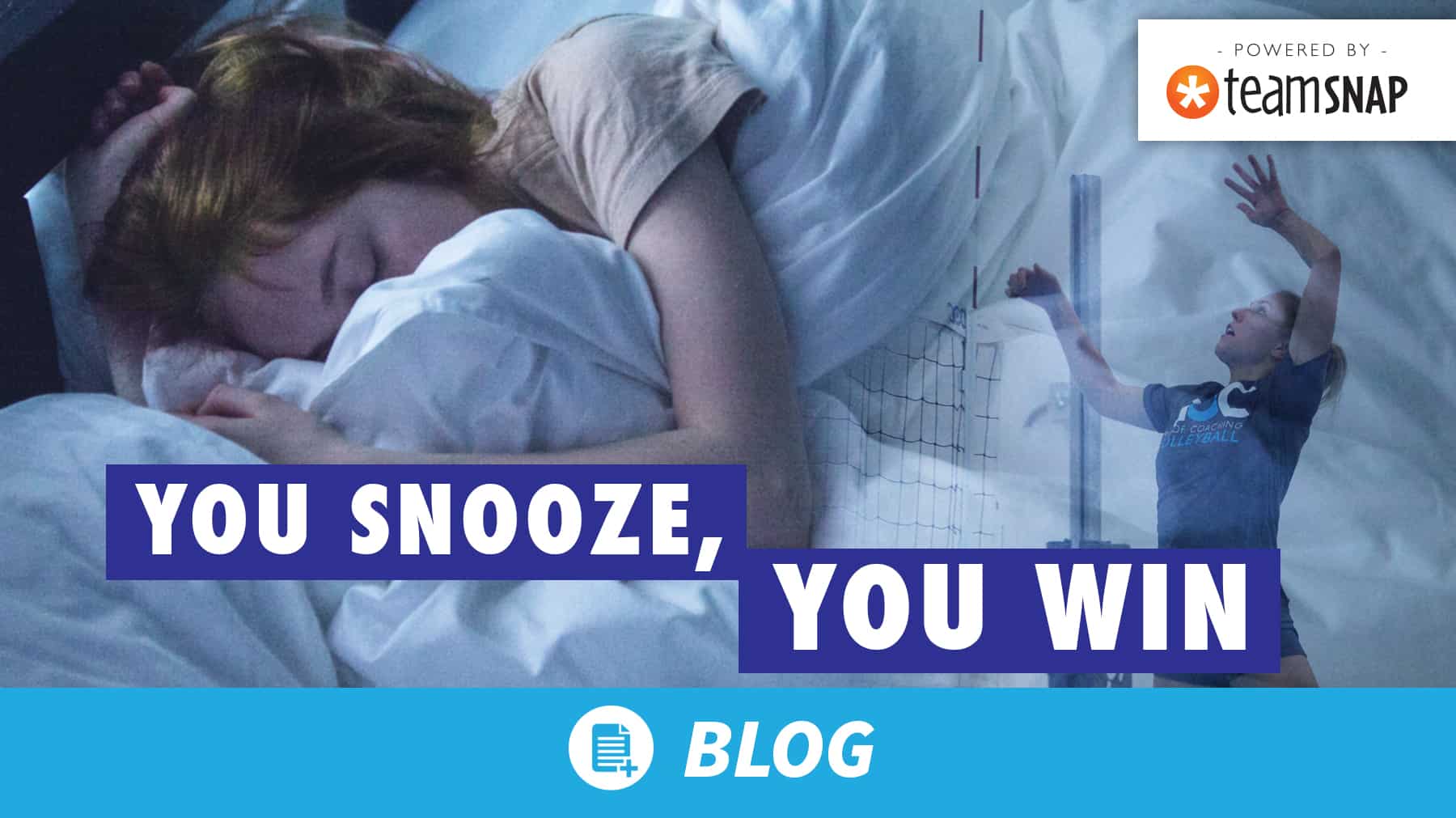 Sleep is not a vice. We should all remember that. We hear stories about high-achievers who only sleep 5 hours a night, and it leads us to view sleep deprivation as a badge of honor – and maybe to feel guilty if we get a full 8 hours or, God forbid, 9.

The underlying message: sleepers are slackers. In fact, that couldn’t be further from the truth. Plenty of very successful people need their sleep and value their sleep and make it a point to get their sleep. One is Jeff Bezos, founder of Amazon and currently the world’s richest person. This was his quote to The Wall Street Journal: “I’m more alert, I think more clearly and I just feel so much better all day long if I’ve had 8 hours.”

For active volleyball players (and other athletes), sleep is even more important. Christa Dietzen, captain of the bronze-medal winning 2016 Olympic team, will tell you that she wishes she’d paid more attention to it when she was an All American at Penn State. On the national team, she learned to make sleep a priority and says it was “so important” for her recovery from hard training sessions and tough matches.

Shawn Hueglin, a sport dietitian at the U.S Olympic Committee, says a good sleep guideline is 7 to 8 hours for adults and 9 to 10 for adolescents. How do you gauge it? Simple, says Hueglin. Sleep for 8 hours and see if you feel rested. If not, try 9.

As for naps, Hueglin recommends no more than 20-40 minutes so you don’t risk disrupting nighttime sleep. She also says naps aren’t for everyone; if you have trouble waking up from a nap, you’re probably better off concentrating on improving nighttime sleep habits.

A sleep-deprived volleyball player will likely experience a number of symptoms that are detrimental to performance, Hueglin says. Among them: slower reaction times, poorer memory, a reduced learning capacity and, possibly, greater irritation when something doesn’t go right, including mistakes in matches or practices or criticism from the coach.

I won’t get too deep into the science, but here are 3 problems associated with not enough sleep that Hueglin identifies:

One of the most common excuses people give for not getting enough sleep is that they’re busy, too busy to log more time with their head on the pillow. Hey, I get it. It’s tough to fit it all in. But then again, we’re all busy. Certainly, Jeff Bezos is. So learn to accept the fact that you’ll be better in your waking hours if you budget enough time for the non-waking hours. It’s as simple as that, really. You can be a tired, sluggish, slower-moving, slower-thinking volleyball player/student for more hours in the day or an alert, rested, better-performing volleyball player/student for fewer hours.

The choice is yours.