If your child has played youth sports for any number of years, you know there comes a time when coaches need to find various consequences (usually unfavorable) to correct poor performance, attitude or other things that need to be addressed. It’s the name of the game. And the name is usually synonymous with burpees, push-ups, suicides, gassers, shuttle runs, one-on-one, ball-on-one – we all know the drill. 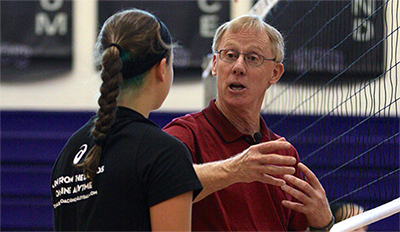 For athletes 12 and under, it’s best to advocate one-on-one with the coach away from the child. But for athletes over the age of 12, teaching them the valuable skill of advocacy is our best bet as a parent.

“Sports don’t create character, they reveal it,” says Joe Jardine, a licensed marriage and family therapist in California. “Parents, parenting, home life – that is where character is created.”

Jardine, who has a master’s in clinical psychology from Vanguard University, offers 6 guidelines here on effective ways young athletes can communicate with their coach:

When we begin a team sport, parents and players alike need to understand that the coach is still the leader of the team. However, if a consequence seems extreme to you or your athlete, the guidelines above are a great place to start to open the conversation.

Keep in mind, the most important place we can teach a young athlete how to advocate with character is at home. The way we handle things like conflict and adversity in our home is the biggest contributing factor to how they will deal with it outside the home.