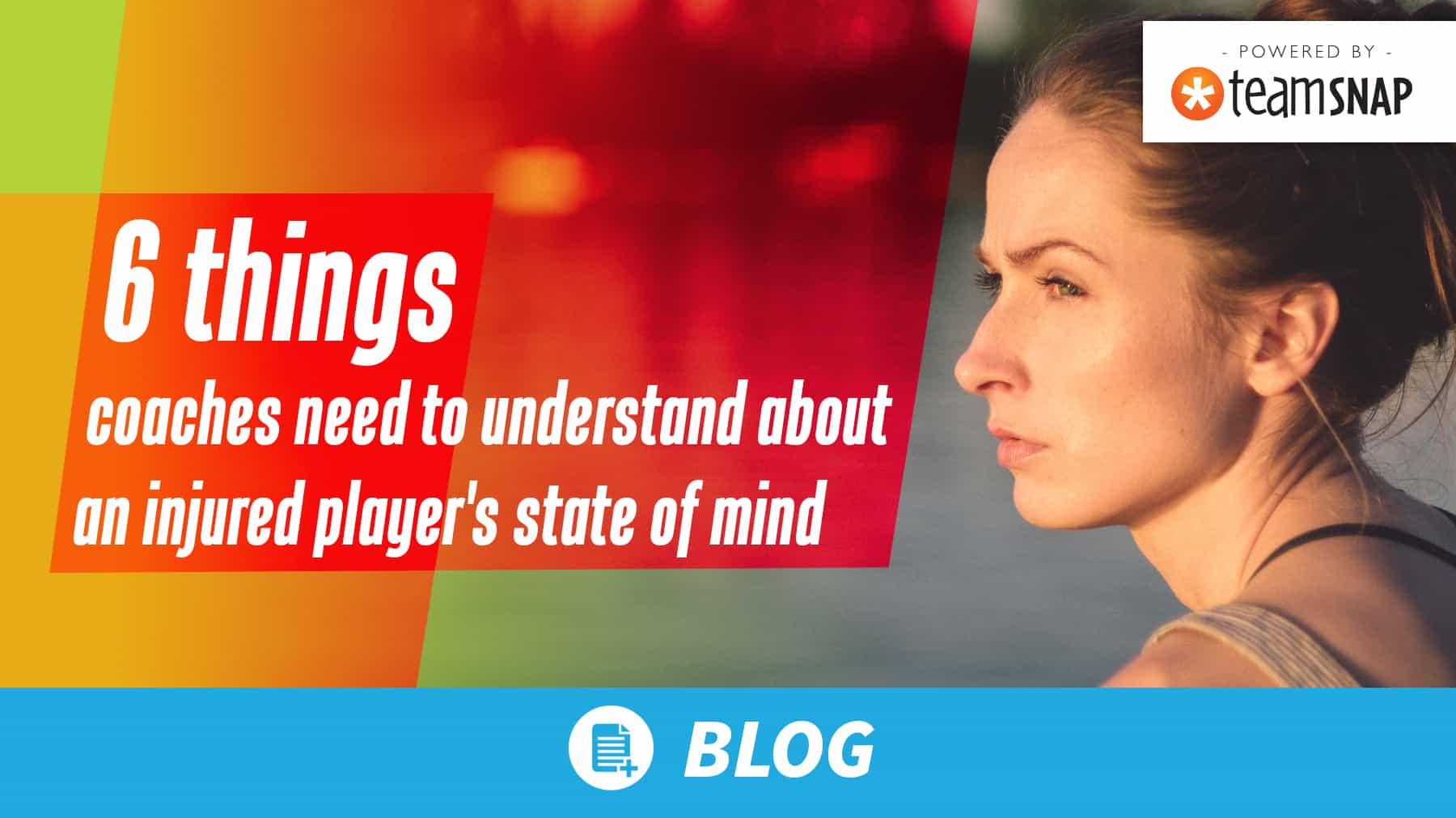 As a senior in college playing my final season, I can definitively say that I was one of the lucky ones. I went a full 9 years of competitive play without so much as missing a practice with an injury. Over the years, I watched many teammates face various injuries, some career-ending, others that grew in severity after prolonged wear and tear.

Toward the end of last season, I rolled my right ankle and had to sit out a match for the first time in my life. Luckily, the injury wasn’t serious. I was back playing a couple of days later. This was all I knew of injuries – a quick and painful inconvenience but one that could be convinced to clear up if I had enough willpower. So when I faced a far nastier sprain in my left ankle at the beginning of this season, I was ill-prepared for the psychological pressures that come with an actual injury. The sprain put me out for 2 ½ weeks, which doesn’t sound like much. But during the incredibly short fall volleyball season, 2 weeks is enough to put players well behind in their training. Additionally, it happened on the first day of preseason, when we were practicing twice a day for 3 hours at a time. I felt like I was missing closer to a month’s worth of practice.

Alternating thoughts of hope and disappointment came in waves, sometimes by the day, sometimes by the hour. It was a mental game unlike any I had experienced and one that I know will resonate with anyone who has had to miss training and competition for an injury.

I think this is something that coaches often overlook. Of course, it’s never intentional, and coaches need to focus on players they can help in that moment. But gaining a deeper understanding of how injured players feel may allow those of us who do coach to do a better job helping our athletes overcome the psychological hardships of the recovery process.

With that in mind, I’ve shared 6 thoughts that went through my head during my recovery.

I thought I’d heal overnight. I was shocked to find that my ankle was actually worse a few days later. I had convinced myself that I could go to bed and wake to find myself nearly back to normal. When that didn’t happen, I felt intense frustration. I tried to do as much rehab as possible, and I was angry when my athletic trainers told me we had to stop because they didn’t want to push it too hard. I had equated more rehab to faster healing, but sometimes injuries just need time.

2 | “My coach and teammates are upset with me.”

This thought and similar ones ran through my head in those first few days, especially because my injury happened at the beginning of season. Even though my coach, teammates, and I all knew that ankle injuries are common in volleyball, I felt like I had disappointed them. Of course, this wasn’t true, and I was told so multiple times. But I still couldn’t help feeling like I had done something wrong. My reasoning was clouded from being forced to sit and watch instead of play. As coaches, it’s important to tell your players early on that you know injuries happen and that it’s better for them to heal properly than to rush things and risk injuring themselves further.

One of the most frustrating parts of being injured was the overwhelming feeling that I couldn’t do anything. I never noticed it before, but a lot of activity involved ankle movement, or both of my legs. Another teammate of mine broke her wrist, which put her in a cast for 6 weeks. There’s not much you can do in volleyball with only one leg or one arm. It was frustrating how much I wanted to do but simply couldn’t. I felt completely useless, and that feeling was magnified when I had to sit out our first tournament. But there were many other ways I could help my team, and I still found ways to be involved and supportive in practice. I discovered that it was easier to deal with when my coach found jobs for me to do or things I could help with.

Shortly after I realized I wouldn’t be back on the court in a couple of days, my mind jumped to the other extreme. The longer I was out, the more I began to think that I would be injured forever. The swelling and bruising were more prominent on Days 3 and 4 than they had been on the first and second day, which made me feel like the injury was getting worse rather than better. (That’s actually not the case. Bruising means it’s healing!) At some point, I felt like the rehab was no longer doing anything and the progress wasn’t occurring at the same rate. This was just the frustration and emotional exhaustion talking. I did eventually get back to full playing, but before I did I hit another strange feeling …

My first attempt at jumping again after I injured my ankle was terrifying. Some of the exercises I tried were physically painful, and others were inhibited by a mental block. I was scared to jump normally and put any weight on my injured ankle, which meant I was putting all my weight on my other one. That’s not good for playing volleyball. The first day I tried jumping, I was extremely disappointed with the results and I was angry that I couldn’t push through the mental side of it. But the next day, I tried again and was much improved. That gave me the confidence I needed to get excited about being back on the court.

In the grand scheme of injuries, mine was very small. I was only out 2 weeks; it felt longer because it happened in preseason. However, it was the first time I really couldn’t play, and that reminded me how much I love to play. I can only imagine how strong this feeling would be for injuries that last many months. I didn’t enjoy the injury at all, but it did make me realize how lucky I had been to be given the opportunity to play this sport for so long, and how much I should cherish the time I had left to play competitively.

Injuries are never fun, and they can be physically, mentally and emotionally draining. As coaches, it’s hard to know what to say or do with a player who is injured. The most important thing is to treat them as you would any other player and help them feel engaged and included. They want to be back on the court as much as you want them to be, but it’s important to let them know that you have their best interests at heart and are OK with them taking the time they need to heal properly. For them to feel completely ready to play again, the thing they may need most is your confidence and support. Finally, remember this: first and foremost, volleyball is a game. Fun and smiles will go a long way – hopefully all the way to the championship match!