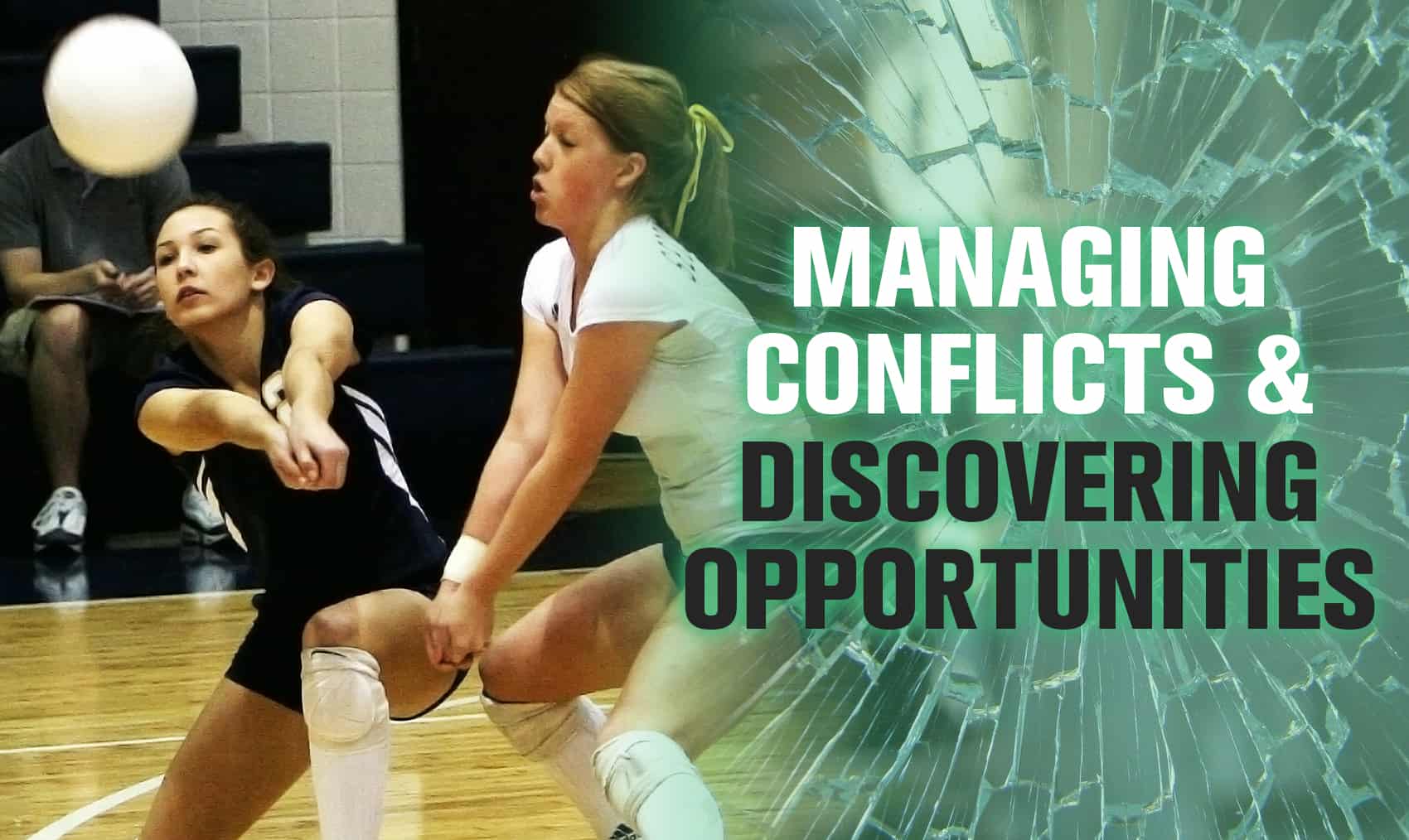 Follow
A series for talking about the tough stuff

Conflicts come in many forms. Some are small, short-term, and not too emotionally weighty. Other conflicts can feel quite onerous and complex requiring protracted amounts of time to process and resolve. In either scenario, conflicts can often trigger both psychological discomforts (e.g., anxiety, restlessness, worry, unease, fret, depression) as well as physiological reactions (e.g., stomach distress, muscle tension, headaches) the resolutions of which are influenced by the degrees of singular or cumulative consequential angst and disquiet.

Conflicts can exist between two people, two families, two organizations, or two world powers. Conflicts can also arise within families, organizations, administrative units, even teams. Team conflicts usually manifest in three forms; between players, between coaches and the teams they manage, and between coaches and their assistant coaches. Conflicts, however, do not solely exist between entities who hold different viewpoints and perspectives or within relational units. Conflicts can also be intrapersonal, also known as inner conflicts. Past and unreconciled struggles, some perhaps connected to events or circumstances felt to be traumatic, can fuel intrapersonal conflicts. Worries, concerns, or confusions about present-day matters or events and/or anticipatory anxieties associated with real or perceived future events can also trigger and maintain inner conflicts that, depending on multiple factors, may or may not be easily resolved.

Conflicts are inevitable and though variably uncomfortable to experience also provide abundant opportunities to explore and examine root causes of the tensions that have surfaced. It is important to keep in mind that if ‘something’ surfaces it means that the ‘something’ was already there lying dormant. So, when conflicts arise here are a few suggestions for exercising control over how you manage your responses.

1| Frame all conflicts as opportunities:

The outward appearance of conflicts can look combative and contentious and subsequently, can feel ‘not good’, stressful, and menacing. This can be especially true if conflicts are ongoing. Nonetheless, persons will not witness or experience conflictual situations without there being opportunities hidden somewhere therein. The
questions are not whether opportunities exist, but at what point will they emerge and in what form or forms will they come to fruition. In short, have a mindset that facilitates discovery of new ideas, perspectives, opinions, and direction or that readies you for reaffirming beliefs and perspectives you believe to be valid and true.

2| Assume that there is a source of the conflict:

Understand that conflicts do not just materialize out of thin air or originate from nothing. Conflicts are always and forever responses, indicating that an event, situation, or person or personal recollections served as the trigger to the conflict that has emerged. Identifying the source or sources of the conflict is rarely immediately obvious. The invitation herein is to be patient and trust that at some point the source will be revealed.

Once revealed, spend a few more moments clarifying the issue/issues that is fueling the conflict in need of resolution. In short, in what assumptions, premises, or tenets is the upcoming conversation rooted. You might also find value in asking, “Why now is this conflict emerging?”

It has been said that we have been given two ears and one mouth for a reason; because we are to listen twice as much as we are to speak! Further, the key to maximizing a person’s ability to listen is contained in the six letters used in the spelling of the word. When those six letters are positioned differently, they spell the word ‘silent’. Remaining silent particularly when coupled with suspension, at least momentarily, of personal biases, opinions, and perspectives, positions persons experiencing the conflict to hear, sense, and feel something different than would have otherwise been felt, sensed, or heard. Biases, opinions, and perspectives are likely filtering important information, sometimes nuanced, leading to misinterpretations and consequentially, delaying the emergence of the promised opportunities.

5 | Decide if the conflict you are facing is a 5-minute, 5-hour, or an across-time situation:

‘Guesstimating’ ahead of time the amount of time it could take to resolve current conflict(s) helps keep expectations in line. For example, 5-minute (or less) decisions might come in the form of the following questions:

Questions framing 5-hour conflict situations might be stated as:

In short, usually by the end of the day, 5-minute and 5-hour conflicts are resolved. Responding to festering organizational conflicts, long standing family ‘drama’, drawn out relational discord, or protracted team tensions represent across-time situations that can take weeks, months and sometimes years to resolve.

Decide, in advance, how you would like the conversation or conflict to be resolved. In short, when all is said and done, what verifiable and measurable outcome(s) will serve as evidence of your accomplishments?

Once you have clarity about your hoped-for outcome(s) and can see it in your mind’s eye, identify concrete steps you can take to achieve the outcome(s) you desire.

8 | Seek to evaluate outcomes and measure effectiveness of plan:

Along the way, make time to look at and evaluate the progress that is being made. Then, decide whether to stay on course as originally planned or modify the plan so that it is better aligned with stated outcomes.

Lastly, recognize that longer-standing conflicts may need to be reconciled in ‘pieces’ or stages. Progressive or graduated reconciliations can be just as satisfying as finding success on the very first attempt at resolution.