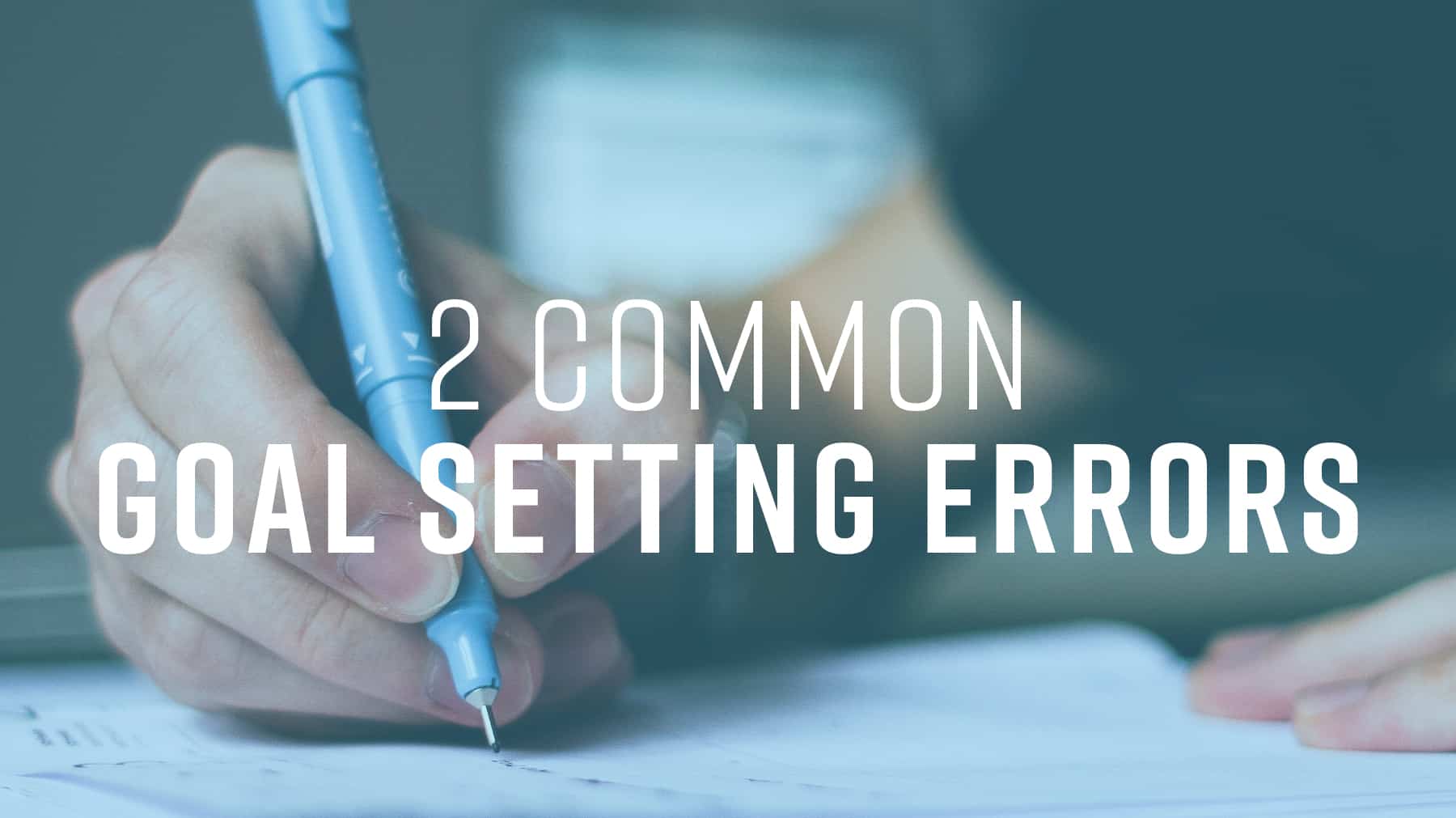 The following deals with anticipating and safeguarding against the most common errors in goal setting. First, goals must be distinguished from "wishes, hopes, and dreams" by their specific, behavioral and observable nature, and the fact that they must include a specified time period for their completion.

There are three basic types of goals: product goals (where the focus is on the outcome; like "becoming a starting player"), process goals (where the focus is on one's own performance and on factors directly under the athletes control; like "running four 60 yard wind sprints after practice three days per week"), and "do your best" goals (which sound altruistic and positive but invariably lack specificity and detail; like "I'm just going to beat my best bench press when I lift weights this week").

Goals should be set for the four pillars of your sport: technical skills, tactical requirements, physiological demands and psychological components. Once athletes (and coaches as goal monitors) begin to set observable, measurable goals and specify the date for completion, it is not uncommon to experience increased motivation and excitement as goals are successfully accomplished. This exuberance leads to two of the most common goal setting problems: * Setting too many goals too quickly * Setting unrealistic goals based on one's current level of performance.

While there is no magic formula for how many goals to set in a particular time frame, I generally encourage athletes to focus on a maximum of three to four goals per week: a "goal set." The challenge is to keep the goals meaningful, relevant and motivating. Goals should not control your athletic life or become burdensome to the training regimen. Rather, they should serve as guideposts and standards of excellence that are individually significant. They should be difficult but realistic and only you and your coaches can determine what that may be.

For example, if you are currently bench-pressing 200 pounds, it would be an unrealistic goal to bench-press 250 pounds (a 50-pound increase from your previous best) in one or two week's time. Let's say your long-term goal is to be able to bench-press 250 pounds, however. Perhaps the best way to utilize effective goal setting is to make a commitment to "complete three sets of 10-12 repetitions three days per week at 200 pounds for the next four weeks, using perfect form." The process of bench-pressing consistently each week, following proper strength training guidelines will bring behavior completely under your control (barring injury or illness) and make you closer to reaching your ultimate goal.

Likewise, if your goal is to improve your free throw shooting percentage over the last season, then establish a realistic long term goal of say, a 10% improvement in nine months and then devise a "goal set" plan to achieve that outcome. Specifically, you may commit to shooting an extra 100 free throws each week for three months, or you may "goal set" to shoot however many free throws are required to make 50 after practice two days each week. Both of these goals would be excellent means to bring you closer to achieving your long-term goal of improved free-throw shooting percentage.

The key point to emphasize is that it is better to design fewer, high-quality goals and commit to their successful accomplishment than to set too many goals and hope that several will be accomplished. Decide what aspects of your performance are most important to you and which skills you want to focus on for a particular week. Once you've made that determination, you are then ready to create your weekly "goal sets."