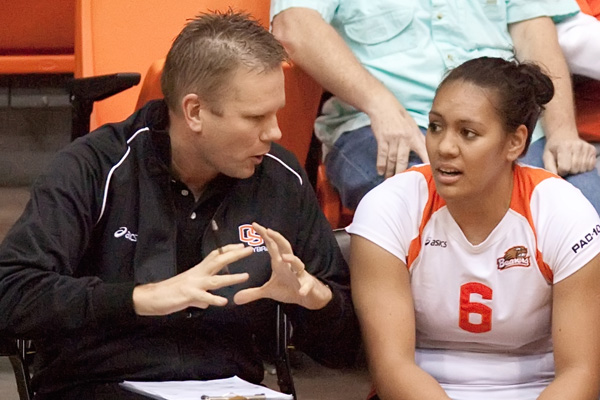 One of Mark Barnard’s trademarks as a volleyball coach is his ability to break down the game for players and staff in a way that is clear and easily understandable. And he does it on two continents: here in the U.S. as the head coach of the Oregon State women’s team, and in his native land Down Under as the head coach of the Australian women’s national team.

As part of our ongoing series, here are 10 things Mark has learned in his coaching career: